Following the study from the School of Kinesiology in Auburn's College of Education recently published in the journal Nutrients, a group of doctoral students provided recommendations to the United States Army's Human Performance group at Fort Benning, Georgia, on how to implement the findings to improve soldier fueling.

"Injury prevention and long-term health is a key focus of our research," said Professor JoEllen Sefton, director of the Auburn University Warrior Research Center. "In addition to looking at these fitness measures and body composition, we are also investigating other benefits of protein supplementation, such as reductions in injury rates."

According to their research, twice daily supplementation with whey protein improves push-up performance and reduces fat mass during Initial Entry Training in comparison to a carbohydrate supplementation group.

Their recommendations, combined with other research, anecdotal evidence and Army recommendations, led to new nutrition policies implemented in all One Station Unit Training units. Soldiers now receive an additional Meal Ready-to-Eat in the field supplied by and paid for by the Army.

In addition, when the soldiers are not in the field, but are in garrison, they are allowed to purchase up to two protein shakes per day on their own. The shakes will be stocked by the unit and distributed by their drill sergeants, demonstrating the Army's commitment to improving soldier fueling.

"The soldiers also see the value in this nutritional supplementation and are taking advantage of it," Sefton said.

Auburn's Warrior Research Center is helping the men and women of the U.S. Armed Forces—as well as firefighters, police and first responders—to maximize readiness and prevent injury through improved health and wellness, physical and technical performance, and vehicle and equipment design.

"We want our retired veterans to enjoy quality of life in the years following their service to our country and communities," said Sefton.

Additional soldier fueling studies are under way between the Warrior Research Center and the military.

For more information about the Warrior Research Center, go to www.auwarriorresearch.com. 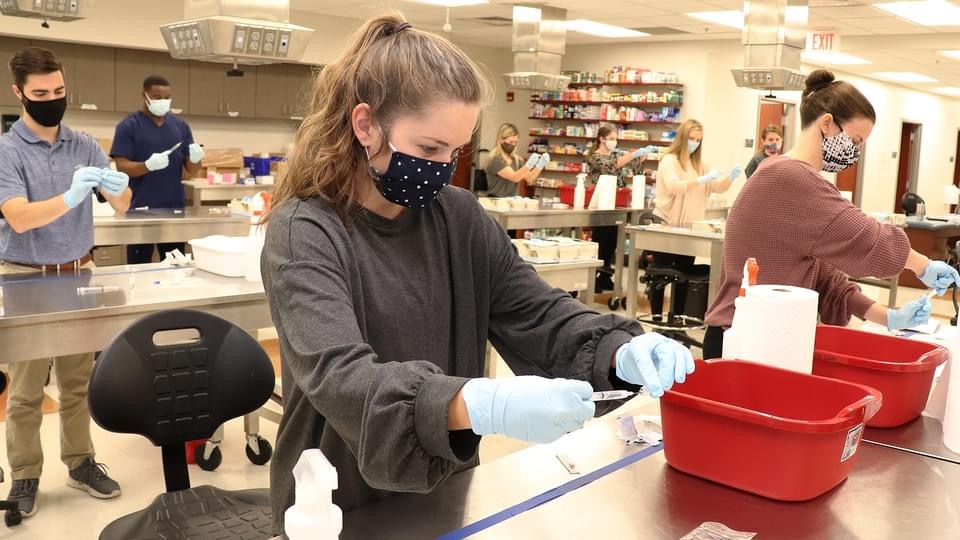