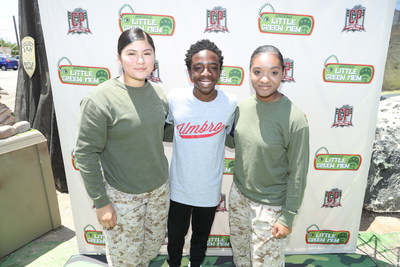 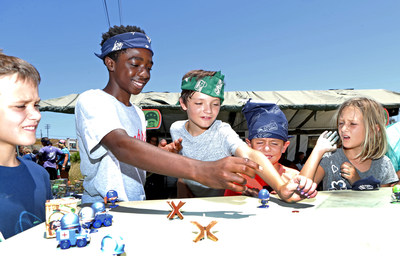 "Awesome Little Green Men is a fresh new take on little green army men, but raises the bar by infusing battle and game play with amazing new characters to collect," said Isaac Larian, CEO of MGA Entertainment. "With our proven track record of creating successful collectible toys, we are excited to deliver an amazing new brand for kids to enjoy."

Although small in stature, Awesome Little Green Men's larger than life expressions lets you know just how serious they are about the mission. With more than 100 unique characters to collect in Series 1, including four super rare figures in the green army and blue army, the new toy is more than a collectible – it's a game too. General Pain and General Panic lead the troops, and the goal is to build the best squad in order to win the game. Each pint-sized character is a member of a special unit, and all have seriously funny names such as "Private Porkchop," "Captain Obvious," "Sergeant Swag."

In recent years, MGA Entertainment launched two hit collectible toy brands, Nums Noms and L.O.L. Surprise! which continue to be among the most popular toys today. According to the NPD Group, L.O.L. Surprise! Dolls Assortment was the #1 item in the Dolls Supercategory and #2 item in Total Toys in YTD June 2017.* Now MGAE is expanding its assortment of toys that appeal to both kids and collectible enthusiasts with the introduction of Awesome Little Green Men.

To bring Awesome Little Green Men to life, MGA Entertainment hosted an epic battle at the Paintball Park at Camp Pendleton in Oceanside, Calif. The friendly competition was fierce, fun and definitely awesome!