RESTON, Va., Dec. 16, 2016 /PRNewswire-USNewswire/ -- Bechtel, the global engineering, procurement and construction firm, today congratulated Bechtel Group, Inc. Vice Chairman Bill Dudley for winning the prestigious LNG "Executive of the Year" award earlier this week at the 17th CWC World LNG Summit in Barcelona, Spain.  Mr. Dudley earned the award for making "an outstanding contribution to the development and future of the LNG industry in the past year" according to the CWC Group, which organized the three-day event drawing more than 500 LNG leaders from around the world.  Mr. Dudley has been instrumental in the development of Bechtel's LNG business, leading the company to holding the largest share of the LNG engineering, procurement and construction market over the past decade. 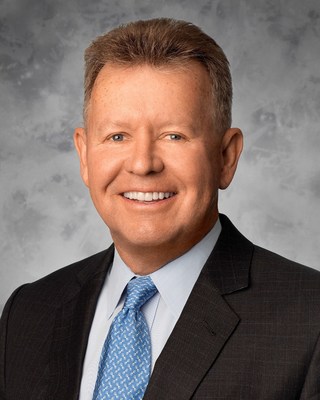 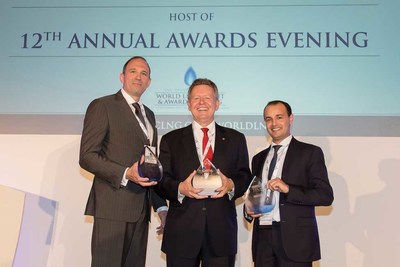 Upon receiving the award, Mr. Dudley said "I am deeply honored to be recognized for contributing to the development and future of the LNG industry. I accept this award on behalf of the tens of thousands of dedicated, hard-working, and inspiring Bechtel colleagues who bring these extraordinary feats to life. It is a great privilege to have our clients' trust to design and build the engineering marvels that are transforming the world's energy prospects."

The executive of the year award was chosen by a special selection committee comprising senior industry executives associated with LNG and represents the only honor bestowed upon an individual at the CWC Awards event.

During most of his 35-year career at Bechtel, Mr. Dudley has served as an industry pioneer for the development of LNG projects around the world, including most recently leading the peak construction through completion phase of Bechtel's $25 billion Curtis Island LNG megaprojects in Australia. The three simultaneous construction programs at Curtis Island represent the largest concentration of private-capital investment in Australia's history.

Earlier in his career, Mr. Dudley served as Bechtel's general manager for its Asia Pacific pipeline business as well as project manager for pipeline projects in Thailand.  In 2001, Mr. Dudley became president of the Oil, Gas & Chemicals business which became Bechtel's largest and fastest growing unit during his seven-year tenure.

About Bechtel:Bechtel is one of the most respected global engineering, construction, and project management companies. Together with our customers, we deliver landmark projects that create long-term progress and economic growth.  Since 1898, we've completed more than 25,000 extraordinary projects across 160 countries on all 7 continents. We operate through four global businesses: Infrastructure; Nuclear, Security & Environmental; Oil, Gas & Chemicals; and Mining & Metals. Our company and our culture are built on more than a century of leadership and a relentless adherence to our values, the core of which are safety, quality, ethics, and integrity. These values are what we believe, what we expect, what we deliver, and what we live.  www.Bechtel.com