NEW YORK, Feb. 14, 2020 /PRNewswire/ -- New York. The city of wild dreams and infinite energy where genre-bending pop star Halsey harnessed her creativity and personal style to propel her career. Last season, the global artist and powerhouse celebrated DKNY's 30th anniversary with a buzzing collaboration that, like New York, was multi-dimensional, energetic, and unexpected. 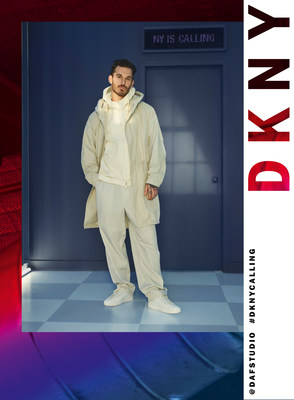 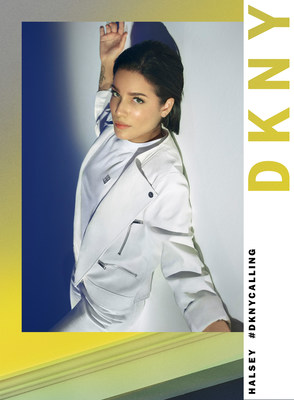 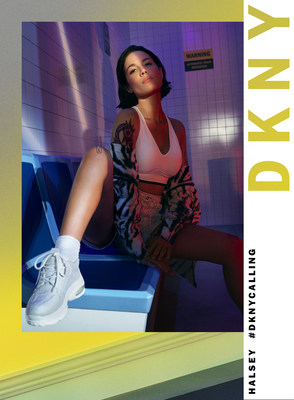 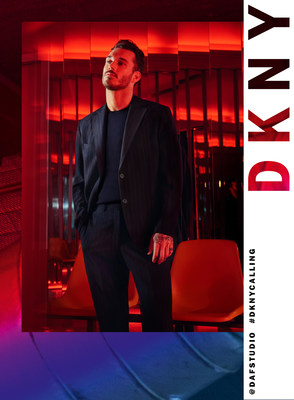 For Spring 2020, Halsey launches a new chapter in her DKNY story. New York is more than a city for her, it is the forefront of her career. It is her invisible partner who challenged, inspired and pushed her to achieve the absolute most. New York has an irresistible calling letting all who embrace it seize opportunity and be who they want to be.

"Life is confusing when you're young and figuring it all out. The only thing that could pacify the hunger and bewilderment of my adolescence was finding my calling. The "thing" that makes me wake up everyday determined to evolve into a better version of myself than I was yesterday. I partnered with DKNY to reminisce on my days in New York when I first began songwriting and performing. For all of its success and excitement and the terrifying days in-between where I wondered if this path was truly mine to call my own. What's your calling?" -Halsey

The campaign, infused with blue tones and dramatic washes of purple and pink, uses the New York City subway, the beating heart of the city, as a backdrop. The dream-like hues of the campaign undoubtedly pay homage to New York City's alluring drive to dream big and change the world.

Everyone can be a part of the campaign using new DKNY branded filters that transport users to iconic Times Square to try on their favorite spring collection styles. Halsey's voice declaring 'New York calling' alongside her own hit 'Graveyard' is a soundtrack that resonates throughout the season and allows users to be a part of her personal dialogue with New York City.

The campaign will culminate in a worldwide movement for all dreamers to share their calling in DKNY-branded phone booths in major cities globally - New York and London – beginning in March. Participants will be able to physically pick up the phone in each phone booth to enter for a chance to win special prizes tied to their respective city.