OAKLAND, Calif., Dec. 7, 2018 /PRNewswire/ -- In recent years, Bulleit Frontier Whiskey has partnered with its friends on the cultural frontier to create awe-inspiring projects through its Frontier Works platform. From the first ever tattoo billboard collaboration, to the rebirth of neon, and let's not forget the groundbreaking impression art works, Bulleit Frontier Works is a series of projects and collaborations with modern cultural creators. 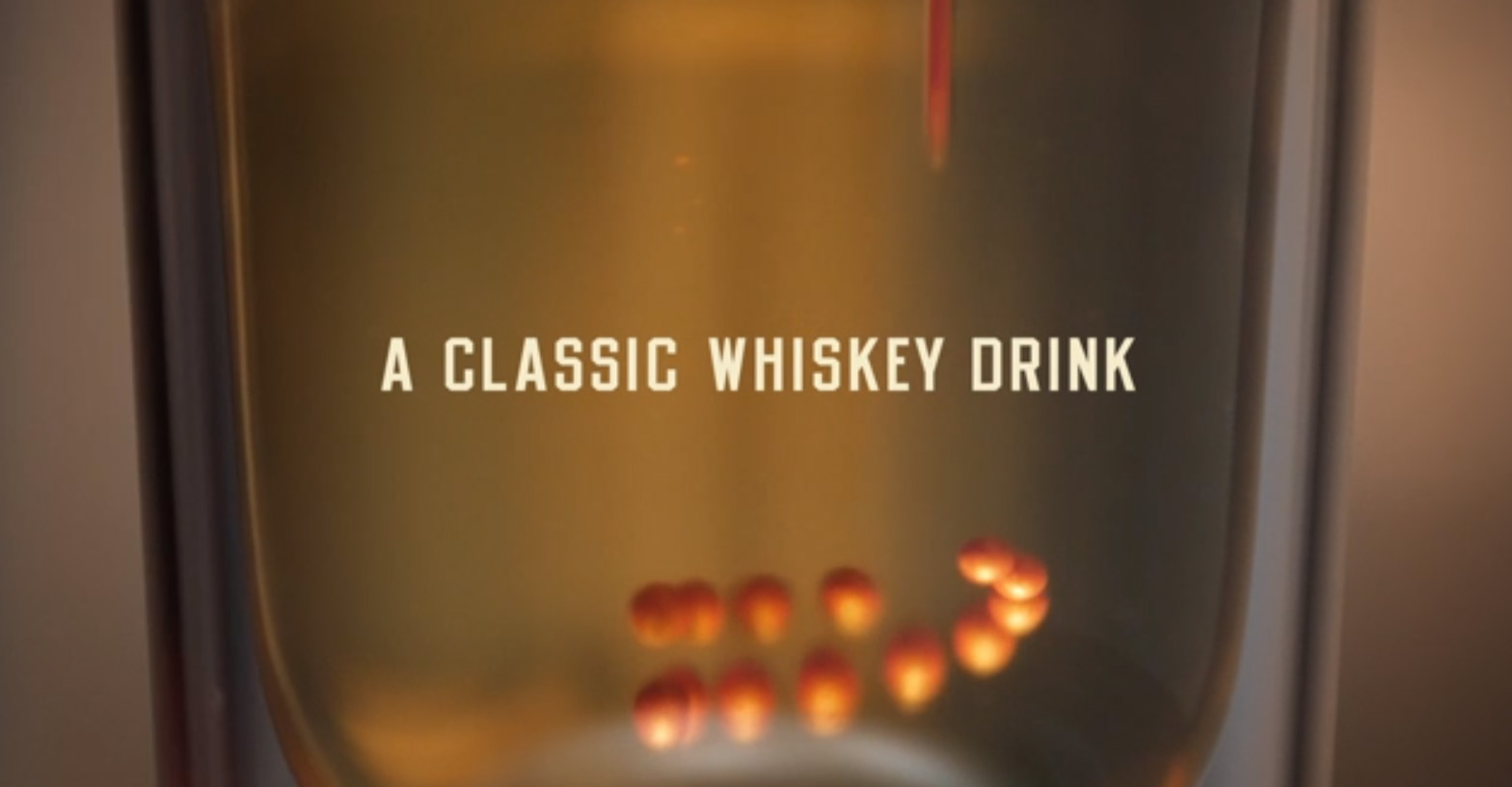 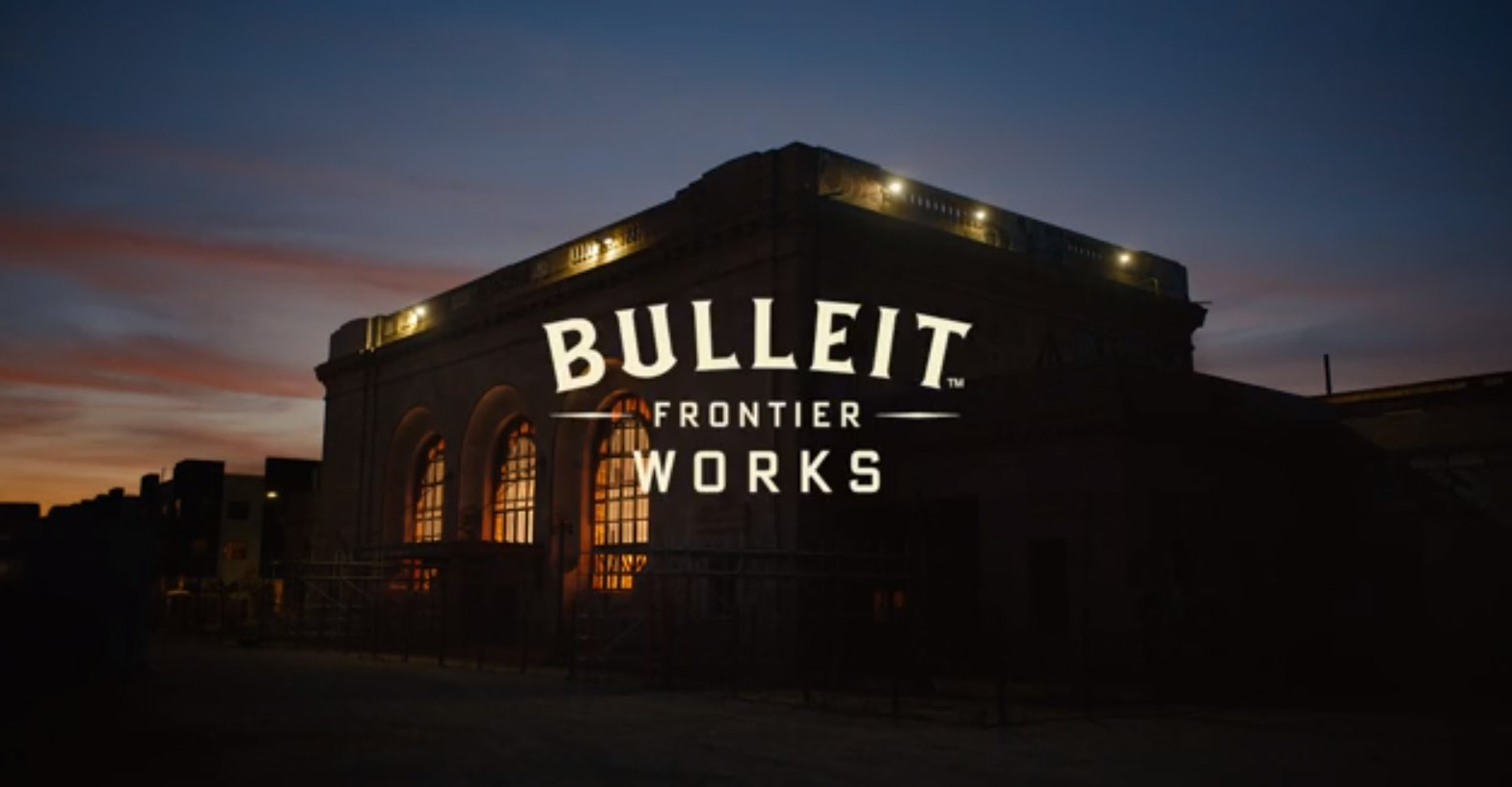 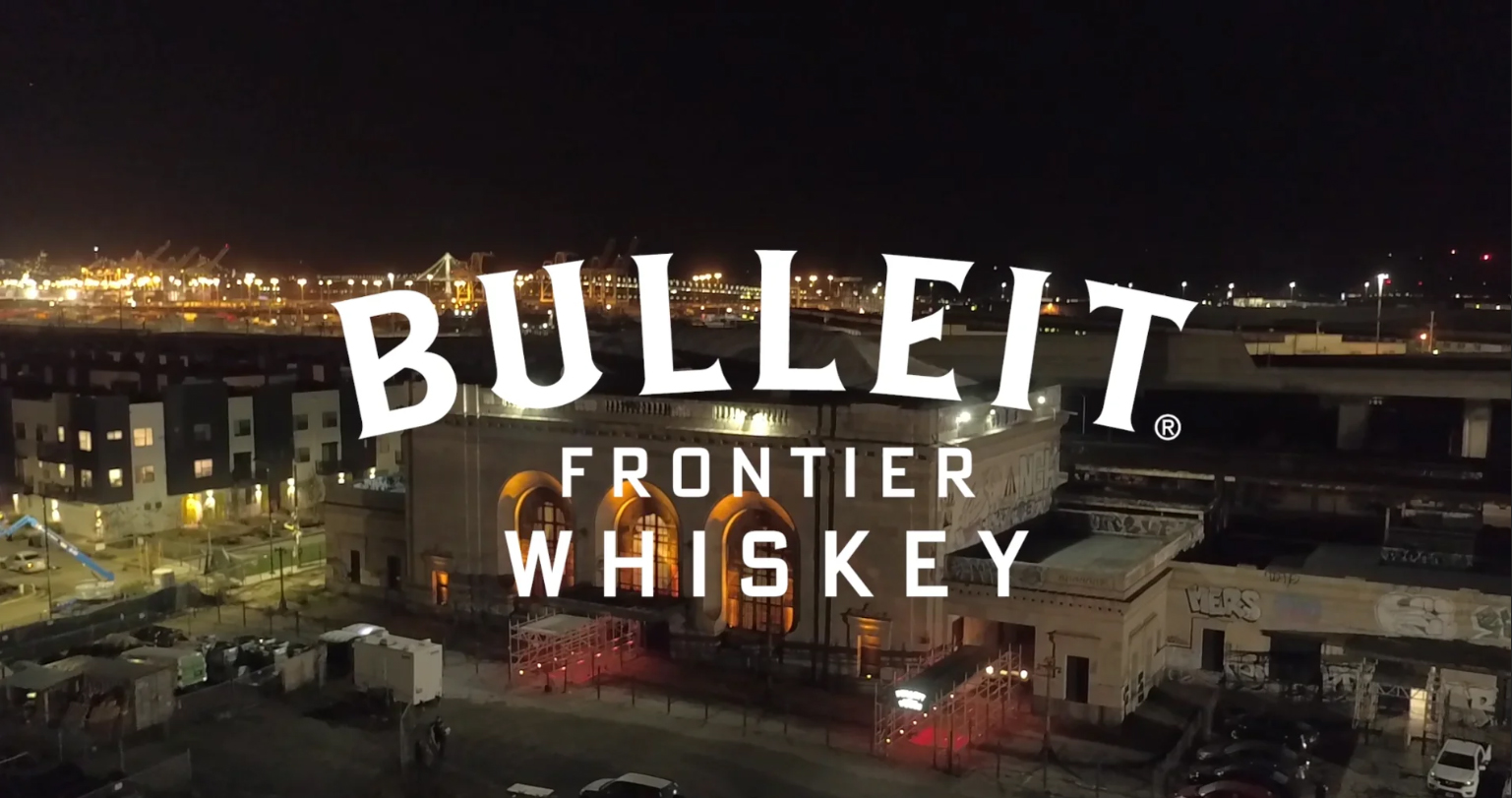 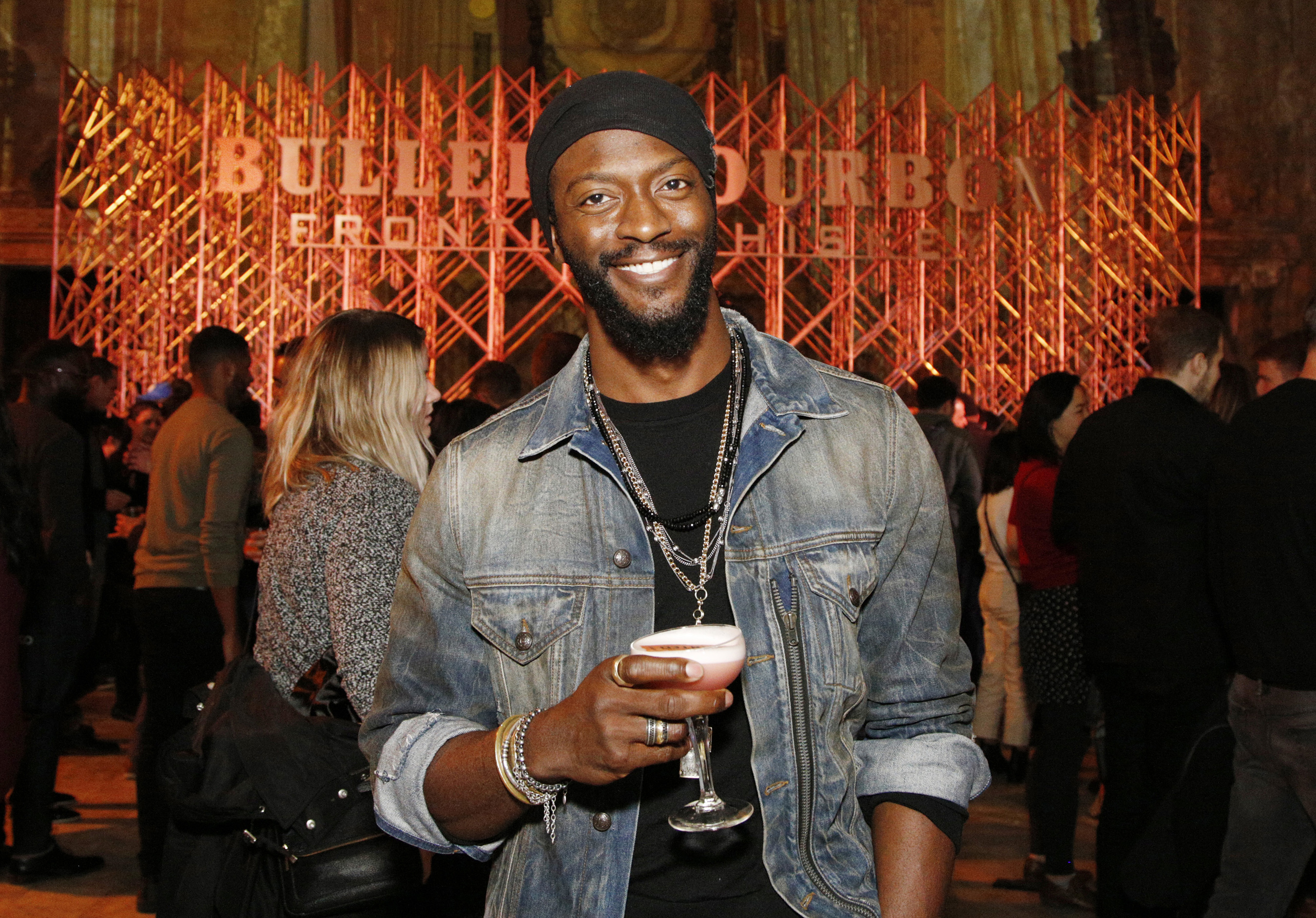 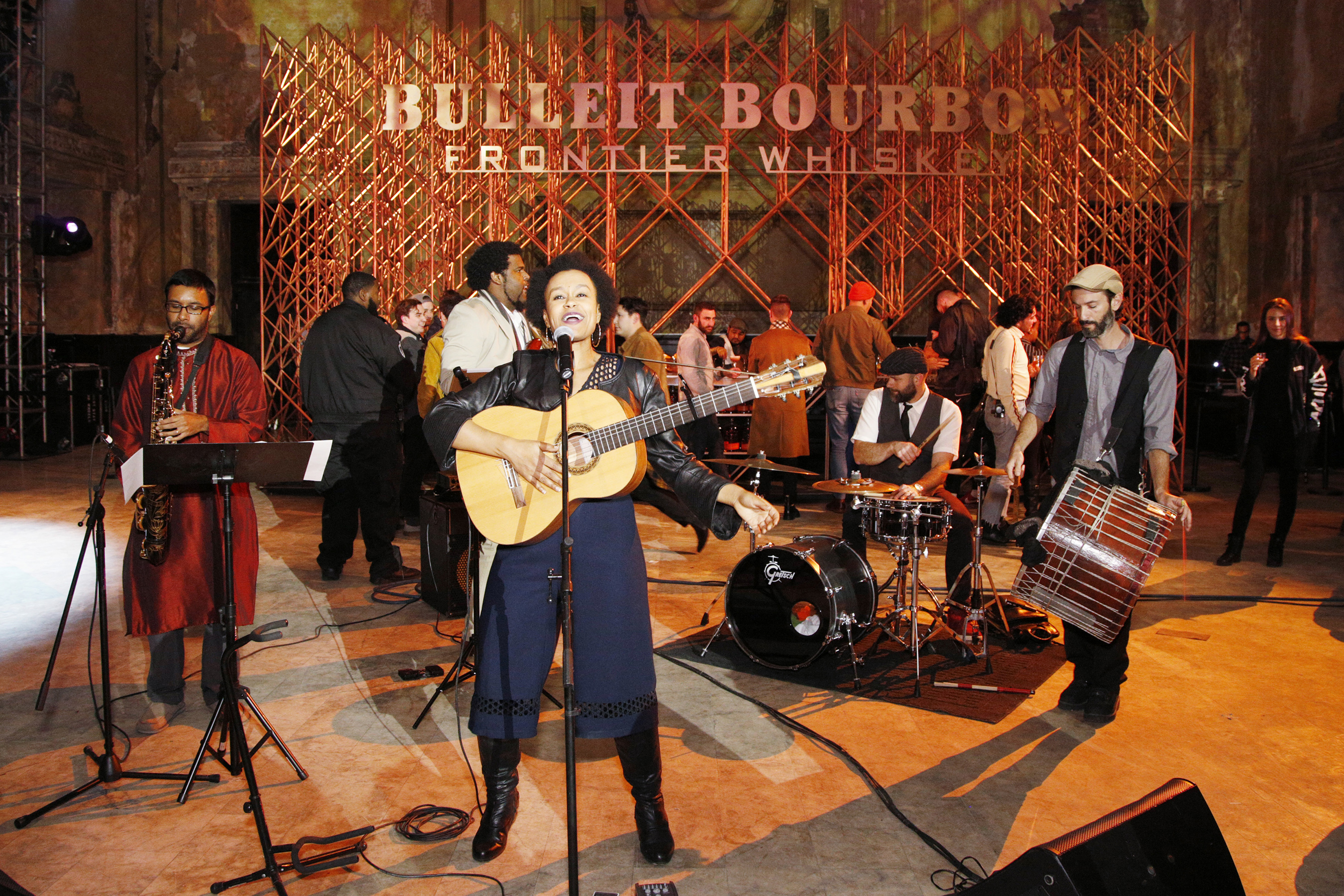 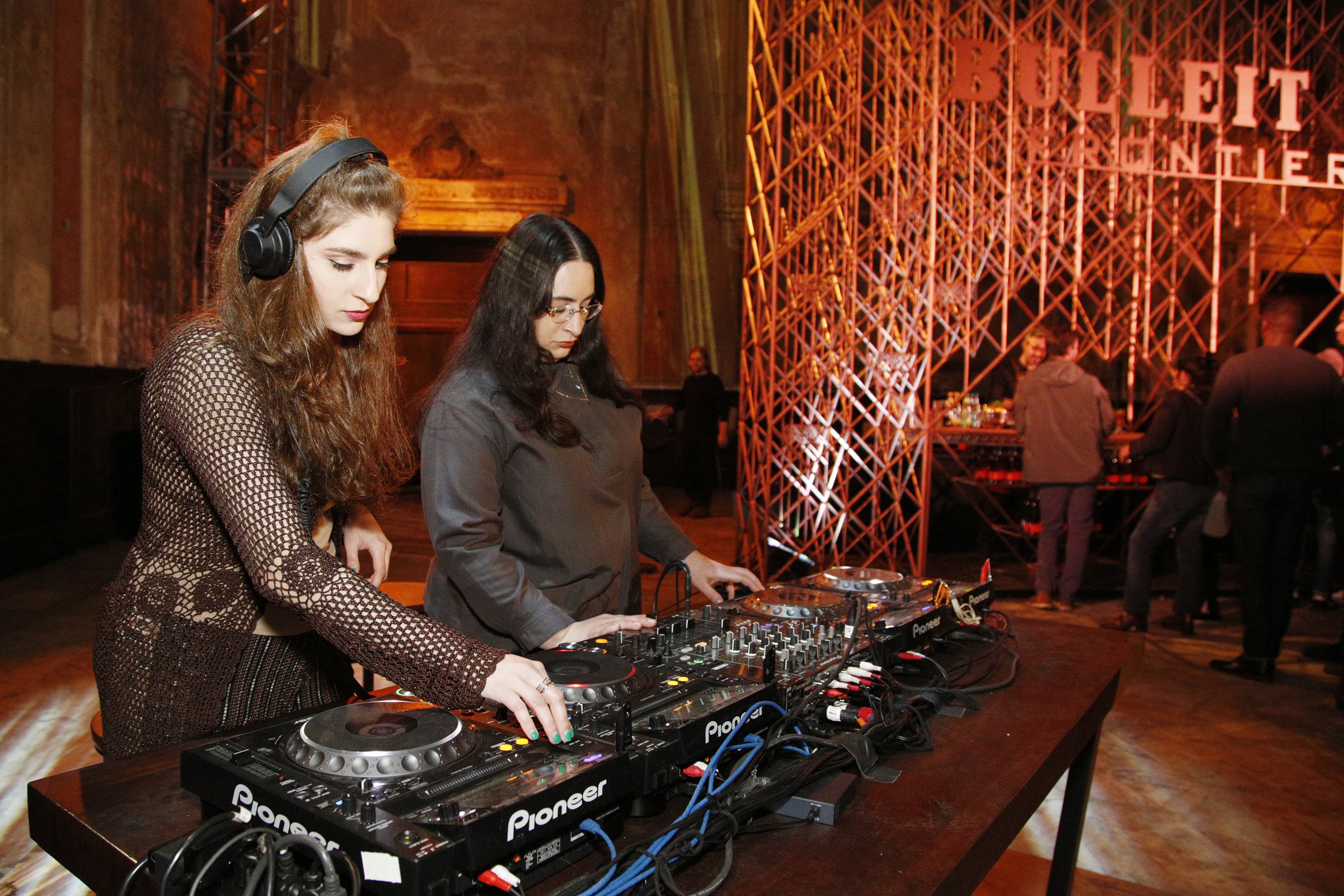 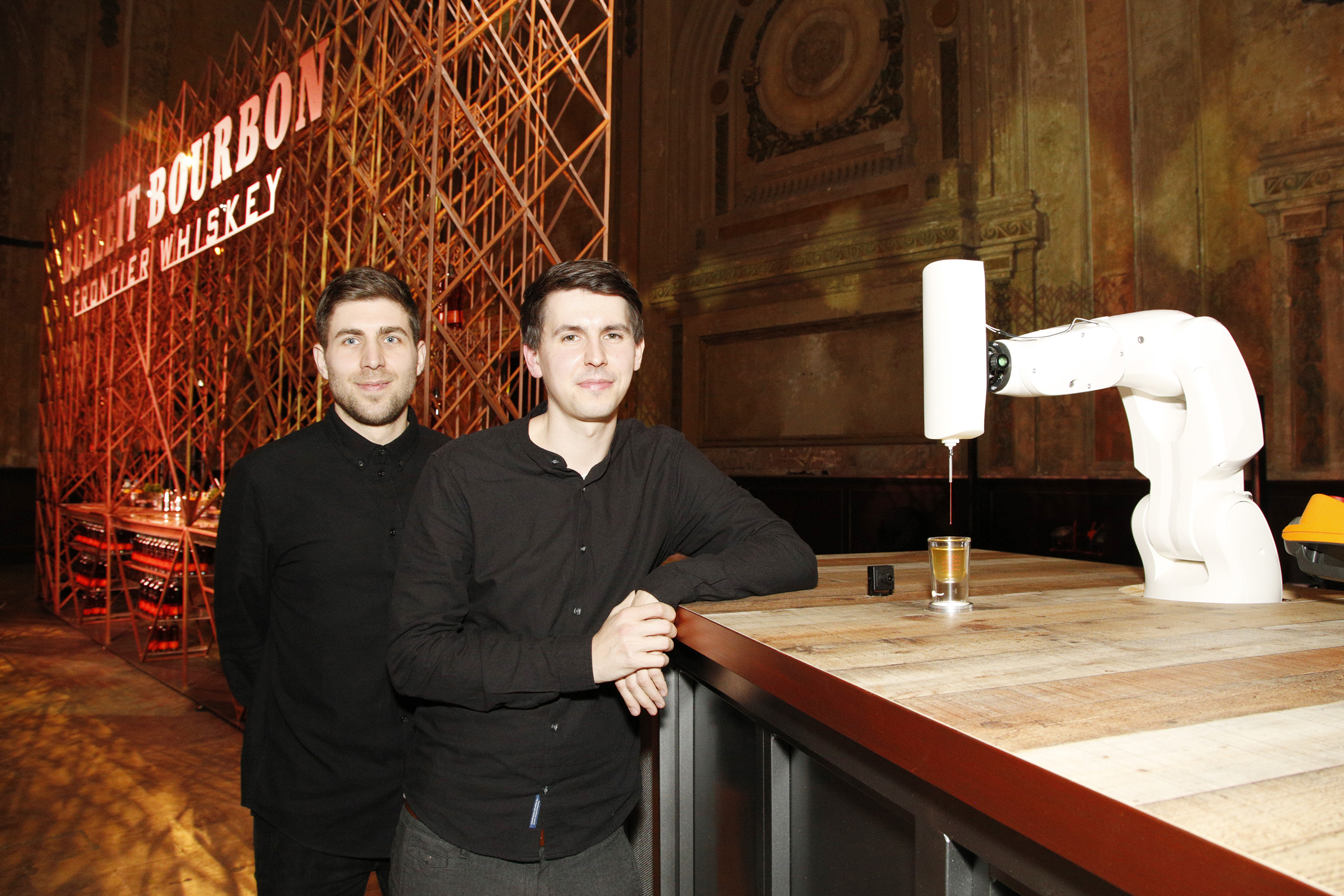 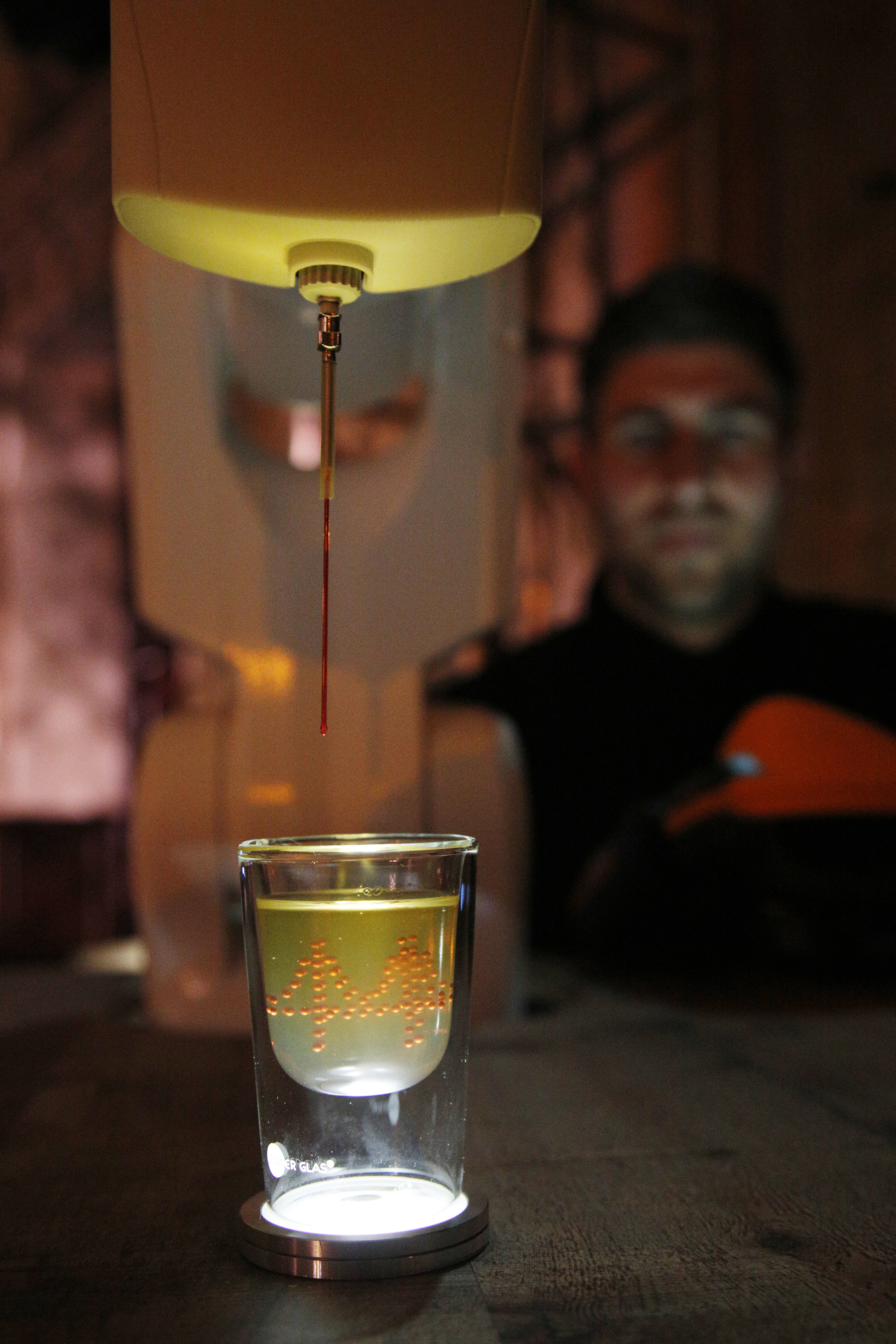 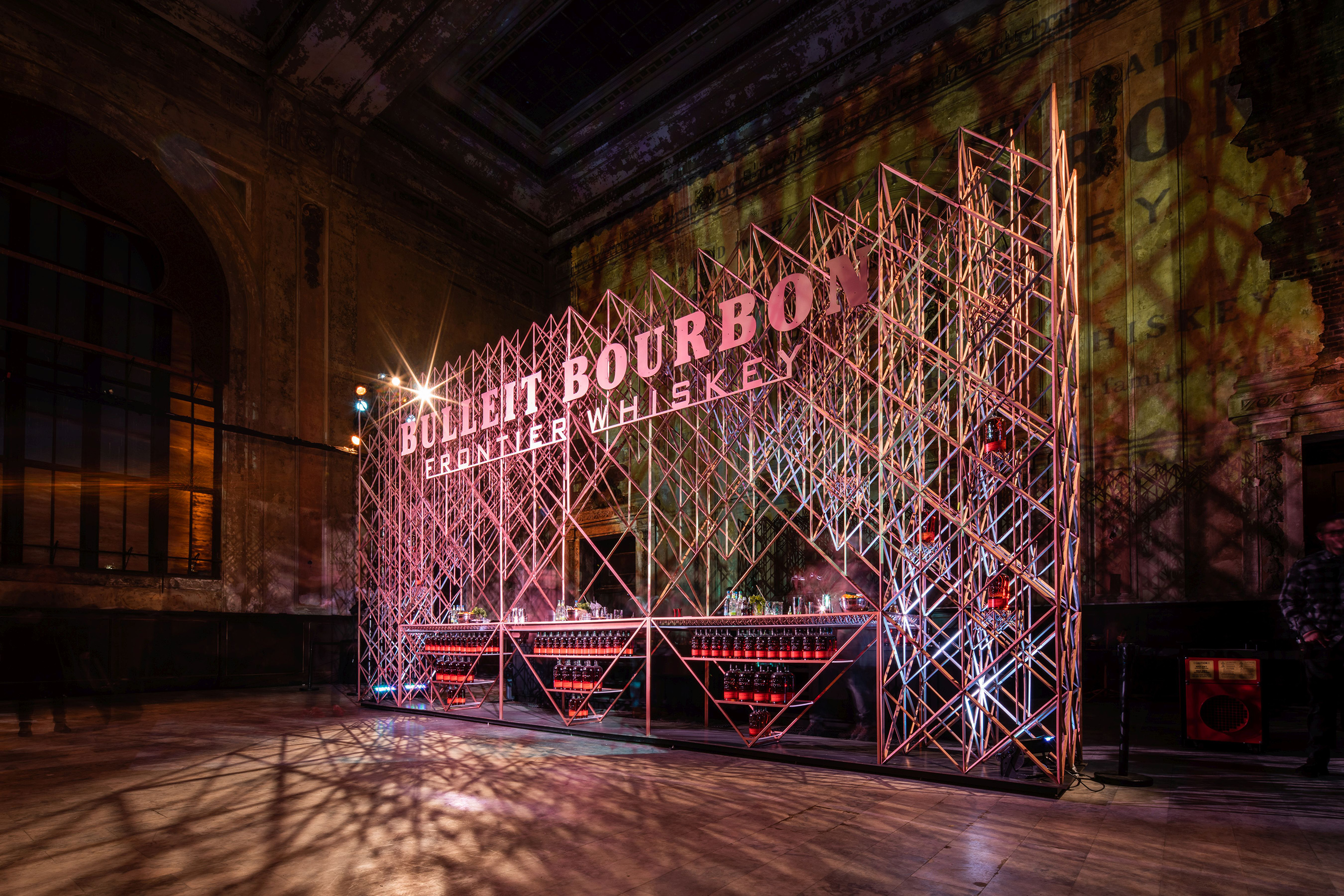 Last night, Bulleit took it to the next level by uniting art, design, cocktails, music, new age lighting and next generation technology to unveil its latest Frontier Work – The Bulleit 3D Printed Frontier- a series of private, invite-only events held at the historic Sixteenth Street Station in Oakland.  The magic of The Bulleit 3D Printed Frontier is found in the deep collaboration with some of culture's most inspiring, boundary breaking artists and makers.

The Bulleit 3D Printed Frontier comes to life around a jaw dropping 3D printed bar designed by the award-winning architecture and design practice FAR frohn&rojas, and fabricated by the Machine Histories team.  The bar design, which was inspired by the iconic Bulleit Bourbon label and award-winning whiskey, will find a permanent home at the new Visitor's Center at The Bulleit Distilling Company in Shelbyville, KY, in 2019; however, it will stop at several cultural hotspots along the way starting in Oakland, CA.

The experience features 3D printed cocktails by robotics pioneer Benjamin Grimeil who worked closely with local mixologists. Paired with 3D printed cocktails, guests also enjoyed 3D printed light bites and musical performances from local Oakland artists, Meklit Hadero – a renowned singer whose beats, lyrics and rhythms are derived from the environment using star mapping technology, and Club Chai DJs 8ulentina and Foozool – resident artists who will be spinning set lists inspired by the frontier spirit and cultural heritage of Oakland. The entire 3D Printed Frontier is enhanced by the magic of Tanya Orellana and Elaine Buckholtz – a highly awarded lighting and projection team who've leveraged the latest in technology to create a unique ambiance fit for this frontier experience.

"There is nothing like this out there! We are flipping the script on how we share Bulleit with people by creating experiences inspired by the frontiers of the past, to forge new frontiers today," said Sophie Kelly, Sr. Vice President of DIAGEO North American Whiskeys.  "From reimagining what a bar could be, to partnering with cutting edge mixologists and robotics pioneers to print 3D cocktails, this experience defies convention in order to redefine tradition, taking people on a journey that explores new frontiers.  We're proud to call Oakland's Sixteenth Street Station home for these events and even prouder that our partnership will assist in the urban renewal of this cultural landmark and spectacular space."

In addition to occupying the Sixteenth Street Station for The Bulleit 3D Printed Frontier, Bulleit will also make a monetary donation to BRIDGE Housing, the nonprofit affordable housing developer that owns the Station, which helps revitalize the West Oakland area through inclusive programming.  The donation builds on the Bulleit brand's continued investment to support urban renewal and will serve to preserve the community's rich culture for generations to come.

To create the bar at the Bulleit 3D Printed Frontier, the FAR team studied the Bulleit bottle label to understand how its unique shape and positioning formed such an iconic design for one of the nation's fastest growing whiskeys.  Instead of a traditional drawing of the design, FAR based their design on an algorithmic script that defines the geometry of the piece through a series of digital data sets.  The bar's copper surface was inspired by the amber color of Bulleit Bourbon.  Taking the bar from design to production was a unique challenge due to the intricacies of the fine lattice structure that are inherent to 3D printing. FAR and Bulleit collaborated to design and redesign the lattice structure more than a dozen different ways to allow for varying densities in different areas of the bar to maximize visual impact, but still cater to the functional needs the bartenders who are the backbone of the Bulleit brand.

"Partnering with Bulleit was exciting because it gave us the opportunity to think about 3D printing with a frontier spirit, and to design a bar that conceptually and technologically brings the spirit of doing things differently to life," said Marc Frohn, FAR Co-Founder and Lead Architect. "We reimagined the support structure inherent to 3D-printing – one that is normally not visible – to become the bar itself. Light then turns this lattice bar into a lantern animating the raw spaces the bar inhabits."

Machine Histories, a design and fabrication studio, then 3D printed the bar which took over 2,000 hours of man and womanpower, not including the hundreds of hours invested in design and engineering. Some of the most technologically advanced 3D printing equipment in the world produced the roughly 3,000 3D printed components, 1,700 struts, and over 1,300 nodes in this one-of-a-kind design.  Normally, a project like this could take years to complete, but thanks to the collaboration between all parties working in tandem, the bar was finalized in a little over three months.  The bar is printed from glass filled nylon using SLS (selective laser sintering) – an advanced process reflective of the brand's commitment to use some of the most modern whiskey making technology possible at the bar's ultimate home at The Bulleit Distilling Co.

"Bulleit really challenged us to collaborate with a number of partners to rethink what is possible and throw traditional guidelines out the window," said Jason Pilarski, Partner at Machine Histories.  "That sense of freedom was scary and liberating all at the same time, but ultimately inspired this truly innovative intersection of art, design and technology."

About Bulleit Frontier WhiskeyBulleit is one of the fastest-growing whiskeys in America, founded in 1987 by Tom Bulleit, who attributes that growth to bartenders and cultural partners who've adopted it as their own. The Bulleit Frontier Whiskey portfolio is distilled and aged in the Bulleit family tradition, using a distinctive high rye recipe, which gives them a bold, spicy taste. Most recently, Bulleit Barrel Strength Bourbon won a Double Gold medal and Best Straight Bourbon at the 2018 San Francisco World Spirits Competition.

In 2017, Bulleit celebrated its 30th anniversary with the opening of a new, state-of-the-art distillery located in Shelbyville, Ky. In 2019, a Visitor's Center will open at the Bulleit Distilling Co. in Shelbyville to share our modern, technological and sustainable approach to making great whiskey. Fans are invited to learn more about the past, present and future of Bulleit by visiting the Bulleit Frontier Whiskey Experience at Stitzel-Weller in Louisville, KY., a member of the Kentucky Bourbon Trail® tour. For more information, visit www.bulleit.com or follow @Bulleit on Instagram.

About DiageoDiageo is a global leader in beverage alcohol with an outstanding collection of brands including Johnnie Walker, Crown Royal, Bulleit and Buchanan's whiskies, Smirnoff, Cîroc and Ketel One vodkas, Captain Morgan, Baileys, Don Julio, Tanqueray and Guinness. Diageo is listed on both the New York Stock Exchange (DEO) and the London Stock Exchange (DGE) and our products are sold in more than 180 countries around the world. For more information about Diageo, our people, our brands, and performance, visit us at www.diageo.com. Visit Diageo's global responsible drinking resource, www.DRINKiQ.com, for information, initiatives, and ways to share best practice.