In the previous episode, we examined the Chinese economy amidst the novel coronavirus outbreak. We determined that, despite the effects of the outbreak, China can still expect bright prospects in its economic development. One clear sign for it right now is that businesses around the country have begun to resume work and production.

Changsha, the closest Chinese provincial capital to Wuhan, is a model of these countrywide efforts. Here in the city known as the "capital of China's construction machineries," nearly a hundred robots in SANY's plants are working in an orderly manner. Zoomlion's excavators and bulldozers since work resumption are on their way to its customers in Southeast Asia. The China-Europe freight trains are running at full capacity, carrying machinery products, auto parts and home appliances from Changsha to Europe, central Asia and other regions, and bringing European timber and milk powder back. The number of China-Europe freight trains operating out of Changsha during January and February is projected to increase by 142.8% year-on-year.

So far, the work resumption rate of Changsha has reached 98.1%, and nearly 90% of its key foreign-funded companies above designated size have resumed work.

China's economic development and production resumption now face the two most practical and critical issues. One is continued effective prevention and control of the epidemic, and the other is helping companies to minimize losses and tide over difficulties as quickly as possible.

To those ends, Changsha has implemented a variety of powerful measures. In terms of epidemic prevention, the city not only coordinated and secured relevant supplies, but also drafted over 4,200 liaison officers into companies to learn about their epidemic prevention efforts and help to address difficulties in that regard.

To support companies in Changsha, especially foreign-invested ones and those specializing in foreign trade, to resume work and production, and to create a favorable business environment, Changsha alleviated the operating burdens on companies through various preferential policies and measures. The government set up platforms connecting banks with companies, helping nearly 4,000 enterprises to secure additional credit lines totaling 153 billion yuan. A total of 89 billion yuan in loans has already been issued. The city also worked with air traffic authorities to open up routes and expand cargo volume, while setting up green channels at customs and providing around-the-clock appointment services for import and export clearance.

With these policies and measures in place, many companies in Changsha began to cultivate new forms of business amid the outbreak, and created new opportunities through online applications.

Changsha is meeting the challenges of the epidemic with a responsible and positive attitude, while making every effort to reduce the impact of the outbreak. The city's actions are a microcosm of the coordinated efforts throughout the country to prevent and control the epidemic and promote economic and social development. They also demonstrated the potential and resilience of the Chinese economy and society. As work and production resume across the country, China is turning a crisis into an opportunity, and pressing the fast-forward button on its economic growth. 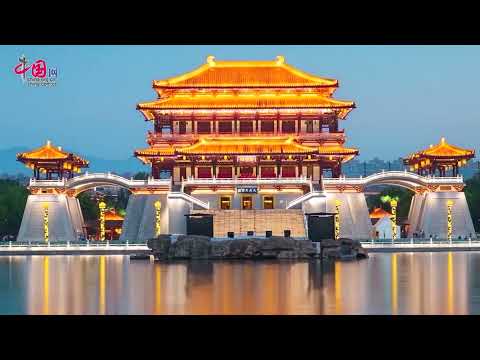