From December 6 through December 10, Chipotle's digital guests can name their order "GIVETEN" on the Chipotle app or Chipotle.com, and 10 pounds of unsold produce from Chipotle's farming partners will be donated through The Farmlink Project to food banks across the United States***.

Chipotle is also featuring The Farmlink Project in its Real Change feature on the Chipotle app and Chipotle.com now through January 10, 2022. Guests can round up their bill to the next highest dollar amount when placing digital orders to contribute. Chipotle Rewards Members can also get involved by transferring points to The Farmlink Project on the Chipotle app, an ongoing initiative to fight hunger and waste year-round.

"Sending fresh produce from our supply partners to food banks through The Farmlink Project is an ongoing effort at Chipotle," said Chris Brandt, Chief Marketing Officer, Chipotle. "Through initiatives like the Farmlink partnership, Chipotle is committed to driving meaningful change for our communities, and we're excited to invite our guests to participate in this initiative to reduce food waste and fight food insecurity."

The Farmlink ProjectA nonprofit grassroots movement started by college students during the pandemic, The Farmlink Project connects farms with food banks to feed those in need while supporting essential jobs. Founded and run by students who are driving conversation around food insecurity and waste, The Farmlink Project has 100 active volunteers and has represented students from 93 universities and colleges across the nation since its inception.

"Over the last year and a half, our team has learned that two things make the biggest difference in the fight to change our food system – social activation and direct participation from companies willing to set an example for others. Chipotle has exemplified both through their work with us," said Aidan Reilly, Co-Founder and Head of Partnerships, The Farmlink Project. "This winter, we are not only going to be able to feed millions of people together, but we'll be able to spread the message of a better food system with many, many more. This would not be possible without the Chipotle team and their trust in us."

2023 Farm BillIn addition to fighting food waste through its farming partners, Chipotle is committed to supporting the future of farming. Chipotle recently announced its support of the National Young Farmers Coalition's movement to advocate for policy change in the 2023 Farm Bill to facilitate equitable access to up to one million acres of land for the next generation of farmers. Chipotle created an emotionally charged short film, "A Future Begins," to drive awareness and encourage guests to join the campaign to impact the 2023 Farm Bill at www.chipotle.com/farmers. Adding your name will help the National Young Farmers Coalition advocate for Congress to invest $2.5 billion toward securing access to up to one million acres for young farmers.

Chipotle has also committed $5 million over the next five years to support the future of farming. The brand is helping secure long-term contracts for farmers under the age of 40 who meet its Food with Integrity standards.

***The "GIVETEN" promotion applies to purchases of regular-priced entrées excluding kids meals only via order.chipotle.com or the Chipotle mobile app, from US Chipotle restaurants, from 12/6/2021 to 12/10/2021. Must use "GIVETEN" as the name on a qualifying entrée order to qualify for a produce donation; actual amount of produce donated will depend on qualifying orders during the promotional period; maximum contribution will not exceed one million pounds of produce. Additional terms may apply; void where prohibited.

ABOUT CHIPOTLEChipotle Mexican Grill, Inc. (NYSE: CMG) is Cultivating A Better World by serving responsibly sourced, classically-cooked, real food with wholesome ingredients without artificial colors, flavors or preservatives. Chipotle had nearly 2,900 restaurants as of September 30, 2021, in the United States, Canada, the United Kingdom, France and Germany and is the only restaurant company of its size that owns and operates all its restaurants. Chipotle is ranked on the Fortune 500 and is recognized on the 2021 lists for Forbes' America's Best Employers and Fortune's Most Admired Companies. With nearly 95,000 employees passionate about providing a great guest experience, Chipotle is a longtime leader and innovator in the food industry. Chipotle is committed to making its food more accessible to everyone while continuing to be a brand with a demonstrated purpose as it leads the way in digital, technology and sustainable business practices. For more information or to place an order online, WWW.CHIPOTLE.COM. 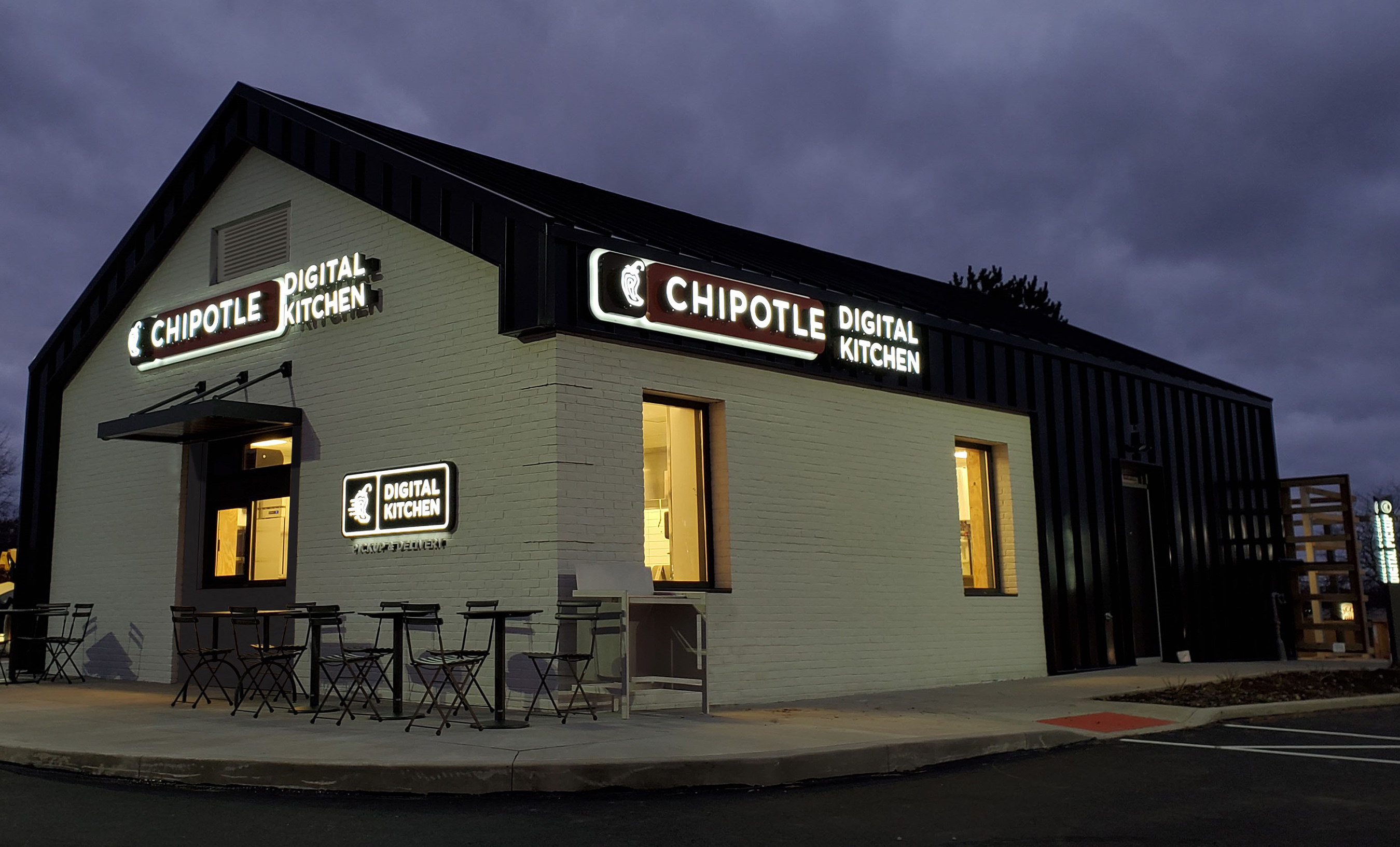