NORWALK, Conn., Sept. 5, 2018 /PRNewswire/ -- Whether at bars, stadiums or at home, enjoying cocktails and adult beverages can be essential parts of the football experience… but every so often there's that one fan whose overconsumption ruins the game for themselves and those around them. That is why Crown Royal, America's best-selling Canadian whisky, is building upon the "Hydrate Generously" platform that started in 2017 and is now launching its largest-ever responsible drinking campaign: The Water Break.

Water Breaks are a must for professional football players, but what about the fans who support their teams, win or lose? This season, Crown Royal is introducing the first off-the-field Water Break – a movement that encourages responsible game day consumption and reinforces the importance of drinking in moderation and hydrating between alcoholic beverages.

"Crown Royal is taking responsible drinking to the next level with an initiative that's more than just a message; we are looking to change behaviors and ultimately make a positive social impact. Simply put, the Crown Royal Water Break reminds sports fans to not ruin the game day celebrations for everyone else by overconsuming," said Sophie Kelly, Senior Vice President of North American Whisk(e)ys at Diageo. "Our Water Break platform is an integrated campaign and the new spot will run in homes, bars and stadiums, and will air nationally and locally all over the country. This season make sure you moderate your drinking and hydrate to stay in the game. TAKE A WATER BREAK!"

As part of the fully integrated initiative, the campaign will debut with a nationally televised 30-second commercial set to air during the season opener on Thursday, September 6. The spot features a referee signaling a time out for an official Crown Royal Water Break, a moment for fans everywhere to take a break and hydrate between alcoholic beverages. The campaign will continue to air during the first half of games throughout the entire season.

Crown Royal will also partner with a roster of legends including Brian Westbrook, DeMarcus Ware and Ed Reed to remind fans the importance of taking Water Breaks. In select markets, these former greats will get back in the action by assisting Crown Royal in distributing tens of thousands of gallons of water in stadiums and bars to create a safer, more enjoyable game day. Consistent with the brand's long-standing commitment to responsible drinking, this is the next in a series of social responsibility efforts that have included providing fans with free, safe rides home around big events and public service announcements promoting responsible drinking.

"Fans are a crucial part of every football game," said Brian Westbrook, former professional football great. "The goal this season is to remind everyone to be safe -- whether at the tailgate, the bar, in the stands or at home – by taking a moment to participate in a Crown Royal Water Break to create a more enjoyable game day experience for everyone."

Crown Royal appreciates that drinking can be part of the enjoyment and celebration, and reminds adult fans to stay in the game by moderating their drinking and hydrating in between drinks.

Positive social impact is at the heart of Crown Royal because our purpose is to "inspire exceptional generosity" in everything we say and do. In addition to the Crown Royal Water Break, this fall we will remind people it's not what you have, it's what you give that matters most by launching "The Purple Bag Project," an ongoing commitment to turn our iconic purple bags into care packages to give to our military veterans and active duty service men and women stationed overseas.

Crown Royal Canadian Whisky is the number-one selling Canadian whisky brand in the world and has a tradition as long and distinctive as its taste. Specially blended to commemorate a grand tour of Canada made by King George VI and Queen Elizabeth of Great Britain in 1939, Crown Royal's smooth, elegant flavor and gift-worthy presentation reflect its regal origins – it is considered the epitome of Canadian whisky.  For more information, visit www.crownroyal.com. Crown Royal encourages all consumers to please enjoy responsibly.

Diageo is listed on both the New York Stock Exchange (DEO) and the London Stock Exchange (DGE) and our products are sold in more than 180 countries around the world. For more information about Diageo, our people, our brands, and performance, visit us at www.diageo.com. Visit Diageo's global responsible drinking resource, www.DRINKiQ.com, for information, initiatives and ways to share best practice. 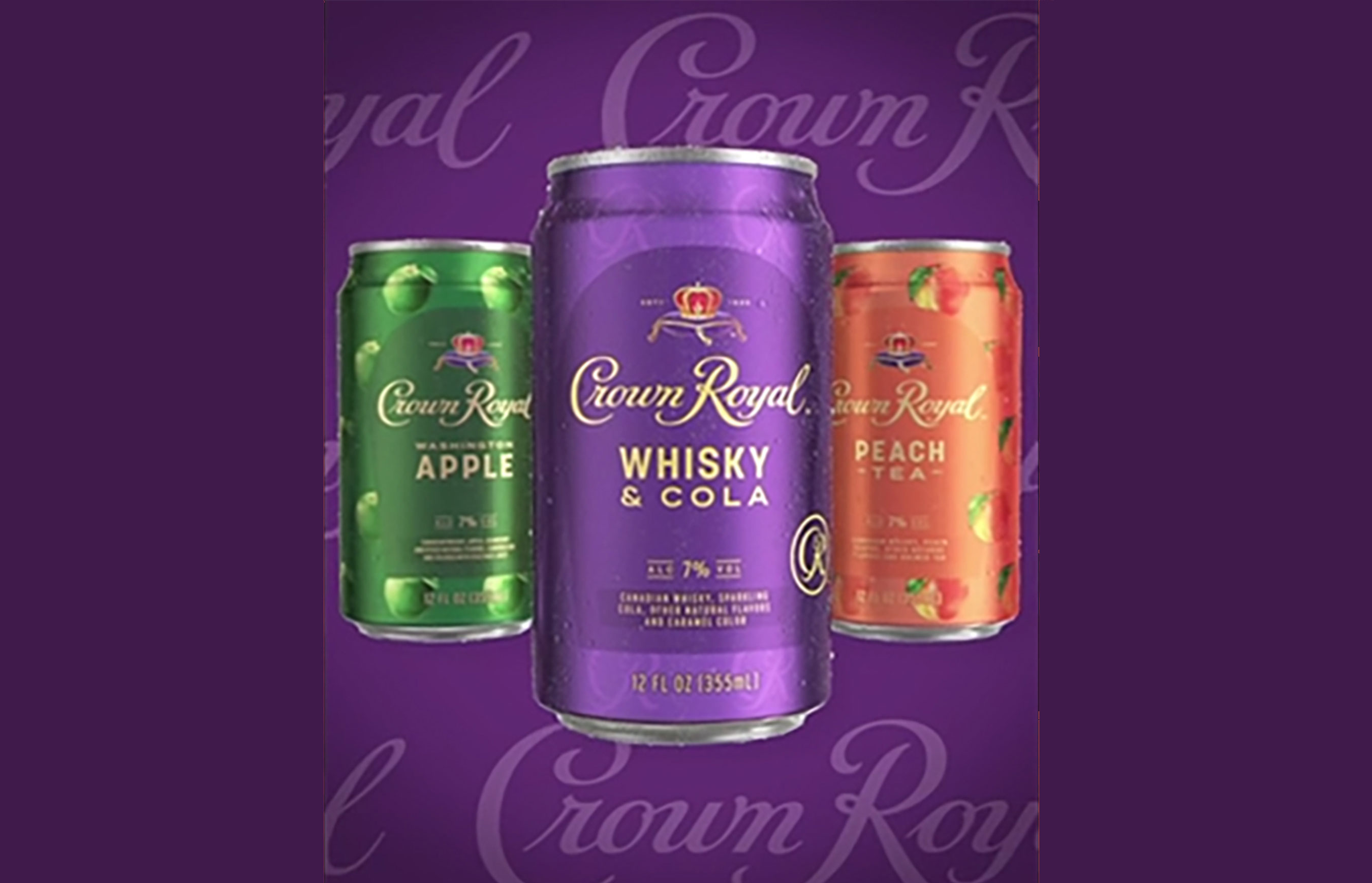 Crown Royal Launches New Ready To Drink Cocktails In A Can...

Crown Royal Leans Into Legacy With Coming 2 America To Launch A...