Inspiring a new generation of computer scientists, Doja Cat and Girls Who Code are inviting fans to direct aspects of the music video, all by using code.

As users visit the DojaCode site, they are able to unlock hidden video content using basic coding languages. From changing nail designs, to controlling the sky, to manifesting Doja herself out of thin air, DojaCode gives fans the opportunity to play the role of music video director by altering key creative elements and unveiling hidden easter eggs.

"I am so excited that Girls Who Code has partnered with me to make my "Woman" music video the world's first codable music video. Fans all over the world will get to input code via a microsite and unlock some really cool special features. It's going to be awesome."

The aim of the experience is to show a new generation of fans who may be unaware of the career opportunities in the technology and computer science field, just how creative and fun it can be.

"At Girls Who Code, we know firsthand that girls and young women are some of today's most powerful creators and change-makers", said Tarika Barrett, CEO of Girls Who Code. "However, too few know that they can have a career in computer science, and that it can open up an entire future of possibility to nurturing their passions. Learning to code enables you to change the world around you, and we're thrilled to partner with global superstar Doja Cat, beloved by young people everywhere, as we invite girls to experience 'Planet Her', a place where they get to be in control."

Mojo Supermarket, the creative company that hacked the Oscars to include female directed films and created the campaign for Rihanna's Savage X Fenty fashion show, dreamt up the idea to get more girls to try coding. They partnered with creative digital production studio, Active Theory, and Doja's label, RCA Records, to make it a reality.

Emily Berger, Creative Lead, Mojo Supermarket: "We want to get more girls to try coding. But there's a thousand other things that girls care about more than coding. And Doja Cat is like 999 of them. So we were like...can Doja make learning to code cool?"

HOW DOES DOJA CODE WORK?

Woman was directed by child., best known for her bold, stylized aesthetic, her lush use of light and color, and a storytelling sensibility steeped in the dreamy gothic lyricism of the African American South. Her past directorial work includes projects with artists such as Janelle Monae, Big Sean and Issa Rae as well as brands including Adidas and Mastercard.

child., said, "This project has been an especially meaningful and unique one for me. Seeing more inclusiveness in creative fields is something I'm really passionate about, so to be part of a project that gives young girls exposure to a whole new industry, while acting as creative directors of Planet Her all by using code, really means a lot."

The partnership with Doja Cat is the latest in a series of Girls Who Code culture change campaigns designed to transform the common narrative of what a coder looks like and does. Empowering girls and people from underrepresented groups in tech to envision themselves as the future of the industry is key to fulfilling the organization's northstar mission of closing the gender gap in tech by 2030.

11-time GRAMMY nominee Doja Cat made her first upload to Soundcloud in 2013 at just 16-years-old. Having grown up in and around the LA area, she developed a knack for music by studying piano and dance as a kid and listening to the likes of Busta Rhymes, Erykah Badu, Nicki Minaj, Drake, and more. Soon, she went from obsessing over Catwoman (the Halle Berry version) to crate digging on YouTube. The budding talent taught herself Logic and how to compose on a midi controller. Signed to Kemosabe/RCA in 2014, she released her Purrr! EP and followed that with her debut album Amala in spring 2018, but it was her August 2018 release of "Mooo!" which catapulted her into the mainstream and was met with critical acclaim.

Doja Cat released her sophomore album Hot Pink in November 2019 to mass critical acclaim, the album was a platinum success with over 14.5 billion streams worldwide. Hot Pink features "Juicy" which hit #1 at Rhythm radio, "Say So" her GRAMMY nominated #1 smash record and "Streets", the viral sensation that soundtracked the 'Silhouette Challenge,' one of the biggest TikTok trends to date. The success of "Say So" which hit #1 on the Billboard Hot 100 and has been RIAA certified 4x platinum and streamed over 6.7 billion times catapulted Doja into global superstardom. She has taken home the Best New Artist Award at the MTV Video Music Awards, the MTV Europe Music Awards, the American Music Awards, the iHeart Radio Awards and the People's Choice Awards.

Doja's creativity and showmanship as a performer have been praised time and time again, she has delivered unique and show stopping performances on nearly all the major Award Show stages including the GRAMMY Awards, the AMAs, the Billboard Awards, the iHeart Radio Awards and the MTV VMAs and EMAs. Her last tour sold out in 10 minutes and she has played numerous festivals including Rap Caviar Live Miami, Posty Fest, Day n Vegas and Rolling Loud LA.

Doja Cat's GRAMMY nominated album Planet Her came out in June 2021 and dominated the charts, debuting at #1 on the Billboard Top R&B Albums chart and #2 on the Billboard Top 200 and Billboard Top R&B/Hip-Hop Albums chart, marking Doja Cat's career best and highest debut to date with 109K in total activity in the US alone. Spanning a range of genres Planet Her also generated the highest first day Spotify streams for an album by a female rapper, was the top Pop album upon release based on consumption according to MRC data, and marks both the biggest debut for female rapper and the top female R&B debut of 2021. GRAMMY nominated "Kiss Me More" ft. SZA, the lead single off Planet Her is certified platinum by the RIAA and hit #1 at Top 40 and Rhythm radio with over 2.8 billion streams worldwide. Doja Cat recently became the first rapper to have 3 songs in the Top 10 at Top 40 radio. Amongst others, Doja has received 5 AMAs, 3 MTV VMAs, 3 BMI Awards, 2 MTV EMAs, 1 Billboard Music Award and 1 NAACP Image Award along with countless nominations including 11 GRAMMY Awards.

ABOUT GIRLS WHO CODE: https://girlswhocode.com/about-us 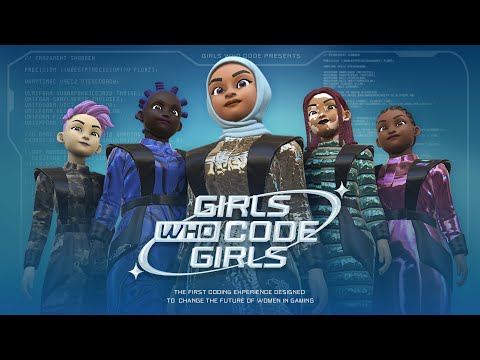