"Competition is human nature, but battlegrounds change: This 2020 DRL Allianz World Championship Season, we're owning the new reality, where there's no difference between the virtual and the real, and testing the skills of digital athletes. For the first time ever, fans everywhere will get to play DRL on Xbox, giving them the sensation of flying in the cockpit of a racing drone, and watch the new playing field unfold starting on October 21st on NBC, Twitter, and Facebook Watch," said DRL President Rachel Jacobson.

The DRL game on Xbox features the same fast drones, electrifying racing adventures, and realistic flying as raced in the 2020 season. Through the game's 25 unique maps, 18 real DRL tracks and endless Multiplayer options, DRL SIM players can explore new worlds, compete with friends, and race for a chance to become an official DRL pilot.

"The DRL SIM on Xbox is the ultimate game for anyone with a need for speed. It's the same game that earned me a spot in the league last year, the same game I practice on, and the same game I plan to win this 2020 Season's Champion title," said player-turned-pro racer, DRL Pilot Christopher "Phluxy" Spangler.

The game is built on real-world drone physics, enabling players to feel as if they are sitting in the actual drone and escaping into exhilarating places without ever leaving home. Gamers can learn to fly through the SIM's 54-mission training session, soar through unique environments like amusement parks, forests and sports stadiums via freestyle mode and race against friends.

The best drone racers in the world also train and compete regularly on the DRL SIM, which is used to recruit new pilots into DRL and host professional esports tournaments. In addition to the new Xbox multiplayer game, fans can also download the DRL SIM on Steam. 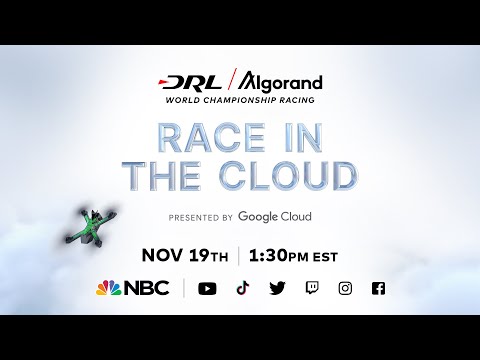 Drone Racing League and PointsKash Cash in on Inaugural,...