LOS ANGELES, April 21, 2017 /PRNewswire/ -- One of the hottest tours of the summer will continue well into the fall when two of the most engaging live performers in music today, multi-platinum selling and multiple Grammy Award-winning global superstars Enrique Iglesias and Pitbull, share the stage for an additional 18 dates, announced today. The tour is exclusively produced by Live Nation and presented by Corona Extra, the fall dates begin on Friday, September 22, with a return to Toyota Center in Houston, includes stops in hometown of Miami, Washington DC, Philly and Boston, as well as returning to Chicago, Los Angeles, and more, with the final date on Saturday, October 28, in Oakland, CA at the Oracle Arena.  Full itinerary below.  The co-headlining North American tour adds another summer date with an additional Madison Square Garden show on Saturday, July 1 – with multiple shows sold out including Chicago, San Jose, Los Angeles, San Antonio, Houston and Montreal.  CNCO will join as special guest on all but three of the of the fall dates, as noted below.  For more information please visit livenation.com. 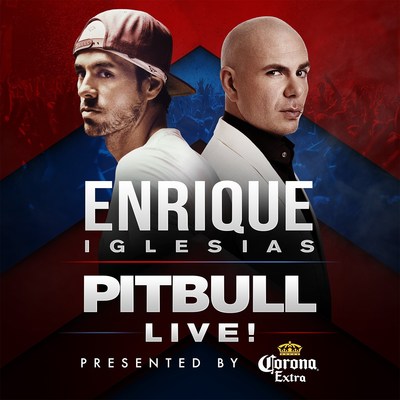 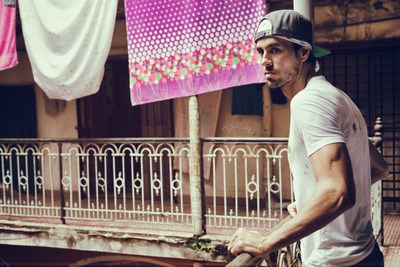 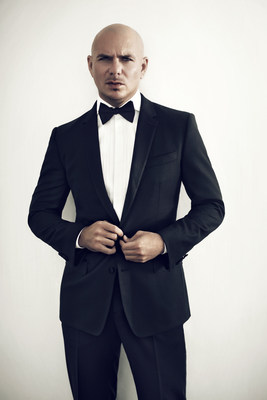 Tickets for the new dates, including the second MSG show on July 1, go on sale on Friday, April 28.

Enrique Iglesias has sold more than 150 million albums worldwide, released ten studio albums plus two greatest hits compilations, and is a multiplatinum artist in almost every country around the world. He has headlined ten world tours to more than 10 million fans throughout his career having performed in literally every corner of the world from New York to Sydney to Cape Town to Minsk to London to Belgrade to Santiago to Mexico among many more.

Undeniably the biggest Latin recording artist in music history, Enrique has 27 #1 singles on the Billboard Latin Songs Chart as well as having multiple #1's across all the Billboard charts with a combined total of 105. His most recent track, "Duele El Corazon" got him his 14th #1 Billboard Dance track making him the king of the chart beating out Michael Jackson for the most #1's in Billboard history. He continues to be one of the most successful artists in modern music holding the record for most weeks at #1 on Billboard's Hot Latin Songs chart with his hit "Bailando" at 42 weeks, and the music video has gained over 1.9 BILLION views on YouTube – with more than 6 billion combined views of all his videos on YouTube.

Enrique has been celebrated with just about every award an artist can receive including multiple Grammys, Billboard Awards, World Music Awards, American Music Awards, Premios Juventud, ASCAP and BMI honors and many more totaling over 200.  Enrique celebrates his success by helping to create awareness of the incredible work of Save The Children.

From Mr. 305 to Mr. Worldwide, Armando Christian Perez, aka Pitbull, rose from the streets of Miami to exemplify the American Dream and achieve international success. His relentless work ethic transformed him into a Grammy®-winning global superstar and business entrepreneur. Along the way, he has been the subject and host of prestigious cable and network specials. His music has appeared in "Men In Black III" and "The Penguins of Madagascar," and he even had a starring voiceover role in the animated 3D movie "Epic." Landing No. 1 hits in over 15 countries, 9 billion YouTube/VEVO views, 70 million single sales and 6 million album sales, Pitbull does not stop. His social networking channels include nearly 90 million combined Facebook (@Pitbull), Twitter (@Pitbull) and Instagram (@Pitbull) followers, plus more than 8 million YouTube subscribers (PitbullVEVO and PitbullMusic).

Making global music, Pitbull flaunts a style that's indisputably his own. Releasing his full-length debut, "M.I.A.M.I" in 2004, followed by the success of 2006's "El Mariel" and 2007's "The Boatlift." In tribute to his father, he delivered his first Spanish-language album, "Armando," in 2010. He grinded it out on the road and touched down everywhere from the Far East and South America to Europe and all across the U.S. His success continued as he went on to release additional chart-topping platinum hits, including "Timber" [featuring Ke$ha], "Fireball" [featuring John Ryan] and more. On March 17, Pitbull released his 10th full-length album, Climate Change, after wrapping his second headlining arena run – "The Bad Man Tour," named after the Climate Change hit single performed on the 2016 Grammy Awards.

Pitbull also continues to forge a presence in the business world with his vodka Voli, fragrance line "Pitbull," a strategic alliance with Playboy Enterprises and brand partnerships such as Norwegian Cruise Line. His Honey I'm Home production company has partnered with Endemol Shine North America for three New Year's Eve Revolution live TV shows on FOX, and Pitbull's Globalization (Ch. 4) on Sirius XM features some of the most prominent DJs from around the world.

Honored by his accolades and awards, Pitbull is especially proud that he has received a key to the city of his beloved Miami, has a wax figure on display at Madame Tussaud's Orlando, and received his star on the Hollywood Walk of Fame in the Celia Cruz Plaza on Hollywood Boulevard.

CNCO is Latin music's newest phenomenon. Winners of the 2015 Univision musical competition, La Banda, the talented quintet -- Christopher Vélez, Erick Brian Colón, Joel Pimentel, Richard Camacho, and Zabdiel De Jesús -- won over millions of viewers as well as the renowned judges: Ricky Martin, Laura Pausini and Alejandro Sanz. Winning the competition included a contract with Sony Music US Latin and a management deal with Ricky Martin. In 2016, CNCO were crowned the year's breakout act with multiple gold and platinum certifications of their debut, Primera Cita.  The award-winning quintet became Billboard's Latin Awards "Artist of the Year, New" with a string of #1's including singles "Tan Fácil," "Reggaetón Lento," "Para Enamorarte," and "Quiseria" – the videos for all combined have more than 960 million views!  Their music has been celebrated by their peers including winning five awards at the Premios Juventud 2016 and three Latin American Music Awards including "New Artist of the Year," "Favorite New Artist - Pop/Rock," and "Favorite Duo or Group - Pop/Rock." So far in 2017, CNCO received four Billboard Award nominations, and three Premio Lo Nuestro nominations, as well as a nomination for Best Latin Artist at the iHeartRadio Music Awards.  CNCO are poised to conquer the U.S. Latin market in 2017!

Corona Extra is a pilsner-style lager with a golden hue that was first brewed in Mexico in 1925. The refreshing flavor and carefree attitude of Corona have made it the #1 imported beer in the U.S. and the #5 beer brand overall. Corona has been helping consumers "Find their Beach" in the U.S. since 1981.

Corona Extra is exclusively brewed, imported and marketed by Constellation Brands for the U.S. market.

Constellation Brands (NYSE: STZ and STZ.B) is a leading international producer and marketer of beer, wine and spirits with operations in the U.S., Canada, Mexico, New Zealand and Italy. In 2015, Constellation was one of the top performing stocks in the S&P 500 Consumer Staples Index. Constellation is the number three beer company in the U.S. with high-end, iconic imported brands including Corona Extra, Corona Light, Modelo Especial, NegraModelo, Pacifico, and Ballast Point, one of the most awarded craft brewers in the U.S. Constellation is also the world's leader in premium wine selling great brands that people love including Robert Mondavi, Clos du Bois, Kim Crawford, Meiomi, Mark West, Franciscan Estate, Ruffinoand Jackson-Triggs. The company's premium spirits brands include SVEDKA Vodka and Black Velvet Canadian Whisky.

Based in Victor, N.Y., the company believes that industry leadership involves a commitment to brand-building, our trade partners, the environment, our investors and to consumers around the world who choose our products when celebrating big moments or enjoying quiet ones. Founded in 1945, Constellation has grown to become a significant player in the beverage alcohol industry with more than 100 brands in its portfolio, sales in approximately 100 countries, about 40 facilities and approximately 9,000 talented employees. We express our company vision: to elevate life with every glass raised. To learn more, visit www.cbrands.com.