NORTH BETHESDA, Md., Aug. 10, 2020 /PRNewswire/ -- As part of its continuing efforts to ensure that it has the right skills and viewpoints to guide the company for the future, Federal Realty Investment Trust (NYSE: FRT) today announced that it is adding to the Board of Trustees The Honorable Nicole Y. Lamb-Hale and Mr. Anthony Nader effective September 1, 2020. 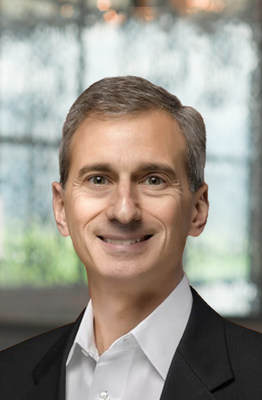 Ms. Lamb-Hale is a Managing Director at Kroll, a division of Duff & Phelps, a global provider of risk management solutions. At Kroll, Ms. Lamb-Hale's areas of focus include regulatory compliance matters including those related to reviews by the Committee on Foreign Investment in the United States (CFIUS); investigations of misconduct by employees and supply chain partners; and investigative due diligence in a variety of business contexts. She is the head of Duff & Phelps' Washington, DC office, chairs the firm's CFIUS and National Security practice and co-chairs the firm's Educational Investigations practice. Prior to joining Kroll, Ms. Lamb-Hale was a Senior Vice President at Albright Stonebridge Group, a global strategy consultancy, and served as the Assistant Secretary of Commerce for Manufacturing and Services in the International Trade Administration of the U.S. Department of Commerce and as the Deputy General Counsel for the U.S. Department of Commerce. Ms. Lamb-Hale is a licensed attorney who began her career at law firms where she practiced in the areas of business restructuring and public finance.

Mr. Nader is a Managing Director of SWaN & Legend Venture Partners, a principal investment firm that Mr. Nader co-founded in 2006, with investments in growth-oriented companies. Mr. Nader also serves as Vice Chairman of Asurion, a privately held company with over 19,000 employees that provides technology protection to approximately 300 million customers worldwide. In 2008, Mr. Nader successfully merged his prior company, National Electronics Warranty ("NEW") with Asurion. Mr. Nader joined NEW in 1990 as Chief Operating Officer, was named President in 1999 and Chief Executive Officer in 2006, a position he held until 2013. Under his leadership, NEW grew to be the largest global provider of extended service plans for the consumer electronics and appliance industry. Mr. Nader is the on the board of Arlington Asset Investment Corporation (NYSE:AI) where he has served since 2015. He is Chairman of the Inova Health System Board of Trustees and a director of Optoro, Inc., BigTeams, DuraStat and MusiCapital.

"We are very excited to welcome both Nicole and Tony to the Federal Board," said Joseph S. Vassalluzzo, Chairman of the Board of Trustees of Federal. "Diversity of skills, backgrounds and experiences is critical to a well-functioning Board and we believe that Nicole and Tony will broaden our collective experiences and further strengthen this Board."

Federal also announced that both Joseph S. Vassalluzzo, the Board's Non-Executive Chairman since 2006 and trustee since 2002, and Jon E. Bortz, a trustee since 2005, are expected to retire from the Board when their terms expire in connection with Federal's 2021 Annual Shareholders Meeting. When these changes have been fully implemented, the Board will consist of seven Trustees, four of whom have joined the Board since 2017.

"Federal's business employs a long-term strategy, with some acquisition and development projects often taking many years to negotiate, entitle, and/or develop, which means it's important for the Board to include members with long-term perspectives and history as well as to add fresh perspectives from time to time," said Elizabeth I. Holland, Chairperson of the Nominating and Corporate Governance Committee. "Joe and Jon have provided invaluable guidance for the company that has been instrumental in the company's growth during their tenure. The opportunity for Nicole and Tony to learn from Joe and Jon as we transition over the next 9 months will position the Board well to guide the company through these unusual times."

Federal Realty has increased its quarterly dividends to its shareholders for 53 consecutive years, the longest record in the REIT industry. Federal Realty is an S&P 500 index member and its shares are traded on the NYSE under the symbol FRT. For additional information about Federal Realty and its properties, visit www.federalrealty.com.