DETROIT, Jan. 9, 2017 /PRNewswire/ -- The first-ever, interactive digital license plate debuts today at the North American International Auto Show (NAIAS) in Detroit during Automobili-D, a new event showcasing connected car technology. Created by Reviver, the rPlate™ modernizes the 125-year-old license plate, bringing it into the 21st century by transforming it into an innovative, multi-functional digital display and offering a major aesthetic and design upgrade for the only part of the vehicle that has remained unchanged since the automobile debuted. This smart device is an Internet of Things (IoT) platform that offers unlimited opportunities for applications, including DMV registration automation, hyper-local messaging, telematics and vehicle management. 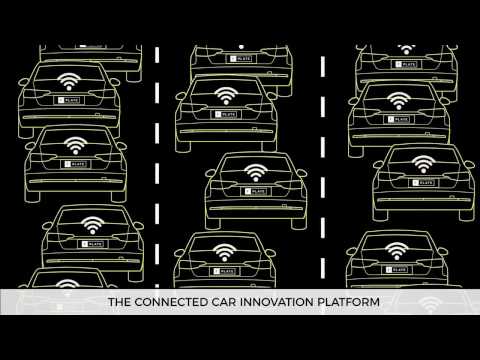 In addition to developing the technology and platform behind rPlate, Reviver has numerous patents pending/obtained, the approval of state legislators in California and Florida, preliminary approval from Arizona's DMV and Department of Transportation, and legislation in progress in Texas. Prototype rPlates are already operational in California, and Reviver plans to launch the rPlate in all four states by the end of 2017.

"Our team has been working to modernize the antiquated 125-year-old stamped metal license plate for more than seven years – including four years of successful collaboration with the California DMV, Governor's Office and State Legislature, CHP and the California Department of Transportation, an effort that has paved the way for approvals in other states," said Neville Boston, CEO and Founder of Reviver.

"The rPlate opens up the 'connected car' ecosystem to a myriad of solutions – some of which are already in development and many that have yet to be imagined," continued Boston. "In addition to automating the costly DMV registration process and providing telematics and fleet management capabilities, the rPlate immediately unlocks a powerful new channel for OEMs, dealerships, and organizations, to reach and service customers in hyper-local and targeted ways."

"The rPlate is the first ever 'fifth screen' or digital signage platform to grace the back of a vehicle and can be installed as an aftermarket product or seamlessly integrated directly into the design of the vehicle," said Allan Cooper, Partner, Reviver. "It can display hyper-local targeted messages to a captive audience when a vehicle is legally parked in any location.

"One example is the opportunity for auto retailers to use the rPlate to display customized messaging - such as the brand they sell, a lease payment specific to vehicle models, or a sponsored community event or charity on service loaner vehicles and company vehicles," continued Cooper.

Messages on the rPlate can dynamically change based on geolocation configuration, in and out of a dealership's PMA (Prime Marketing Area). Reviver has also incorporated programming for emergency broadcasts like extreme weather warnings and Amber Alerts, as well as VIN-specific recall notifications, into its digital display. The rPlate can also automate the payment of toll road charges, parking fees and much more.

The rPlate houses a GPS, accelerometer, RF sensors, CAN bus access, storage and is built to withstand all weather and extreme conditions. The rPlate's 6" x 12" display is the same size as a standard state license plate and its anti-reflective screen is legible in all weather conditions.

Reviver also unveiled the rStore today, a cloud-based app development platform that will host apps designed to maximize the functionality of fully connected vehicles. The rStore will offer an open platform for 3rd party development of apps.

The rPlate will be on display in booth #11 at The Detroit Show's Automobili-D showcase.

About ReviverSan Francisco-based Reviver was founded in 2009 with a mission to establish a universal connected car innovation platform – a mission made possible by reviving legacy automotive solutions and making them fully interactive, robust and connected to a universal store of digital applications. The company's innovative, multi-functional digital license plate, the rPlate, will be on the road in California, Florida, Arizona and Texas in 2017. Its cloud-based app development platform, the rStore, will be open to 3rd party developers in the second half of 2017. For more information visit www.reviver.io.