ATLANTA, April 13, 2015 /PRNewswire/ -- Georgia Power announced today, that for the third year in a row, the company is partnering with other utilities, elected officials and customers to celebrate and observe the work of line personnel 24 hours a day, 365 days a year.  In Georgia, the state's linemen will be officially recognized on April 18 thanks to the passage of Senate Resolution 501. Across the country, electric cooperatives are thanking linemen on April 13 as part of a coordinated effort led by the National Rural Electric Cooperative Association (NRECA). 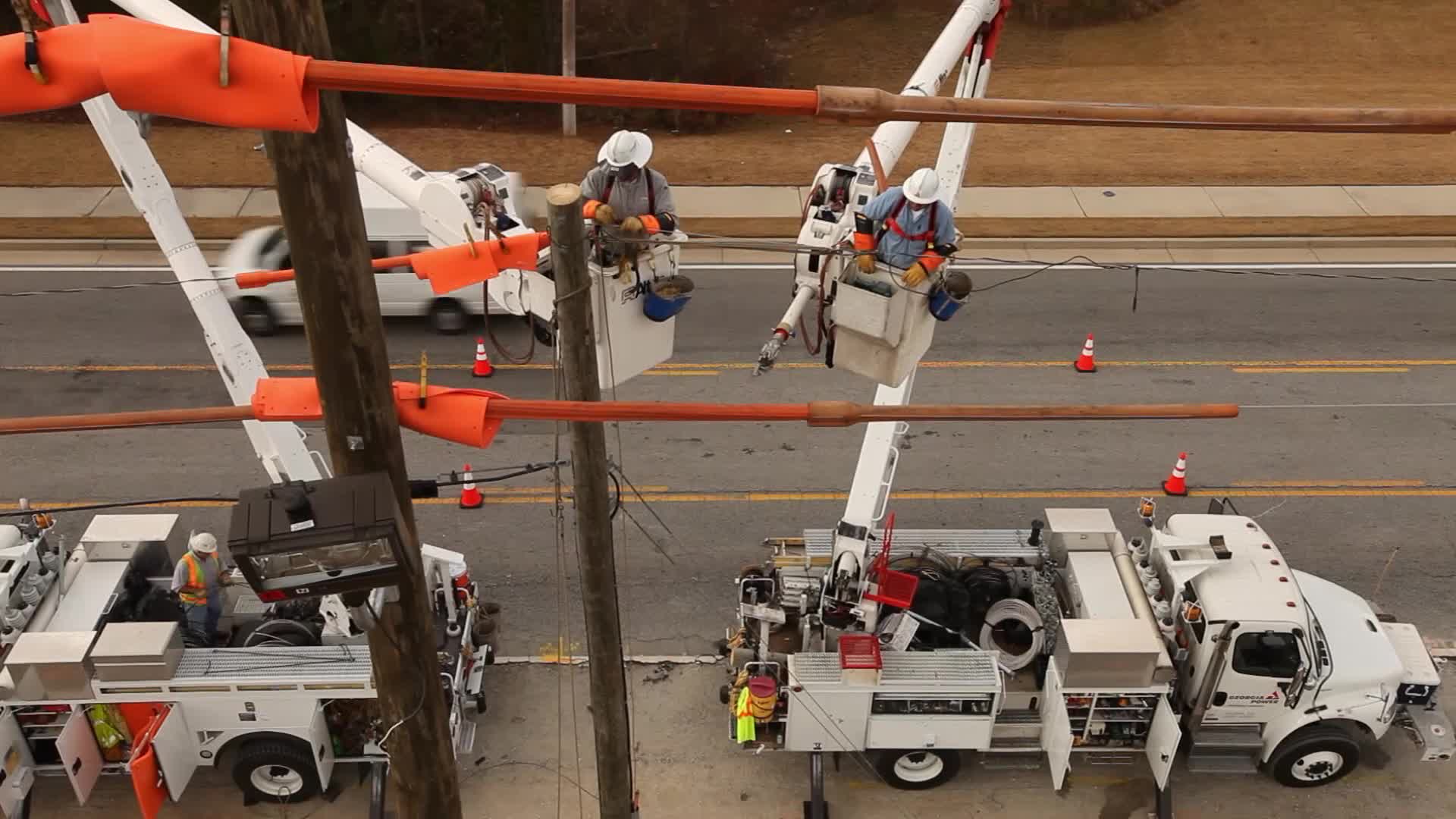 Throughout the week, Georgia Power is inviting customers, employees, or anyone who has been positively impacted by the work of linemen, to sign a digital "thank you" card at www.GeorgiaPower.com/Lineman. In addition to the online card, Georgians can follow the conversation and events from around the country by using #ThankALineman on Facebook, Twitter and various other social media platforms. Social fans can also visit Georgia Power's Facebook and Twitter properties, where the company will place a focus on line personnel and their stories.

"Our line crews are our first line of defense against outages due to severe weather and other causes, working safely in cities and counties across the state to ensure that reliable power is available for customers all day, every day," said Leslie Sibert, vice president of distribution for Georgia Power. "At Georgia Power, we're proud to acknowledge the commitment of our men and women in the field and to join with others in our state, and nationwide, to say 'thank you' this week."

Line crews function seamlessly as part of a larger Georgia Power power delivery team, which also includes logistics teams and generation teams at power plants statewide, to keep reliable energy flowing to thousands of homes and businesses.  The work of Georgia linemen is visible year round, but is especially pronounced during outages which may occur following spring and summer thunderstorms, tornadoes and winter ice storms including, most recently, the February storms that caused extensive damage in northern Georgia and impacted service to hundreds of thousands of Georgians.

In addition to serving the company's 2.4 million customers in Georgia, Georgia Power linemen are often called away from their families to help restore power to neighboring states when major storms or disasters occur. Georgia Power linemen can travel thousands of miles each year and can spend weeks in the field helping restore power to customers as far away as New York and Houston.  The company has received recognition from the Edison Electric Institute (EEI) for outstanding emergency response including the Emergency Recovery Award and the Emergency Assistance Award.

Georgia Power is the largest subsidiary of Southern Company (NYSE: SO), one of the nation's largest generators of electricity.  Value, Reliability, Customer Service and Stewardship form the cornerstones of the company's promise to 2.4 million customers in all but four of Georgia's 159 counties. Committed to delivering clean, safe, reliable and affordable energy at rates below the national average, Georgia Power maintains a diverse, innovative generation mix that includes nuclear, 21st century coal and natural gas, as well as renewables such as solar, hydroelectric and wind.  Consistently recognized as a leader in customer service, Georgia Power was recently ranked highest in overall business customer satisfaction among large utilities in the South by J.D. Power and Associates. For more information, visit www.GeorgiaPower.com and connect with the company on Facebook (Facebook.com/GeorgiaPower) and Twitter (Twitter.com/GeorgiaPower).