PLANO, Texas, July 15, 2019 /PRNewswire/ -- Performance, capability and style are on full display with today's launch of the all-new 2020 Toyota GR Supra campaign, "This Is Our Sport." In a nod to Toyota's sports car heritage, the campaign reflects how Supra drivers will feel the excitement of an iconic car designed with them in mind - a car that pushes the limits. 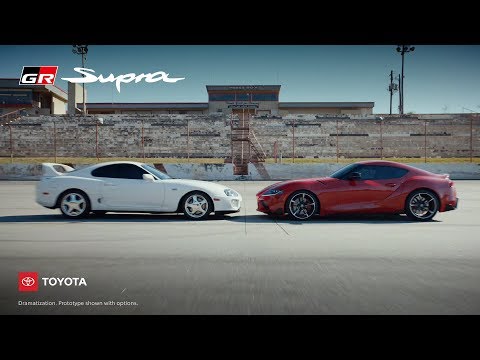 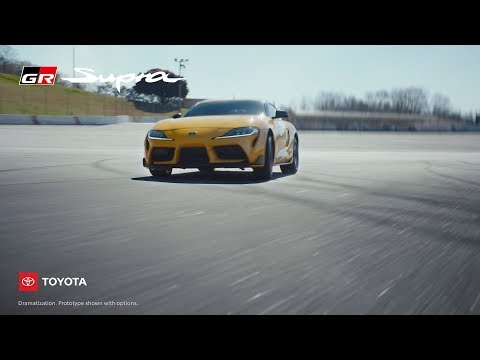 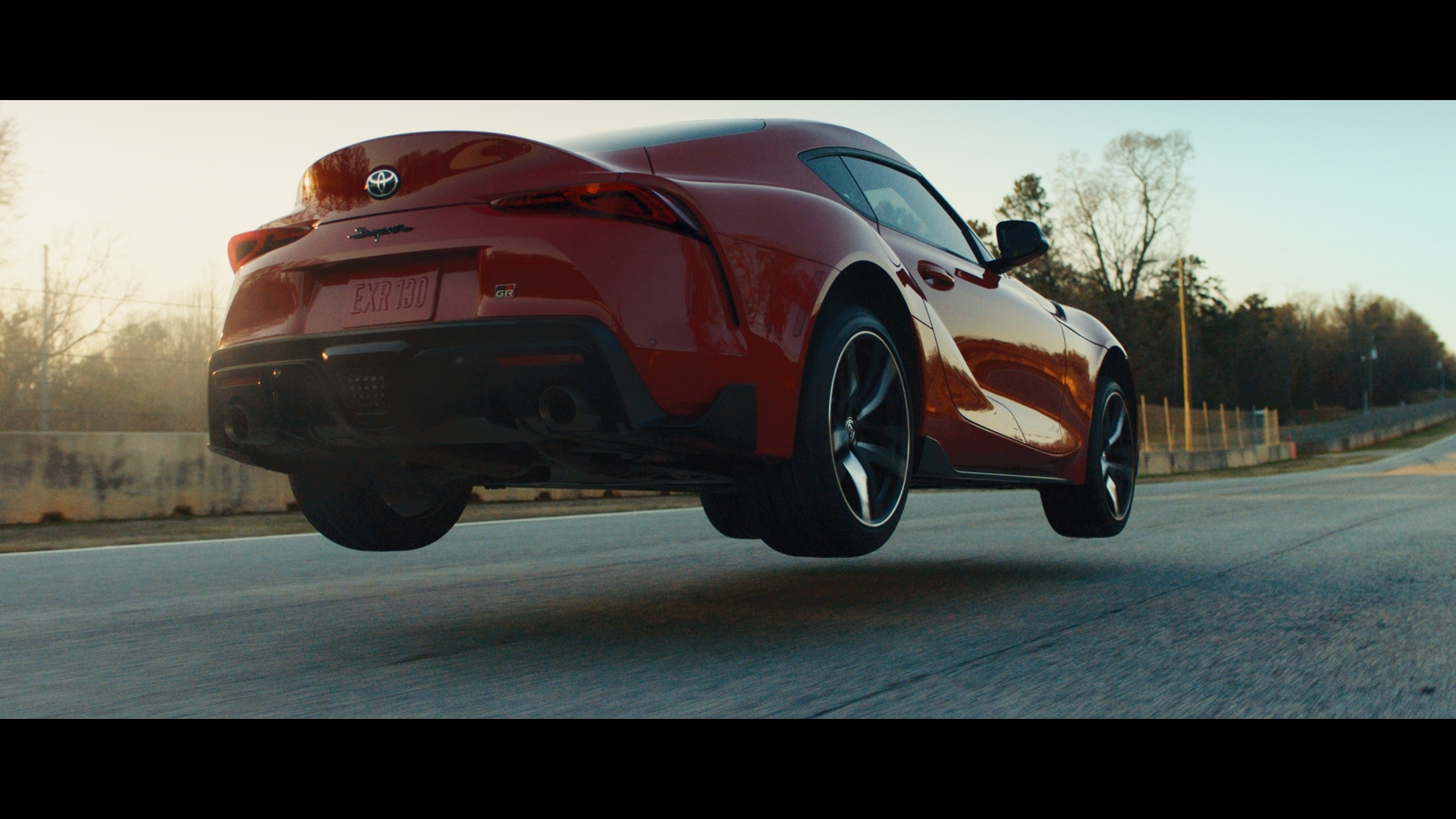 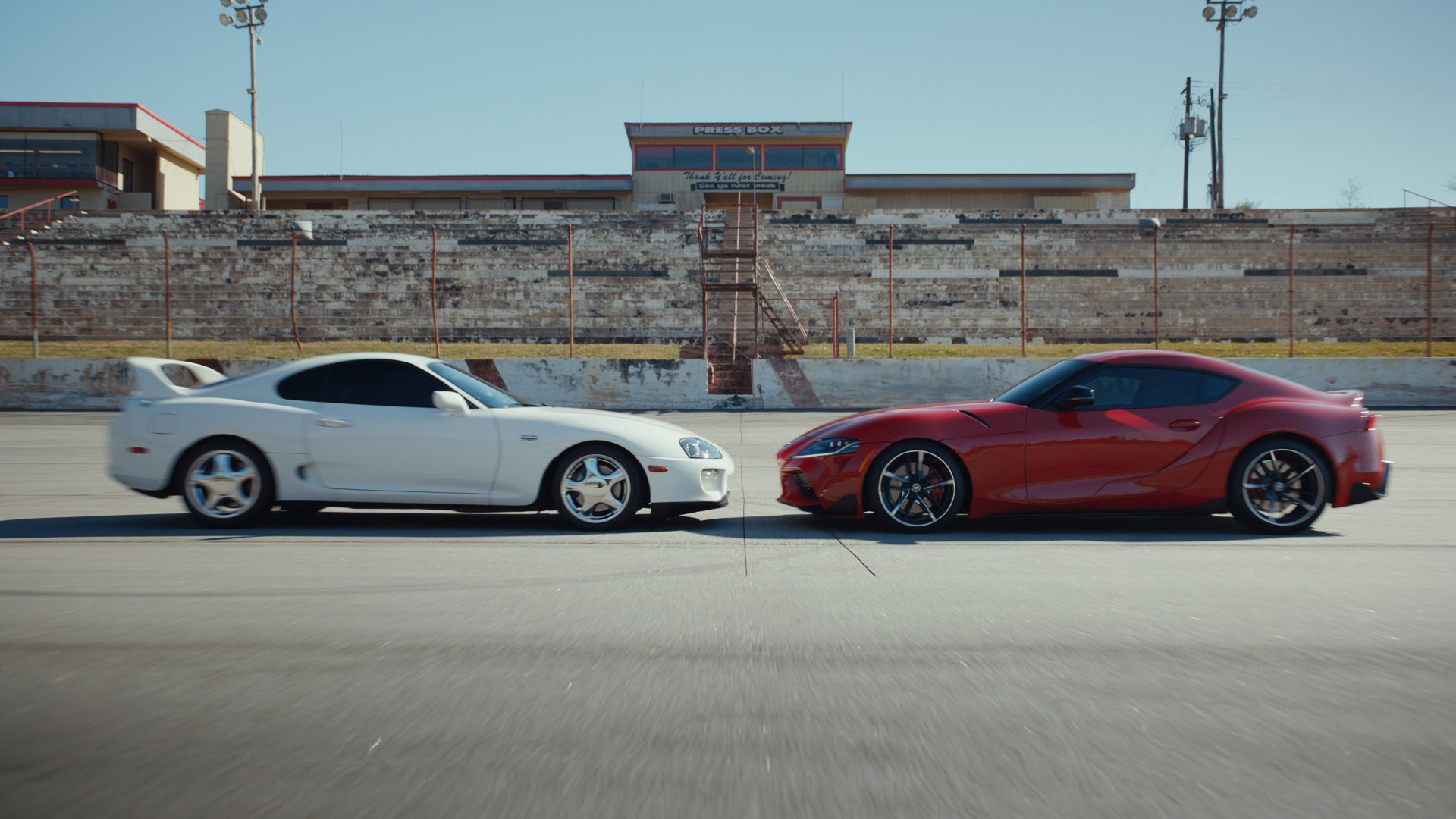 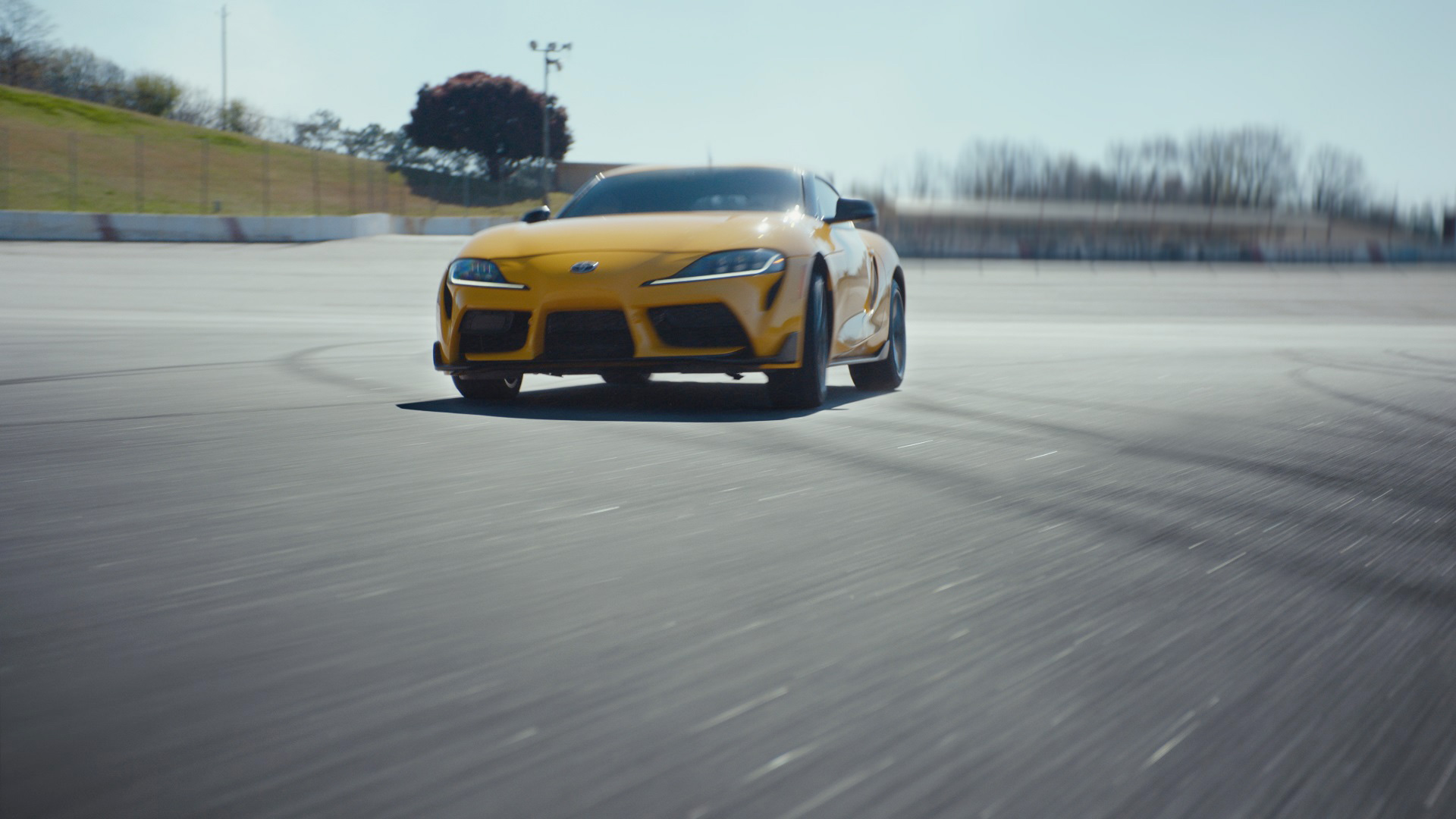 "The return of the Toyota Supra has been a long time coming, and it's well worth the wait," said Ed Laukes, group vice president, Toyota Marketing, Toyota Motor North America. "The new campaign highlights the thrill of getting to know the 2020 GR Supra and a rediscovered appreciation for the simple joy of driving."

Broadcast & DigitalThe 30-second, 15-second and 6-second broadcast and digital spots were directed by Ozan Biron. These unique spots highlight the Supra's exhilarating blend of power, precision and agility and inspire drivers to own the sports car they always dreamed about.

In "Track Day", Julie Andrews' "Getting to Know You" provides the soundtrack as driver and car glide harmoniously around the iconic Road Atlanta track, showcasing the Supra's indisputable performance and style as they get to know each other.

The 6-second spots, appropriately titled "0 to 60", "Balanced", "Face Off", "Joy", "Ribbon", "Sport Mode", and "Walks On Water", demonstrate the spirit of a new sports car - sleek, stylish, powerful and ready to command any road.

The campaign creative was led by Saatchi & Saatchi with Zenith Media responsible for TV and Outdoor media buying.

The return of the 2020 GR Supra was announced with a TV spot in February's "Big Game".  The high-energy spot, "Wizard", set the stage for the return of Toyota's iconic sports car after a 21-year hiatus.

Media Placements"Track Day", the 30-second spot from the new campaign, will air across motorsports TV programming; a custom long-form video called "Game Of Horsepower" will feature a unique twist on the classic game of H.O.R.S.E. and will appear on Reddit, YouTube, Facebook, Instagram and Twitter; additional custom brand integrations include GQ, Twitter's @Marvel LIVE as well as exclusive auto partner of Sports Illustrated's Fashionable 50 event. Print media includes a custom French Door cover where Motor Trend and Road & Track subscribers will receive an exclusive pull-out poster tapping into the nostalgia of '90s car posters. The Road & Track partnership also features a custom Augmented Reality (AR) integration, which will allow users to virtually see the Supra in their driveway or garage.

Digital partners include Google, Amazon, CBS, IGN and Fast Company with Amobee for programmatic. Social partners include Twitter, Reddit, Facebook and Instagram while audio extensions include Tune In and Gimlet. Out-of-home (OOH) will include high-impact billboards in 17 markets. Additionally, spots will air on national and digital radio as well as within select movie titles in theaters nationwide in conjunction with National CineMedia.

The broadcast and digital spots are available for viewing here. For images and credits, please click here.

The all-new Supra is now on sale and available in two grades – 3.0 and 3.0 Premium, as well as a Launch Edition which is based on the 3.0 Premium grade. Enthusiasts can get their 2020 Supra at a Manufacturer's Suggested Retail Price (MSRP) starting at $49,990, with the Launch Edition models starting at $55,250. Both will be powered by a 3.0-liter turbocharged inline six-cylinder engine that produces 335 horsepower and 365 lb-ft of torque and is mated to an 8-speed automatic transmission with paddle shifters. For more information, visit: http://www.toyota.com/supra.

About Toyota Toyota (NYSE:TM) has been a part of the cultural fabric in the U.S. and North America for more than 60 years, and is committed to advancing sustainable, next-generation mobility through our Toyota and Lexus brands. During that time, Toyota has created a tremendous value chain as our teams have contributed to world-class design, engineering, and assembly of more than 38 million cars and trucks in North America, where we have 14 manufacturing plants, 15 including our joint venture in Alabama (10 in the U.S.), and directly employ more than 47,000 people (over 36,000 in the U.S.). Our 1,800 North American dealerships (nearly 1,500 in the U.S.) sold 2.8 million cars and trucks (2.4 million in the U.S.) in 2018.