SAN DIEGO, Oct. 15, 2018 /PRNewswire/ -- As companies aggressively invest in a future driven by intelligence – rather than just more analytics – business and IT decision-makers are increasingly frustrated by the complexity, bottlenecks and uncertainty of today's enterprise analytics, according to a survey of senior leaders at enterprise-sized organizations from around the world. 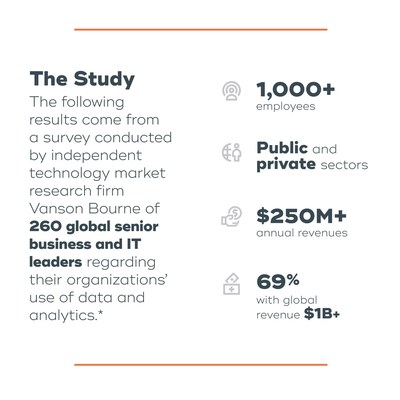 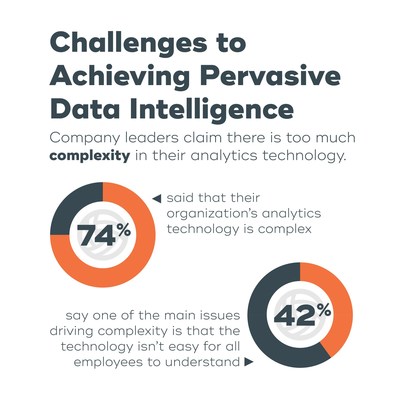 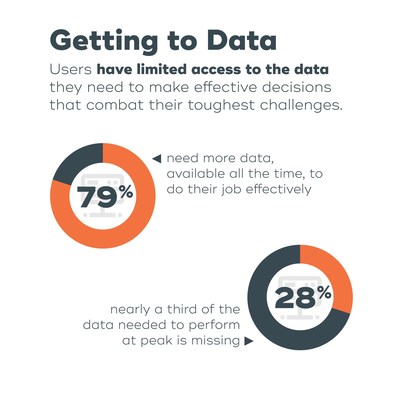 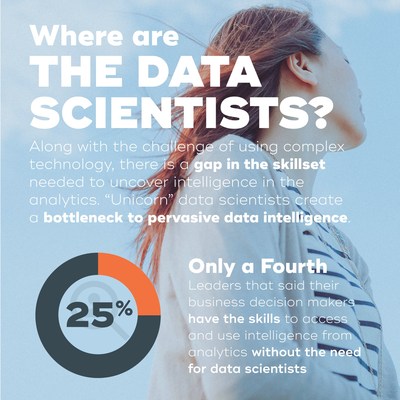 The survey, conducted by independent technology market research firm Vanson Bourne on behalf of Teradata (NYSE: TDC), the industry's only pervasive data intelligence company, found significant roadblocks for enterprises looking to use intelligence across the organization. Many senior leaders agree that, while they are buying analytics, those investments aren't necessarily resulting in the answers they are seeking. They cited three foundational challenges to making analytics more pervasive in their organization:

"The largest and most well-known companies in the world have collectively invested billions of dollars in analytics, but all that time and money spent has been met with mediocre results," said Martyn Etherington, Teradata's Chief Marketing Officer. "Companies want pervasive data intelligence, encompassing all the data, all the time, to find answers to their toughest challenges. They are not achieving this today, thus the frustration with analytics is palpable."

Overly Complex Analytics TechnologyThe explosion of technologies for collecting, storing and analyzing data in recent years has added a significant level of often paralyzing complexity. The primary reason, cited in the survey, is that generally technology vendors don't spend enough time making their products easy for all employees to use and understand; this problem is further exasperated by the recent surge and adoption of open source tools.

Limited Access to DataThe survey further found that users need access to more data to do their jobs effectively. Decision-makers and users understand that more data often leads to better decisions, but too often, a lack of access to all the necessary data is a significant limiting factor for analytics success. According to the survey, decision-makers are missing nearly a third of the information they need to make informed decisions, on average – an unacceptable gap that can mean the difference between market leadership and failure.

Not Enough Data ScientistsFinally, "unicorn" data scientists remain a bottleneck, preventing pervasive intelligence across the organization. Respondents see this as an issue and connect the problem to the challenge of using complex technologies. To combat it, the vast majority say that they are investing, or plan to invest, in easier-to-use technology, as well as in training to enhance the skills of users.

About the survey:The global survey was conducted in August and September 2018 among 260 senior business and IT decision makers in the Americas, Europe and Asia Pacific. Respondents' organizations had 1,000 employees or more, were from any public or private sector, and had a global annual revenue of $250 million or more (with 69 percent of respondents from companies with at least $1B in global annual revenue).

Interviews were conducted online or via telephone using a rigorous multi-level screening process to ensure that only suitable candidates were given the opportunity to participate.

Vanson Bourne is an independent specialist in market research for the technology sector. Their reputation for robust and credible research-based analysis is founded upon rigorous research principles and their ability to seek the opinions of senior decision makers across technical and business functions, in all business sectors and all major markets. For more information, visit www.vansonbourne.com.

Teradata transforms how businesses work and people live through the power of data. Teradata leverages all of the data, all of the time, so you can analyze anything, deploy anywhere, and deliver analytics that matter. We call this pervasive data intelligence. And it's the answer to the complexity, cost, and inadequacy of today's approach to analytics. Get the answer at teradata.com.

The Teradata logo is a trademark, and Teradata is a registered trademark of Teradata Corporation and/or its affiliates in the U.S. and worldwide.