TROY, Mich., July 29, 2021 /PRNewswire/ -- As the largest swim school partner of Ellis & Associates, a company 100% devoted to aquatic safety, operations and risk management, Goldfish Swim School is joining its efforts to celebrate and recognize "International Lifeguard Appreciation Day" on July 31. The day is designed to celebrate and thank the hundreds of thousands of professional lifeguards who make it their mission to work while others play. Goldfish Swim School's lifeguards and swim instructors play an essential role in teaching more than 150,000 children each week to be safer in and around the water.

Goldfish Swim School makes it easy to join its team of 'Wavemakers in the Workforce' as each school has an Ellis & Associates-certified lifeguard instructor on staff. This means, those interested in pursuing the job opportunity don't need to come to Goldfish Swim School with a lifeguard certification; rather, Goldfish will train and certify each new team member.

"Being a lifeguard or swim instructor at one of our schools is so much more than a high school job – it's truly a stepping stone to a lifelong career in leadership, child development and more," said Nikki Thomas, Goldfish Swim School Franchise Training, Development & Safety Manager, who has been in the aquatics risk management industry for nearly two decades. "The impact our lifeguards and instructors have in their communities is unmatched. We're grateful to have such an amazing team and express a huge thank you for their efforts. As we continue to actualize our mission of water safety, we look forward to welcoming new faces to the Goldfish family."

Tyler Anderson, Aquatics Manager at Goldfish Swim School – Milford:  In 1997, Anderson took his first Lifeguard Training Course, and the exciting introduction to both aquatics and medical emergency response spawned a life-long love of all-things-aquatic, and all-things-lifesaving. From teaching Lifeguard Training classes for the American Red Cross, to becoming an Instructor-Trainer, Aquatic Examiner, EMT professional and now Aquatics Manager at Goldfish Swim School in Milford, Massachusetts, Anderson has a true passion for helping others. That passion, combined with his hard work, has helped him make waves in his communities, and in his career.

-          "There are so many opportunities to learn lifelong leadership, emergency management and basic life support skills as a lifeguard - you never know when those skills will come in handy in life. As a lifeguard over the years, I have enjoyed being able to help intervene and prevent accidents and injuries before they become a more serious problem or drowning. It's knowing that we're making an impact that makes this career path so rewarding."

Nici Fleming, Owner & Lifeguard Instructor at Goldfish Swim School – Rogers NWA: As a pediatric nurse, Fleming has a strong passion for keeping children safe and healthy whether it be in the pool or out. After she had children of her own, she took them to lessons at Goldfish and was immediately impressed with the emphasis placed on water safety. Fleming and her husband became so passionate about the mission of helping all children become safer in and around the water, that they moved across country to Arkansas to open their own Goldfish Swim School. This is when she became first introduced to lifeguarding and trained as the school's Lifeguard Instructor – a natural extension of her experience as a nurse, knowing the direct impact lifeguards can make in helping keep children safe.

-          "Becoming a lifeguard really opened my eyes to safety concerns, not just at Goldfish Swim School but out in public as well. Safety is such an important aspect of life which is what makes this job so rewarding. I know the work I do day in and day out is having a direct impact on my community. There's a real 'why' behind the work – we're making a difference, helping kids learn and grow and saving lives."

Courtney Richardson, Regional Manager at Goldfish Swim School – Williamsville: Richardson first dipped her toe into lifeguarding at a waterpark in high school. Since then, she's continued lifeguarding and teaching swim lessons at various facilities throughout college and into her adult career where she's taken on more leadership roles.

-          "Originally, I pursued lifeguarding as a fun way to make some money, but early in my career I experienced a lifesaving incident that showed me the true impact we're able to have in this role. That experience stuck with me, and now, I am always so impressed by young people choosing a lifeguarding job - it can be very challenging and places an incredible amount of responsibility on their shoulders - but it's so rewarding for them - and myself - to see the impact that they make. In my current role as Regional Manager, I have been so lucky to have the opportunity to work with three schools to help train their teams and provide a fin-tastic experience for all our Goldfish families."

On International Lifeguard Appreciation Day, Goldfish Swim School encourages families to follow its lead in taking the time to thank lifeguards on duty at their pool, beach or water park and give them the greatest gift – follow the facility rules, keep an eye on children and willingly follow lifeguard instructions.

"Lifeguards are the frontline heroes of the water," said Jennifer Barber, Client Manager at Ellis & Associates. "They are first responders—trained and certified to assist swimmers and perform life-saving measures, often putting their own lives at risk. The job of a lifeguard may look like fun in the sun, but these professionals are serious about safety and dedicated to their role. We love the way Goldfish Swim School is recognizing and appreciating all its lifeguards and swim instructors, and the positive impact they're making across the country."

About Goldfish Swim School Founded by husband and wife team Chris and Jenny McCuiston, Goldfish Swim School provides swim lessons and water safety instruction to infants and children ages four months to 12 years. Classes are offered by specially trained instructors in a safe, child-friendly and fun environment using their research-based philosophy called The Science of SwimPlay®. Headquartered in Troy, Michigan, Goldfish Swim School was established in Birmingham, Michigan in 2006, and opened its first franchise location in 2009. Recently, the brand was recognized by Entrepreneur in its Franchise 500® ranking, Franchise Times' Fast & Serious List, and Inc. Magazine's Top 5000. Goldfish Swim School is currently in the process of expanding franchise opportunities throughout North America, with more than 120 schools open, and an additional 130 in development in more than 30 states and Canada. 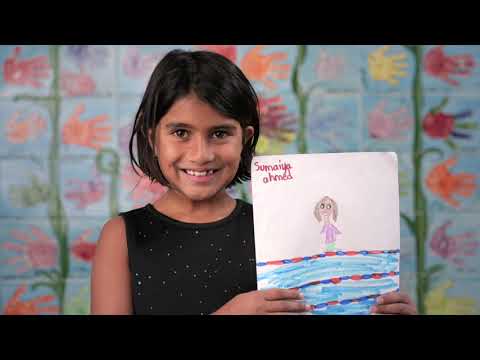