These preliminary, unaudited results are based on management's initial review of operations for the quarter and year ended December 31, 2015 and remain subject to the completion of the Company's customary annual closing and review procedures. Final adjustments and other material developments may arise between the date of this press release and the dates GoPro announces fourth quarter 2015 results and the filing of the Company's Annual Report on Form 10-K with the SEC.

Zander Lurie Appointed to GoPro BoardZander has resigned from his role as Senior Vice President of GoPro Entertainment and has been appointed to serve on GoPro's board of directors. Mr. Lurie has deep experience working with Internet-based business models across digital and traditional media. At GoPro Entertainment, he built a team dedicated to pursuing new formats and revenue streams from user-generated content and the Company's large cache of digital entertainment. Prior to GoPro, he served as an executive at CBS Corp. which he joined with the acquisition of CNET Networks where he served as CFO and head of Corporate Development. Mr. Lurie began his career in the technology investment banking group at J. P. Morgan where he led equity transactions and mergers and acquisitions in the Internet sector.

Reallocation of ResourcesOver the past two years, GoPro's headcount has grown by more than 50% annually, to more than 1,500 employees at the end of 2015. To better align resources to key growth initiatives, GoPro has implemented a reduction in its workforce of approximately 7 percent. The Company estimates it will incur approximately $5 million to $10 million of restructuring expenses in the first quarter of 2016, substantially all of which will be severance costs.

Fourth Quarter and Full Year 2015 Earnings Conference Call GoPro will release its financial results for the fourth quarter and full year 2015 after the market closes on February 3, 2016.

GoPro management will host a conference call and live webcast for analysts and investors on February 3, 2016 at 2 p.m. Pacific Time (5 p.m. Eastern Time) to discuss the Company's financial results.

To listen to the live conference call, please dial toll free (888) 806-6221 or (913) 981-5588, access code 4243159, approximately 15 minutes prior to the start of the call. A live webcast of the conference call will be accessible on the "Events & Presentations" section of the Company's website at http://investor.gopro.com. To access the live webcast, please log in 15 minutes prior to the start of the call to download and install any necessary audio software. The webcast will be recorded and the recording will be available on GoPro's website, http://investor.gopro.com, approximately two hours after the call and for six months thereafter.

GoPro reports gross margin and operating expenses, in accordance with U.S. generally accepted accounting principles (GAAP) and on a non-GAAP basis. Non-GAAP gross margin and non-GAAP operating expenses exclude, where applicable, the effects of stock-based compensation and acquisition-related costs. A reconciliation to the comparable GAAP guidance has not been provided because certain factors that are materially significant to the Company's ability to estimate the excluded items are not accessible or practically estimable at this time.

About GoPro, Inc. (NASDAQ: GPRO):GoPro, Inc. is transforming the way people visually capture and share their lives.  What began as an idea to help athletes self-document themselves engaged in their sport, GoPro has become a standard for how people capture themselves engaged in their interests, whatever they may be.  From extreme to mainstream, professional to consumer, GoPro enables the world to capture and share its passion in the form of immersive and engaging content.

GOPRO® and HERO® are trademarks or registered trademarks of GoPro Inc. in the United States and other countries.

Note on Forward-looking StatementsThis press release may contain projections or other forward-looking statements regarding future events, including amounts of estimated revenue, non-GAAP gross margins and operating expenses, the reduction of revenue for price protection related charges, the write off of excess purchase order commitments, excess inventory and obsolete tooling, and restructuring expenses. These statements involve risks and uncertainties, and actual events or results may differ materially.  Among the important factors that could cause actual results to differ materially from those in the forward-looking statements are the results of the financial closing procedures for the year-end financial results, the effects of the highly competitive market in which we operate; our dependence on sales of our capture devices for substantially all of our revenue; our reliance on third-party suppliers, some of which are sole-source suppliers, to provide components for our products; the fact that we do not expect to continue to grow in the future at the same rate as we have in the past, and profitability in recent periods might not be indicative of future performance; difficulty in accurately predicting our future customer demand; the importance of maintaining the value and reputation of our brand; any inability to successfully manage frequent product introductions and transitions; the effects of international business uncertainties; our reliance on our Chief Executive Officer; and other factors detailed in the Risk Factors section of our Annual Report on Form 10-K for the year ended December 31, 2014, which is on file with the Securities and Exchange Commission.  These forward-looking statements speak only as of the date hereof or as of the date otherwise stated herein.  GoPro disclaims any obligation to update these forward-looking statements. 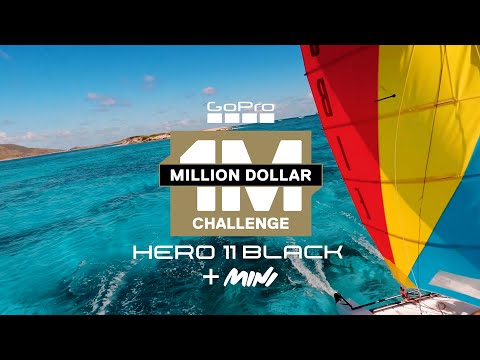