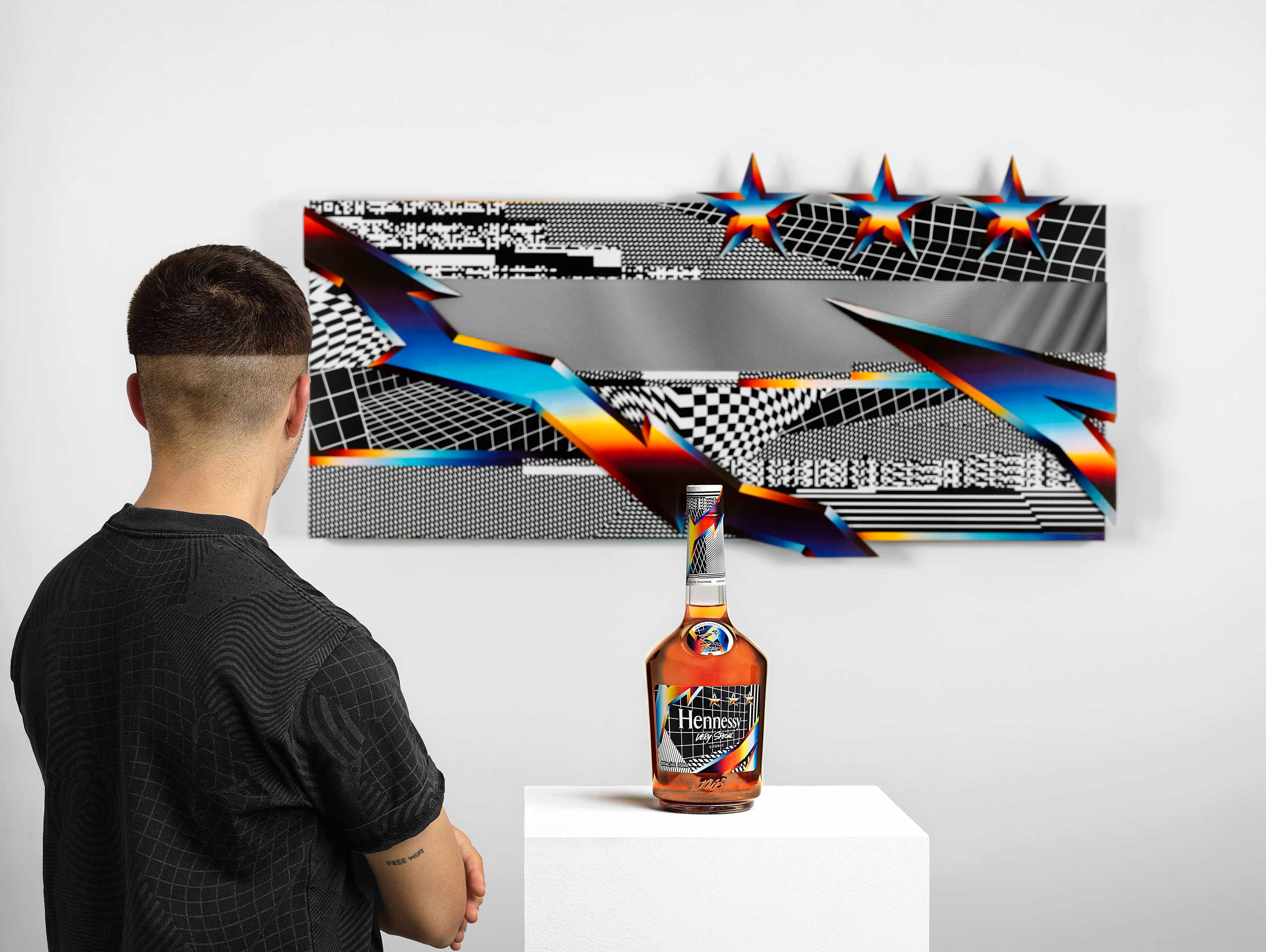 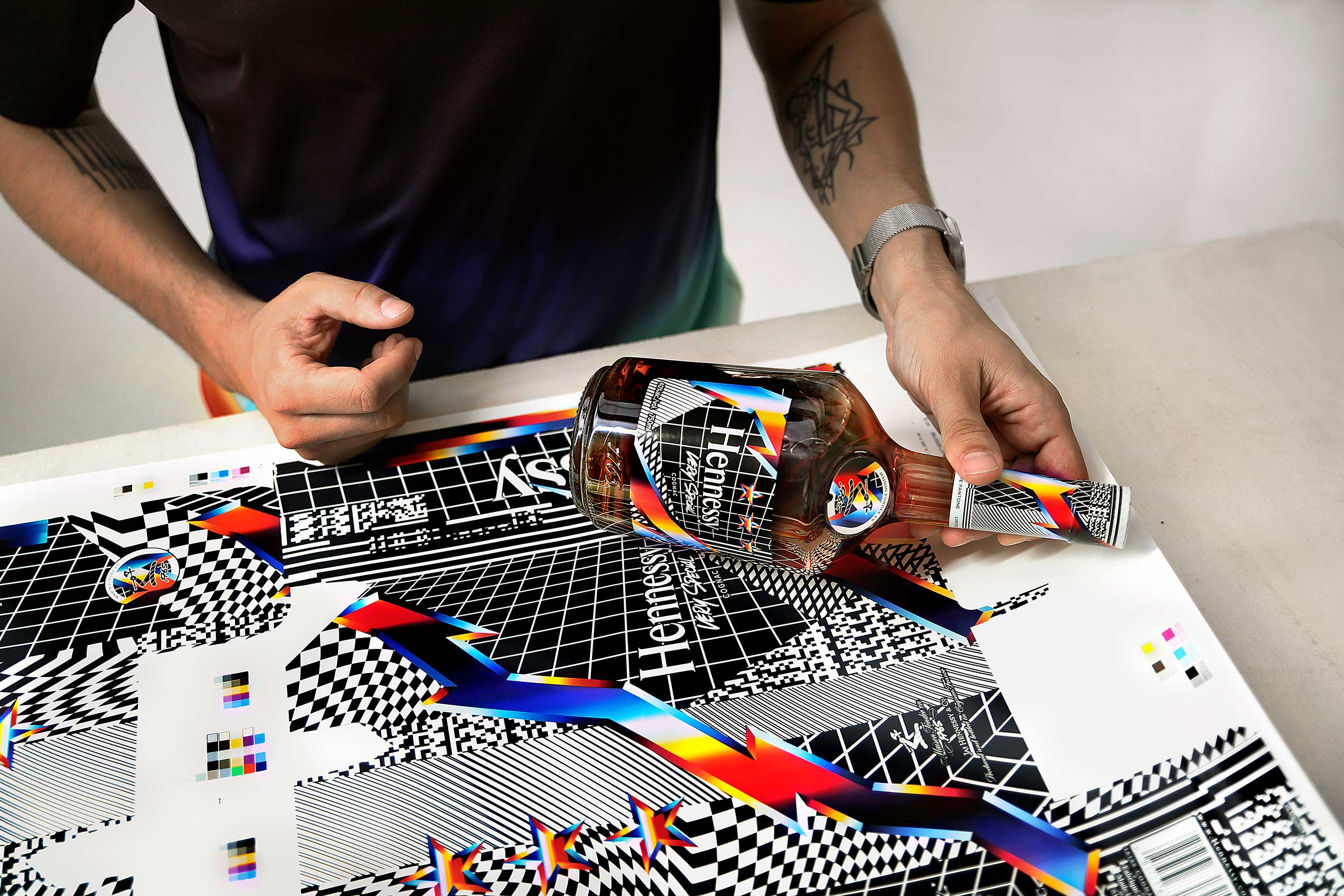 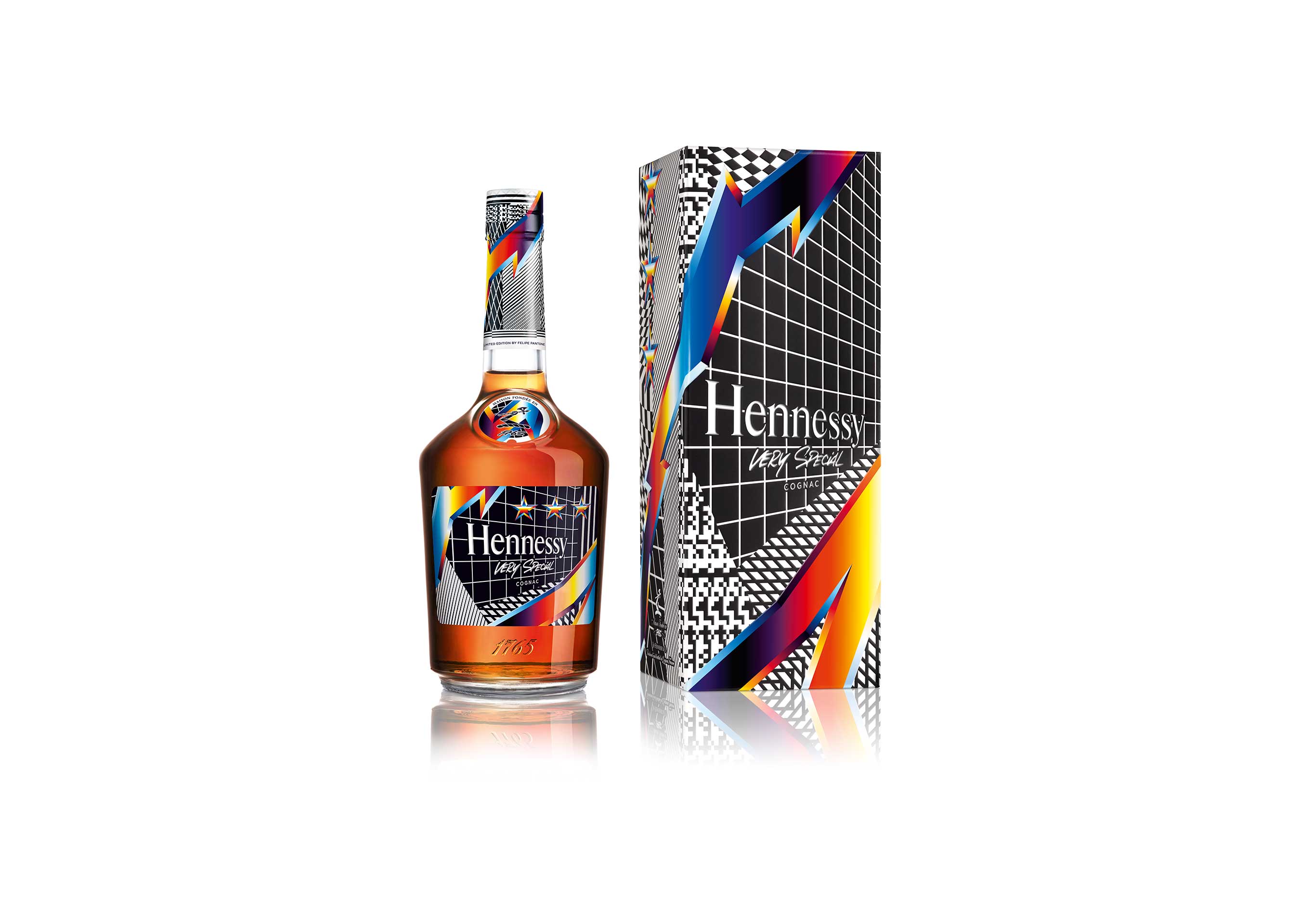 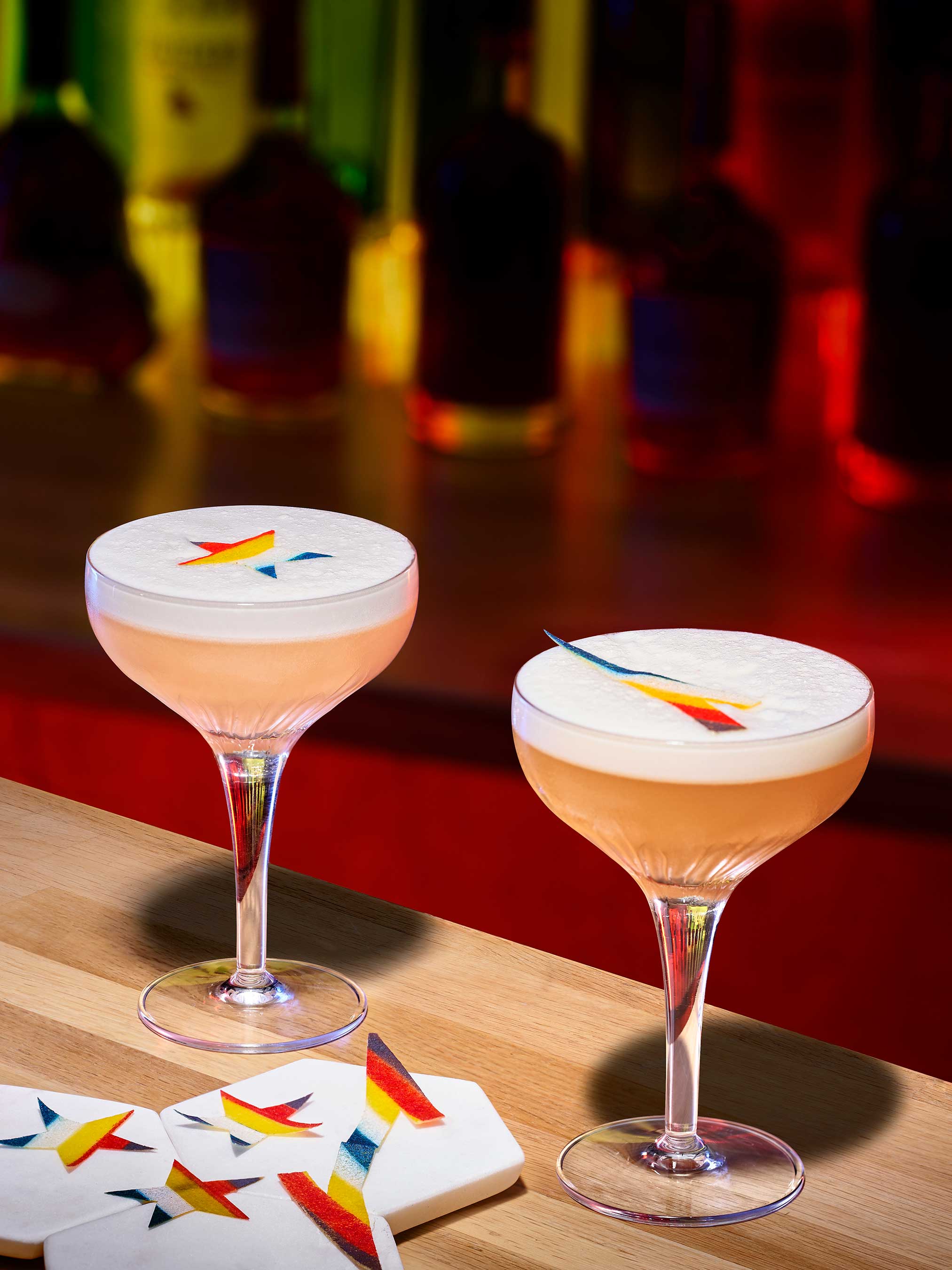 Hennessy V.S x Felipe Pantone: Drawing on the Past to Remix the Present A leading name on the contemporary art scene, Felipe Pantone has achieved star status without ever publicly revealing his face, a feat that makes him all the more iconoclastic. His unique style stands at the intersection of vintage typography, optical art and kinetics, while his visual language resonates in a collision of mesmerizing color, bold graphics and 3D illusions. Through his technique, the artist demonstrates an appreciation of both history and the transformative nature of technology.

The roots of the 2019 Hennessy V.S Limited Edition collaboration took hold during Felipe Pantone's first visit to Cognac, France, where a conversation with 8th generation Hennessy Master Blender, Renaud Fillioux de Gironde, brought home the similarities between Cognac-making and the artist's own creative process. Honoring the past with a forward-looking sensibility was a natural theme, and ultimately opened up a new dimension for Hennessy: for the first time ever, the House has commissioned two original artworks to accompany a creative collaboration that Felipe Pantone describes as "Remixing the Present."

"Whether it's in art or in Cognac-making, you need to appreciate the past but at the same time it's important to constantly reinvent yourself if you want to keep the flame alive," the artist observes. "My work is informed by the past, but it's totally contemporary. I like to transcend time through an unexpected experience that you can only have through art. I'm always trying to jump on the next wave, to innovate."

In Hennessy's archives, Felipe Pantone gleaned ideas from old labels and advertisements, antique bottles and packaging, and the three-star motif once used by Maurice Hennessy. Merging these with his own signatures, such as the lightning bolt, resulted in a dynamic piece of original artwork and an apt metaphor for Hennessy's ability to capture momentum through the centuries. The work, entitled "W-3 Dimensional Three Stars", is reprised on the Hennessy V.S Limited Edition by Felipe Pantone bottle label.

Hennessy will celebrate the collaboration with Felipe Pantone with special events in select cities around the world, including New York City on July 16, 2019 and  ComplexCon Chicago on July 20-21, 2019.

ABOUT HENNESSY V.S:Hennessy V.S has a unique style that makes it a reference in the art of blending. Hennessy V.S brings together warm-hearted and full-bodied flavors. This know-how has been passed down through generations, to the delight of connoisseurs in search of a very special moment. For this reason, among many others, it is a Cognac appreciated by tastemakers over the world.

Demanding in its creation, yet immediately satisfying in its tasting, Hennessy V.S marks its inimitable style across time. As a reflection of Hennessy's know-how, Hennessy V.S' audacious personality is the result of carefully selecting only the most expressive and distinctive eaux-de-vie. After several years of maturation in French oak casks, the eaux-de-vie are then blended with the mastery and consistency unique to Hennessy. Share Hennessy V.S to create a unique tasting moment. Savor it neat, on ice or with a mixer and reveal its character.

ABOUT HENNESSY:The leader in Cognac, Hennessy has shined around the world with its exceptional blends for more than 250 years. Built on founder Richard Hennessy's spirit of conquest, the brand is present in more than 130 countries. Based in the heart of the Charente region, Hennessy is also a steadfast pillar of the regional economy, the standard-bearer for a sector rich in expertise. The House's success and longevity are rooted in the excellence of its cognacs, each of which is born of a unique process of transmission from generation to generation.