DETROIT, Aug. 14, 2019 /PRNewswire/ -- Henry Ford Cancer Institute is first-in-the-world to enroll a patient in the GBM AGILE Trial (Adaptive Global Innovative Learning Environment) – a novel trial design and architecture made possible by an international collaboration of experts in the care of patients with glioblastoma and the design of clinical trials. Led by the trial sponsor Global Coalition for Adaptive Research (GCAR), GBM AGILE is a seamless Phase II (Efficacy and Safety) / Phase III (Confirmatory) trial aimed at identifying the most effective therapies for patients with glioblastoma, the most aggressive form of brain cancer. 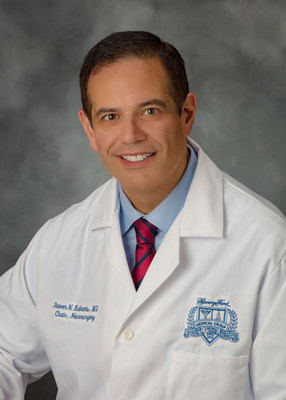 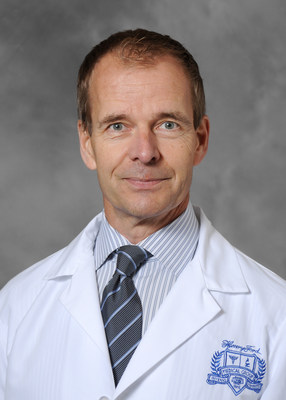 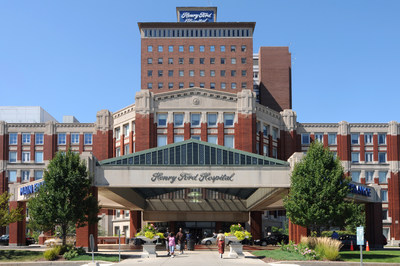 A next-generation clinical trial program and the first-ever adaptive platform trial for brain cancer, GBM AGILE is a move away from the traditional, one-size-fits-all approach to clinical trials – a major step forward for Precision Medicine.

"We are launching an era of unprecedented collaboration and advancement in glioblastoma treatment," said Steven Kalkanis, M.D., chairman of the Department of Neurosurgery at Henry Ford Health System and medical director of the Henry Ford Cancer Institute. "Current treatments have been refined – including surgery, radiation and chemotherapy – but in the era of molecular medicine, dramatic leaps in outcomes through immunotherapy or targeted therapies are yet to be fully realized. With GBM AGILE, those dramatic leaps in outcomes will be more attainable, and at a faster pace, than ever before."

Traditional clinical trials take three-to-seven years to produce results, cannot be modified once started, and study only one treatment against the standard of care. GBM AGILE is uniquely designed as a long-standing platform with the ability to test multiple therapies concurrently against a common control (or standard of care). This enables more patients on trial to get access to experimental therapies. Another innovation of GBM AGILE is adaptive randomization, which means it is continuously updated with the latest information. As information accrues, the trial defines subsets of patients more likely to benefit from therapy. Patients are more likely to receive promising therapies at a faster and less costly rate.

"Progress in the treatment of patients with malignant brain tumors has been slow," said Tom Mikkelsen, M.D. of the Henry Ford Cancer Institute and medical director of the Precision Medicine Program and Clinical Trials Office at Henry Ford Health System. "The efficiency, speed and learning of GBM AGILE is intended to allow rapid discovery of better and better treatments for patients with glioblastoma. The era of data-driven innovation has arrived, and it's being applied to the most difficult problems in cancer therapy."

GBM AGILE was first conceived in 2015 by an international group of more than 130 clinicians, researchers, biostatisticians, imagers, pathologists, patient advocates, and leaders from government and industry known as the "GBM Knowledge Network." It came together in response to a worldwide effort known as The Cancer Genome Atlas (TCGA),  which was launched in 2006 by the National Cancer Institute (NCI) and the National Human Genome Research Institute (NHGRI). The organizations led a nationally-coordinated effort to perform a 10-year, deep-dive into the molecular basis of certain kinds of cancers. One of the first types of tumors studied in the landmark precision medicine effort was glioblastoma. Henry Ford was a major TCGA contributor, nearly 25% of all the gliomas studied over the course of the initiative having been donated by Henry Ford's Hermelin Brain Tumor Center.

Former Vice President Joe Biden has been an outspoken supporter of GBM AGILE and attended the GBM AGILE launch event in November 2015. Biden's son, Beau Biden, passed away from glioblastoma in May 2015 at the age of 46. Beau had been diagnosed in 2013 and was treated with surgery, chemotherapy, and radiation. He suffered a recurrence in the spring of 2015, at which time his condition deteriorated rapidly. Biden acknowledged the potential of GBM AGILE to offer unparalleled hope for many patients who had previously waited several years to benefit from advances in brain cancer research.

Henry Ford enrolled GBM AGILE's first patient in collaboration with GCAR, an international partnership that comprises some of the world's foremost clinical, translational, and basic science investigators. Through this collaboration and open exchange of ideas, the ultimate beneficiary—the patient—is supported in the fight against rare and deadly diseases.

"This is an important milestone for GBM AGILE and all those involved in this effort, most importantly, the patients, who desperately need new treatment options. We value the dedication of Dr. Tom Mikkelsen and the team at Henry Ford Cancer Institute to make this trial available to their patients and are eager to continue to work with our other committed study sites and investigators to make this trial available to patients across the United States this year, and internationally in 2020," said Dr. Meredith Buxton, Chief Operating Officer of GCAR.

Glioblastoma is one of the deadliest diseases on the planet. When treated with surgery, radiation and chemotherapy, patients have a median life expectancy of 11-15 months. The disease most commonly affects men ages 60 or older, although it can develop at any age in both men and women. The NCI estimates that 22,850 adults were diagnosed with brain and other nervous system cancers in 2015. It also estimates that in the same year, more than 15,000 of those diagnoses resulted in death.

About Henry Ford Cancer InstituteThe Henry Ford Cancer Institute is one of the largest cancer programs in Michigan, providing care at five hospitals and six outpatient facilities, and dozens of aligned doctor's offices throughout southeast and southcentral Michigan. Treatment for the most complex or rare cancers and the Institute's extensive cancer research program is anchored by Henry Ford Hospital. For more information, visit henryford.com/cancer.

About Global Coalition for Adaptive ResearchThe Global Coalition for Adaptive Research (GCAR) is a 501(c)(3) non-profit charitable organization, comprised of some of the world's foremost physicians, clinical researchers and investigators united in expediting the discovery and development of cures for patients with rare and deadly diseases. As its first priority, GCAR is sponsoring GBM AGILE, an adaptive platform trial for patients with glioblastoma (GBM) – the deadliest and most common of malignant primary brain tumors.  It is GCAR's vision to expand and replicate what is learned using this innovative model for glioblastoma to benefit patients with other rare and deadly diseases. To learn more about GCAR, visit our website at: www.gcaresearch.org and join us by following us: @GCAResearch and www.facebook.com/GCAResearch