SHANGHAI and QINGDAO, China, March 24, 2021 /PRNewswire/ -- "The holding of EURO 2020 in June this year as scheduled will be the first large-scale sports event after the coronavirus pandemic, which will definitely cause a 'retaliatory' audience rating, with amazing explosive power". On March 24, at the Hisense Customer Conference and EURO 2020 Strategic Release Conference held in Shanghai, China, Tang Qian, Deputy General Manager of the Brand Management Department of Hisense Group, officially launched the strategic marketing theme of EURO 2020 for China: "Hi Champion".

Hi, the abbreviation of Hisense, aims to pay tribute to consumers and partners; the Champion not only explains Hisense's leading advantages and market position in major categories and industries, but also Hisense's persistence and firmness of champion quality and champion technology.

On the same day, Hisense also officially launched the new matrix of customized TV U7 for the 60th anniversary of the EURO in the world. Fisher Yu, the President of Hisense Visual Technology, has announced that the Hisense U7 series TV is to become the world's largest selling item TV in history, becoming a generation of classics and legends.

Hisense U7G-PRO is the world's first ULED XDR TV with 5 times the dynamic range of ordinary TV and a peak brightness of up to 1633 nits, representing the highest level of 4k TVs in the world. Meanwhile, the new Hisense U7 TV will be equipped with a new generation of image processing chip──the Digital Video Processing Chip U+ Super Picture Quality chip, from the scene to the target metadata processing, the performance is 100% better than the third generation.

As a tournament-grade flagship TV, the Hisense U7G Pro series supports technologies such as AI Green Field, Do Not Disturb Mode, AI Viewing, Multi-view Viewing and Picture-in-Picture Viewing to assist fans to watch the game immersively.

The U7, the champion item of the EURO 2020, is seen by the Chinese home appliance industry as a major upgrade in the comprehensive strength of hardware, picture quality chips and light control capabilities. Hisense U7G series new TV has been officially pre-ordered.

In 2021, the core of Hisense's "Integration of Brand and Sales Growth" strategy is to leverage the marketing of top international events and focus on the sales of core item products. Previously, Coca-Cola, Samsung, Sony and other top global brands have risen rapidly from "national companies" to "global companies" through sponsoring top events. 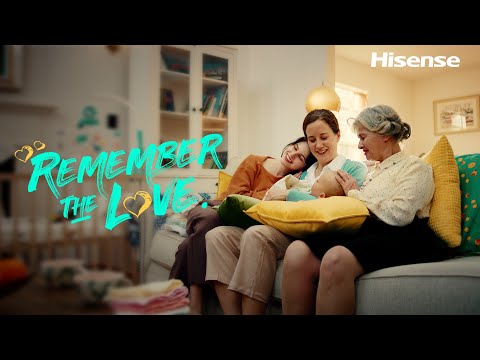