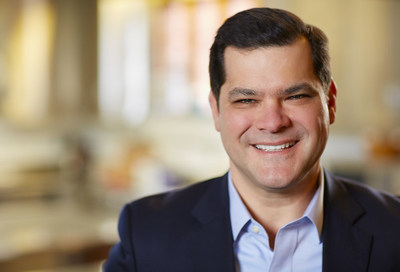 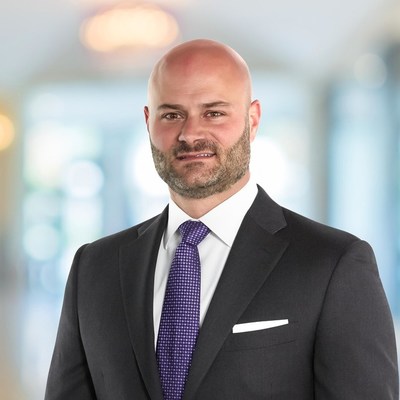 The company's Grocery Products business includes many of the company's most well-known brands such as Planters®, SKIPPY®, Justin's®, Dinty Moore®, Hormel® chili, Corn Nuts®, Herdez® and WHOLLY®, as well as its iconic SPAM® brand, among others. Frank will assume responsibility for continuing to evolve the company's portfolio to meet the changing needs of today's consumers, amplifying scale in snacking and entertaining, and growing the company's ethnic and food-forward portfolio.

"Luis has had an impressive 20-year career with Hormel Foods, leading a portfolio of iconic and emerging brands as Hormel Foods evolved into a global branded food company," said Jim Snee, chairman of the board, president and chief executive officer, Hormel Foods. "Luis was instrumental in creating an organization that remains focused on marketing and brand building. His vast experience has been incredibly valuable, notably in the role he played as the founding leader of MegaMex Foods and in the continued growth of the company's multicultural portfolio. We thank Luis for his contributions and wish him the very best as he enjoys a well-deserved retirement."

Frank will assume the Grocery Products leadership helm with strong Hormel Foods knowledge and expertise built over the last 20 years with the company. Most recently, he led the integration of the Planters® brand into the Hormel Foods portfolio, the largest acquisition in Hormel Foods history.

"Jeff is assuming the leadership of Grocery Products at an incredibly exciting time," said Snee. "Our growing portfolio of leading brands has never been stronger, especially with the acquisition of Planters®. Jeff has been an outstanding leader of some of our most dynamic brands and businesses, including accelerating the growth of our MegaMex business as its president. He has a strong background in marketing, sales, business strategy and innovation. I look forward to working with him to continue to deliver growth in Grocery Products."

He advanced in 2006 to a senior role in the Hormel Foods Grocery Products division as manager of international joint ventures. In 2009, when the MegaMex Foods joint venture was formed, Marconi was appointed managing director by the board of managers. He was named the vice president of Grocery Products marketing in 2012 and assumed his current role in 2016.

Marconi graduated from Pontifical Xaverian University in Colombia with a Bachelor of Science degree in industrial engineering and received his MBA degree from Icesi University. He is also a graduate of the University of Minnesota Carlson School of Management Executive Program in Minneapolis.

About Jeff FrankJeff Frank began his career with Hormel Foods in 1998 in San Francisco, Calif. His progression at Hormel Foods consists of senior roles in product and brand management, including being named director of retail marketing and vice president of retail marketing. He transitioned to the company's joint venture with Herdez del Fuerte S.A. de C.V (Mexico), MegaMex Foods, in 2009 as the vice president of marketing. He was named president and CEO of MegaMex Foods in 2013, successfully leading the global supply chain and driving business growth with on-trend brands such as WHOLLY® guacamole and Herdez® salsa. He was named vice president of marketing for foodservice at Hormel Foods in 2018 and assumed his current role in 2021.

Frank holds an executive certificate from UCLA's Anderson School of Management, an MBA from  University of St. Thomas and a bachelor's degree in business administration and Spanish from  University of Minnesota-Duluth. He has also completed Harvard Business School's Executive Education program.

About Hormel Foods – Inspired People. Inspired Food.™Hormel Foods Corporation, based in Austin, Minn., is a global branded food company with over $10 billion in annual revenues across 75 countries worldwide. Its brands include Planters®, SKIPPY®, SPAM®, Hormel® Natural Choice®, Applegate®, Justin's®, Columbus®, WHOLLY®, Hormel® Black Label®, Columbus® and more than 30 other beloved brands. The company is a member of the S&P 500 Index and the S&P 500 Dividend Aristocrats, was named on the "Global 2000 World's Best Employers" list by Forbes magazine for three years, is one of Fortune magazine's most admired companies, has appeared on Corporate Responsibility Magazine's "The 100 Best Corporate Citizens" list for the 12 years, and has received numerous other awards and accolades for its corporate responsibility and community service efforts. The company lives by its purpose statement — Inspired People. Inspired Food.™ — to bring some of the world's most trusted and iconic brands to tables across the globe. For more information, visit www.hormelfoods.com and https://csr.hormelfoods.com/.

Hormel Foods Donates More Than 93,000 Pounds of Ham to Convoy of...