AUSTIN, Minn., June 8, 2021 /PRNewswire/ -- Hormel Foods Corporation (NYSE: HRL), a global branded food company, announced it is donating 100,000 meals to hunger organizations around the country as it hosts its eighth virtual Concert of Hope & Thanks. The upcoming Kickoff to Summer edition will feature David Shaw, lead singer of The Revivalists, and Judith Hill, a Grammy-winning, soul-inspired vocalist from Los Angeles, Calif. It will also feature a surprise artist to close out the show.

Hormel Foods has supported its team members, customers, partners and communities with donations that have provided millions of meals since the pandemic began. The company was one of the first food companies to make an additional commitment to hunger at the beginning of the pandemic and has since donated more than $1 million and millions of meals to hunger causes. This is in addition to the more than $50 million in cash and product donations to hunger-relief organizations over the last five years. In 2020, Hormel Foods donated more than $6.4 million in cash and product to hunger relief donations.

This event will also benefit Conscious Alliance, a national nonprofit based in Boulder, Colo., that brings healthy food into underserved communities, feeding kids and families who need it most. Viewers can donate to Conscious Alliance by texting "Hormel" to 243-725. A $40 donation provides a bag of groceries to someone in need.

The Kickoff to Summer concert is the latest in a series of virtual concerts and events designed to help bring the company's global team of 20,000 together during the pandemic. Since March 2020, Hormel Foods has held seven virtual concerts with inspiring artists – intended to thank Hormel Foods team members for their continued efforts to provide food to the world during the COVID-19 pandemic. This concert is extra special as it will also serve as a welcome to the company's newest team members from the Planters® brand, which the company acquired on Monday.

The livestreamed concert will take place on the Hormel Foods YouTube channel Tuesday, June 8, at 7 p.m. Central Time. Hormel Foods invites all of its team members, customers, partners and fans to enjoy this festive night of music and celebration. As an added bonus for grilling and BBQ enthusiasts everywhere, there will be a pre-concert event starting at 6:30 p.m. Central Time, hosted by Darren Rovell, senior executive producer at The Action Network and former ESPN contributor. The event will have BBQ tips, mixology and delicious summer recipes from accomplished chef and cookbook author Kenneth Temple, Matt Abdoo, the chef and partner of Pig Beach BBQ, Mia Mastroianni, a founding bartender of Soho House West Hollywood, chef Rosie Batista and an appearance from Akie Bermiss, keyboardist with the multi-genre band Lake Street Dive and unabashed SKIPPY® brand fan. Both the pre-concert event and the Kickoff to Summer concert can be viewed at https://youtu.be/AWYXKYy9Co0.

Shaw is the lead singer for The Revivalists, a New Orleans-bred band that revives the soulful sounds of the city and continues to reinvent those sounds year after year with its genre-spanning musical talent. Dubbed one of the 10 artists you need to know by Rolling Stone magazine, the band has had No. 1 songs on Billboard's adult alternative and alternative radio charts, including "Wish I Knew You" and "Take Good Care." Over the years, The Revivalists have raised money to help various causes and established Rev Causes, a fund that supports the essential work of organizations dedicated to reviving and investing in their communities, health and our environment.

Hill has worked with Elton John, Prince, Michael Jackson and other top names in the industry. As one of the highest-profile background singers of her generation, she established a solo career with the soundtrack to Spike Lee's "Red Hook Summer." In addition to her fandom from Season 4 of "The Voice," Hill's rise to fame is recounted in "20 Feet from Stardom," a documentary film that tells the untold story of the backup singers behind some of the greatest musical legends of the 21st century.

ABOUT HORMEL FOODS — Inspired People. Inspired Food.™Hormel Foods Corporation, based in Austin, Minn., is a global branded food company with over $9 billion in annual revenue across more than 80 countries worldwide. Its brands include Planters®, SKIPPY®, SPAM®, Hormel® Natural Choice®, Applegate®, Justin's®, Wholly®, Hormel® Black Label®, Columbus® and more than 30 other beloved brands. The company is a member of the S&P 500 Index and the S&P 500 Dividend Aristocrats, was named on the "Global 2000 World's Best Employers" list by Forbes magazine for three years, is one of Fortune magazine's most admired companies, has appeared on Corporate Responsibility Magazine's "The 100 Best Corporate Citizens" list for 12 years, and has received numerous other awards and accolades for its corporate responsibility and community service efforts. The company lives by its purpose statement — Inspired People. Inspired Food.™ — to bring some of the world's most trusted and iconic brands to tables across the globe. For more information, visit www.hormelfoods.com and http://csr.hormelfoods.com/. 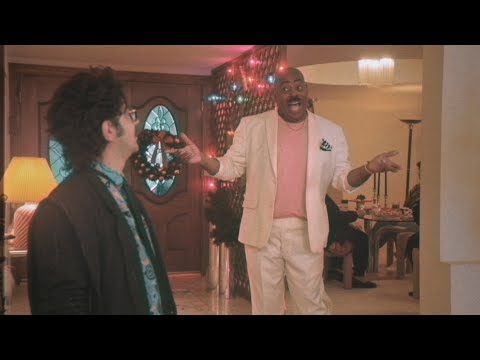 MR. PEANUT® And Reginald VelJohnson Bring Nutstalgia Back To The...