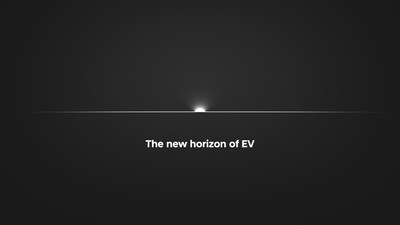 The 30-second video, titled 'The New Horizon of EV,' takes inspiration from the all-new IONIQ 5's yet-to-be-revealed design details, showing pixels and dots converging in a white space representative of a new era of EV.

The teaser aims to build anticipation and spark curiosity about IONIQ 5 by emphasizing three 'extras' to be offered by the all-new model. 'Extra Power for Life' calls attention to IONIQ 5's vehicle-to-load (V2L) bi-directional charging capability. 'Extra Time for You' highlights its fast-charging capability. 'Extraordinary Experiences' hints at the BEV's soon-to-be-announced array of features.

The video's release follows Hyundai's announcement, made in August 2020, that it will launch a dedicated BEV lineup brand IONIQ in its bid to become one of the world's top EV manufacturers. Under IONIQ, Hyundai will launch a range of EVs, including IONIQ 5, a midsize CUV in early 2021; IONIQ 6, a sedan; followed by IONIQ 7, a large SUV.

More information about Hyundai Motor can be found at: http://worldwide.hyundai.com or http://globalpr.hyundai.com

Hyundai Motor Group Increases US Investment as the Group Targets...

Hyundai Motor Group to Strengthen US Investment as the Group...