InnovizAPP is based on Innoviz's advanced Perception Software, which leverages the rich data derived from Innoviz's LiDAR sensors, coupled with proprietary AI algorithms, to analyze the point cloud and estimate an object's speed with high precision. The software can accurately detect and classify objects in any 3D driving scene up to 250 meters away, including cars, trucks, motorcycles, pedestrians, and more. It also executes perception algorithms in real time, detecting and classifying pixels as collision relevant or non-collision relevant.

The InnovizAPP hardware provides an automotive-grade reference design based on low-cost automotive-grade components. It connects to existing vehicle systems and enables real-time perception in a simple plug-and-play manner, allowing automakers to test and learn how to build their own autonomous driving systems.

"InnovizAPP is a true technology breakthrough, offering an adaptable automotive-grade chip and platform that can be incorporated into existing vehicles," said Omer Keilaf, CEO and Co-Founder of Innoviz. "We developed it in response to requests from major automakers, and our customers in Asia, Europe, and North America are already optimizing their AV programs with this platform, which is rapidly becoming the gold standard for customer validation."

Both the perception software and Innoviz's solid-state LiDAR sensor, InnovizOne, are designed and developed to conform with the automotive industry's highest standards and are being adopted by key industry leaders, including BMW.

This news follows Innoviz's announcement on December 11, 2020, that it entered into a definitive agreement with Collective Growth Corporation (NASDAQ: CGRO), which would result in Innoviz becoming a publicly listed company. The combined Company will retain the Innoviz Technologies, Ltd. name, and its ordinary shares are expected to be listed on NASDAQ under the ticker symbol "INVZ".

About Innoviz TechnologiesInnoviz is a leading provider of technology that will put autonomous vehicles on roads, ultimately changing the world and making life better. Innoviz is the only company with LiDAR technology that can "see" better than a human driver, while also meeting the automotive industry's strict requirements for performance, safety, and price. Selected by BMW for its fully electric iX autonomous car program, Innoviz's technology will be the first to be deployed in consumer vehicles. Innoviz is backed by top-tier strategic partners and investors, including SoftBank Ventures Asia, Samsung, Magna International, Aptiv, Magma Venture Partners, and others. For more information, visit www.innoviz.tech

This communication is not intended to be all-inclusive or to contain all the information that a person may desire in considering in an investment in Innoviz or Collective Growth and is not intended to form the basis of an investment decision in either company. All subsequent written and oral forward-looking statements concerning Innoviz and Collective Growth, the proposed transactions or other matters and attributable to Innoviz and Collective Growth or any person acting on their behalf are expressly qualified in their entirety by the cautionary statements above.

Additional Information and Where to Find ItThis communication is being made in respect of the proposed merger transaction involving Collective Growth and Innoviz. Innoviz filed the Registration Statement with the SEC, which includes Collective Growth's Proxy Statement, and certain related documents, to be used at the meeting of Collective Growth stockholders to approve the proposed business combination and related matters. INVESTORS AND SECURITY HOLDERS OF COLLECTIVE GROWTH ARE URGED TO READ THE PROXY STATEMENT, AND ANY AMENDMENTS THERETO AND OTHER RELEVANT DOCUMENTS THAT WILL BE FILED WITH THE SEC, CAREFULLY AND IN THEIR ENTIRETY WHEN THEY BECOME AVAILABLE BECAUSE THEY WILL CONTAIN IMPORTANT INFORMATION ABOUT INNOVIZ, COLLECTIVE GROWTH AND THE BUSINESS COMBINATION. The Proxy Statement has been mailed to stockholders of Collective Growth as of March 4, 2021. Investors and security holders will also be able to obtain copies of the Registration Statement and other documents containing important information about each of the companies once such documents are filed with the SEC, without charge, at the SEC's web site at www.sec.gov. In addition, the documents filed by Collective Growth may be obtained free of charge from Collective Growth's website at www.collectivegrowthcorp.com or by written request to Collective Growth at Collective Growth Corporation, 1805 West Avenue, Austin, TX 78701 and the documents filed by Innoviz may be obtained free of charge from Innoviz's website at www.innoviz.tech or by written request to Innoviz at Innoviz Technologies Ltd., 2 Amal Street, Rosh HaAin, 4809202, Israel. 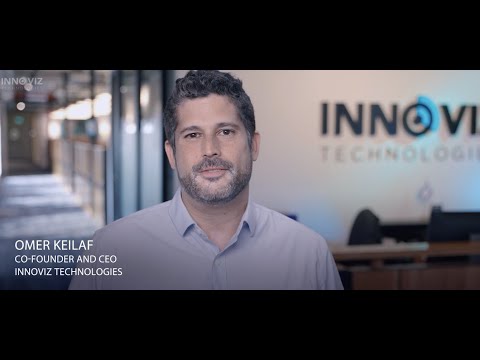