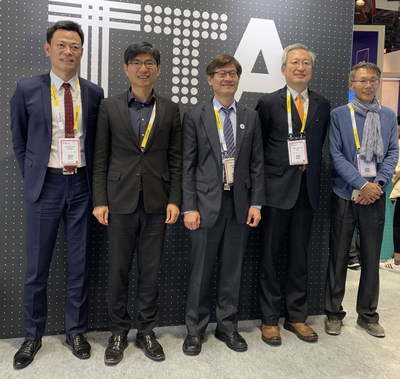 VivaTech is one of the largest tech exhibitions in the world. This year, the expo attracted 9000 exhibitors from 125 countries, and over 1900 investors. The Taiwan Tech Arena (TTA) startup hub, started by Taiwan's Ministry of Science and Technology, led ten Taiwan teams from TTA resident accelerators, Taiwan Startup Institute, and National Chiao Tung University accelerator -- IAPS, to the exhibition. Of these teams, the wireless positioning solution from startup, iTech, received an order of 5 million USD from France autonomous parcel delivery company, TwinsHeel, on the first day of the exhibition.

Taiwan's Technology to be Key Component of the Global Startup Ecosystem

The Taiwan's Ministry of Science and Technology Deputy Minister, Yu-Chin Hsu, mentioned at the opening ceremony, "The Taiwanese and French governments have a shared vision where startup technology merged with large enterprise collaboration can increase the country's economy and opportunities. Thus, the Ministry of Science and Technology launched Taiwan Tech Arena (TTA) last year, focusing on artificial intelligence, software and semi-conductor, which allows Taiwanese research to commercialize, and collaborate with Taiwan Technology Park, venture capitalists, and accelerators, to build an ecosystem with international talents and Taiwanese corporates. TTA has fostered more than 100 entrepreneurs with half of the teams from international backgrounds. In international exhibitions such as CES and VivaTech, TTA and the Taiwan startup ecosystem announced to the world that Taiwan is going global to expand opportunities in several industries, and to enhance Taiwan's value in the startup ecosystem."

Dr. Chih-Chung Wu, Taiwan Representative at the Taipei Representative Office in France, added that, "France is one of Taiwan's strongest partners in the technology industry. Taiwan's Ministry of Science and Technology has always had close collaborations with France's Ministry for the Digital Sector. Taiwan procured 14 airbuses A350 two years ago, 17, last year, and a further 29 just last month. I believe the startup collaboration will be beneficial in building an international startup ecosystem."

The Voice of Taiwan for Taiwan Technology in the Global Ecosystem