NEW YORK, Dec. 6, 2019 /PRNewswire/ -- GENYOUth, a leading youth health and wellness nonprofit dedicated to creating healthier school communities, held its  annual fundraising Galabration on Wednesday December 4th at the American Museum of Natural History. This year's theme "Rise By Lifting Others!", embraced the importance and value of mentoring, inspiring, challenging and investing in youth to help them achieve their personal best. Steven Williams, CEO of PepsiCo Foods North America helped present the organization's prestigious Vanguard Award to Kevin Warren, Commissioner-Elect of the Big Ten Conference and former Chief Operations Officer for The Minnesota Vikings. In passing the torch to Mr. Warren, Steven Williams of PepsiCo, the 2018 award recipient, said, "Remember, it all goes back to the fact that healthy and educated children not only perform better in school, but they are our future employees, leaders, and yes, consumers. Let's continue to give them the future they deserve." 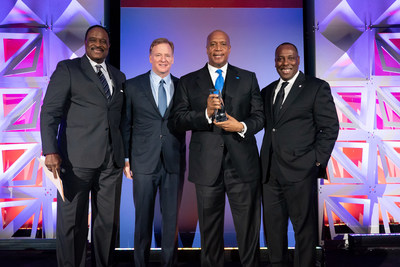 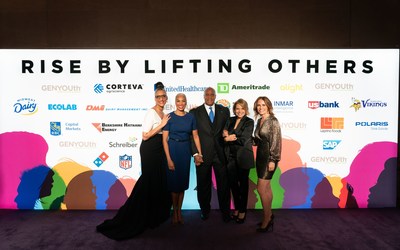 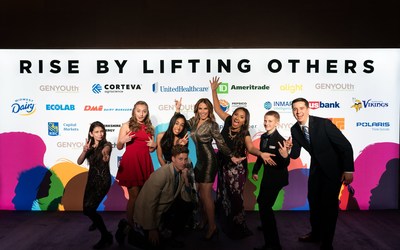 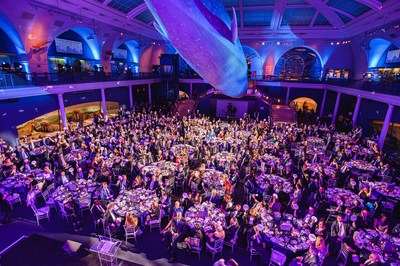 In accepting his recognition, Mr. Warren said, "GENYOUth represents so many of the attributes that I have followed in life, especially because I believe that we can all 'Rise by Lifting Others' through how we mentor and serve others within our schools and communities."

"Each year our Gala highlights and celebrates the strides GENYOUth has made in supporting the development of healthy, high-achieving students," said Alexis Glick, GENYOUth CEO. "I am so proud to say that through the support of our corporate and foundation partners, along with our Gala guests, we raised nearly $2 million – contributions that not only make our programs possible but most importantly address the critical needs of today's youth to be healthy, physically active and prepared to be vital members of America's workforce."

New to GENYOUth's Gala program this year were the Genny Awards, which honor those individuals who every day, embody the leadership role that GENYOUth serves in our school communities by helping more students "Rise By Lifting Others."

This year's GENNY award recipients are:

GENYOUth's Galabration was generously supported by leaders and businesses from various fields including agriculture, food, fitness, technology, media, and sports, who encourage and invest in students to become the stewards of their own healthy-high-achieving futures. The evening was made possible through the generous commitment of corporate partners Corteva Agriscience, UnitedHealthcare, Alight Solutions and TDAmeritrade.

About GENYOUthGENYOUth is a 501c3 nonprofit organization that empowers students to create a healthier future for themselves and their peers by convening a network of private and public partners to raise funds for youth wellness initiatives that create healthier school communities. We believe that all students are change-agents who deserve the opportunity to identify and lead innovative solutions that positively impact nutrition, physical activity, and student success. GENYOUth's flagship program, Fuel Up to Play 60, enrolls over 73,000 U.S. schools, reaching over 38 million students in nearly 10 years of operation. For more information about GENYOUth, visit www.genyouthnow.org.