"Leigh has dedicated her career to customer-focused, transformative work. She recognizes the need to seamlessly integrate technology into everything we do to create a flawless, personal experience," said Joth Ricci, President and CEO of Dutch Bros. "We're excited about the expertise she brings to this role and look forward to her guidance in connecting with our customers in new ways."

"My passion has always been enabling businesses with effective technology to power compelling customer experiences," said Gower. "Dutch Bros is a disruptive brand defining its own path, and passionate about speed, quality and service as core values. I look forward to working with an incredible team and approaching new ways of reaching our customers with a culture of curiosity and collaboration."

About Dutch BrosDutch Bros Coffee is a drive-thru coffee company dedicated to making a massive difference one cup at a time. Headquartered in Grants Pass, Oregon, where it was founded in 1992 by Dane and Travis Boersma, it's now sharing the "Dutch Luv" with more than 500 locations in 12 states. Dutch Bros serves specialty coffee, smoothies, freezes, teas, its exclusive Dutch Bros Blue Rebel energy drink and nitrogen-infused cold brew coffee. Its rich, proprietary coffee blend is handcrafted from start to finish.

In addition to its mission of speed, quality and service, Dutch Bros is committed to giving back to the communities it serves. Through its Dutch Bros Foundation and local franchisees, the company donates several million dollars to causes across the country each year. 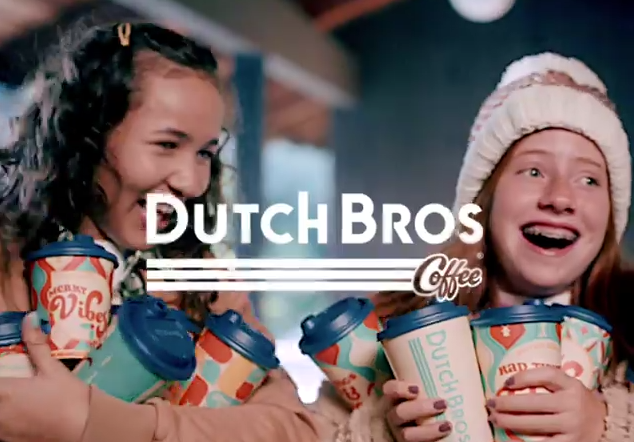 There's no place like Dutch Bros for the holidays!...

Dutch Bros and its customers raise more than $695K for local youth...