BETHESDA, Md., April 23, 2018 /PRNewswire/ -- More than 1,500 high school students visited Lockheed Martin (NYSE: LMT) facilities across the globe on April 21 to compete in a Code Quest competition meant to test their computer programming skills and give them a glimpse of how their passion for coding could translate into a career. 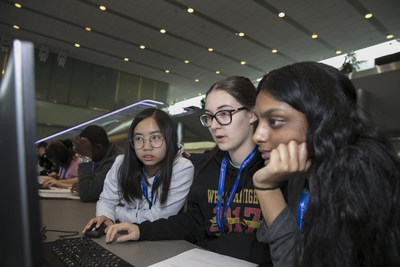 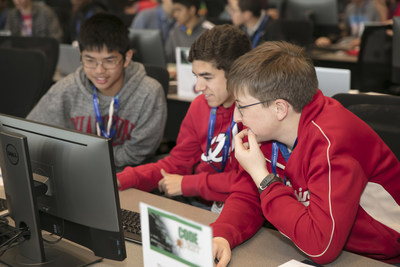 "Today's high school students will be among the first humans to set foot on Mars," said Anne Mullins, Lockheed Martin chief information officer. "From launching spacecraft to put astronauts on other planets, to programming robots to assist in dangerous explorations, coding will play an integral role in exploring the next frontier."

Lockheed Martin developed Code Quest to challenge and inspire students as part of its focus on science, technology, engineering and math (STEM) outreach. Students worked in small teams through a set of coding challenges developed by Lockheed Martin information technology professionals, who also assisted students during the event.

The company currently employs 49,000 engineers, scientists and information technology professionals. It plans to hire tens of thousands of people in STEM-related fields in the next five years. To support this, Lockheed Martin has invested $70 million over the last five years in STEM programs intended to help create the next generation of engineers and scientists who will help solve tomorrow's challenges.