COLUMBUS, Ohio, June 22, 2021 /PRNewswire/ -- Nationwide Chief Financial Officer Mark Thresher has announced his plans to retire in September following 25 years of distinguished service. Thresher has served in that role since 2009. In addition to overseeing the Fortune 100 company's financial operations, Thresher also leads Nationwide's investment operations and oversees Nationwide Realty Investors. He also recently announced his retirement as chairman of the Otterbein University board of trustees after 21 years of board service, eight as chairman. 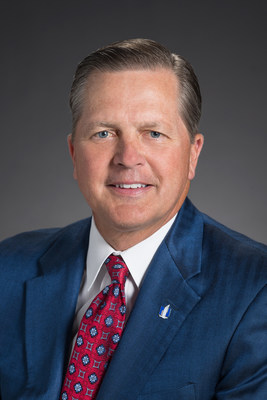 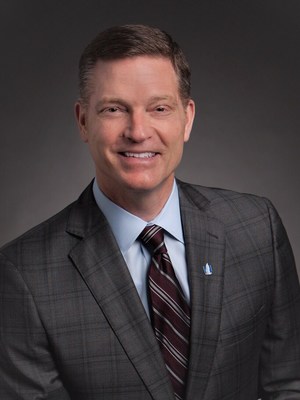 "Mark leaves an incredible legacy of strategic and people-centered leadership at Nationwide," said Nationwide CEO Kirt Walker. "His focus on growth and profitability, along with being a champion for professional development, diversity and inclusion, and community service, has impacted associates and community members alike throughout his 40-plus years in the industry."

Throughout his tenure as CFO, Thresher has emphasized building and maintaining Nationwide's capital strength, with the company consistently earning A+ ratings from A.M. Best and Standard & Poor's. This, in turn, has enabled the company to maintain its obligations while also making key acquisitions to expand Nationwide's portfolio and capabilities. Key acquisitions included the 2012 merger with Harleysville Mutual Insurance company expanding Nationwide's geographic reach and distribution among independent agents, as well as the acquisition of Jefferson National in 2016, expanding the company's distribution capabilities with registered investment advisors.

An advocate for community and industry service, along with serving on the Otterbein board, Thresher is a member of the Federal Advisory Committee on Insurance and has served as chair of COSI Columbus. He also has served on the advisory board for ODW Logistics, Inc. Thresher was inducted into the Ohio Foundation of Independent Colleges Hall of Excellence in April 2017.

Tim Frommeyer will succeed Thresher as Nationwide's Chief Financial Officer and will be a part of the Nationwide executive leadership team. Frommeyer began his career with Nationwide in 1986 as an actuarial student and advanced through positions of increasing responsibility, including chief actuary for financial services, chief financial officer for that organization, and most recently as chief financial officer for both financial services and property & casualty under Thresher.

"Nationwide has tremendous talent and bench strength that contribute to our strong succession planning efforts," said Walker. "This thorough planning will enable a smooth transition for our businesses and associates."

Nationwide, a Fortune 100 company based in Columbus, Ohio, is one of the largest and strongest diversified insurance and financial services organizations in the United States. Nationwide is rated A+ by both A.M. Best and Standard & Poor's. An industry leader in driving customer-focused innovation, Nationwide provides a full range of insurance and financial services products including auto, business, homeowners, farm and life insurance; public and private sector retirement plans, annuities and mutual funds; excess & surplus, specialty and surety; pet, motorcycle and boat insurance. For more information, visit www.nationwide.com. Follow us on Facebook and Twitter.

Nationwide, Nationwide is on your side and the Nationwide N and Eagle are service marks of Nationwide Mutual Insurance Company. © 2021

Agents looking for help to up their digital game in a...