In the news release, Louis XIII Cognac and The Film Foundation Premiere the Restored 1919 Classic THE BROKEN BUTTERFLY in Los Angeles at The Egyptian Theatre on December 13, issued 14-Dec-2019 by LOUIS XIII over PR Newswire, we are advised by the company that additional photos have been included. The corrected release with the new photos follows: 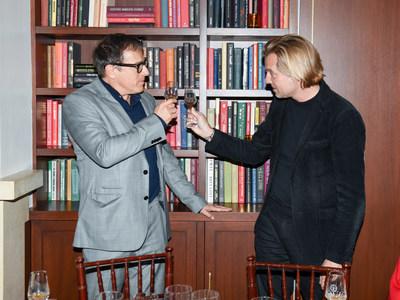 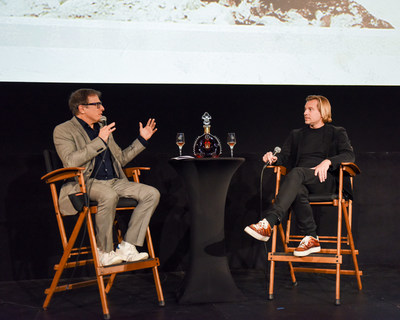 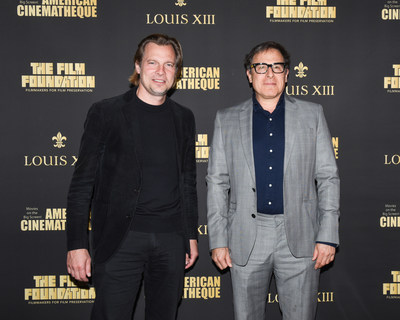 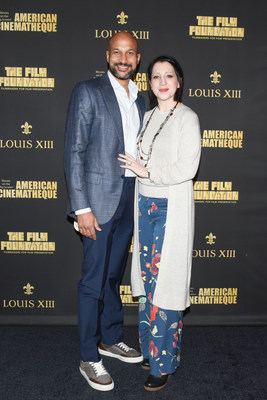 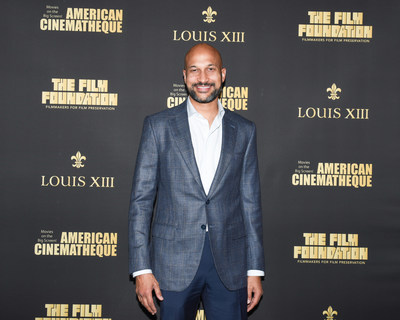 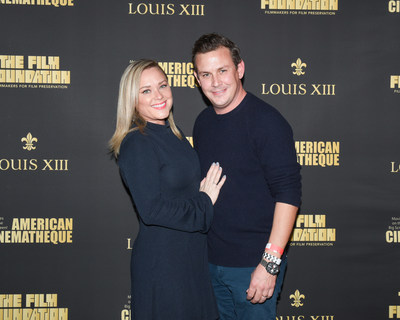 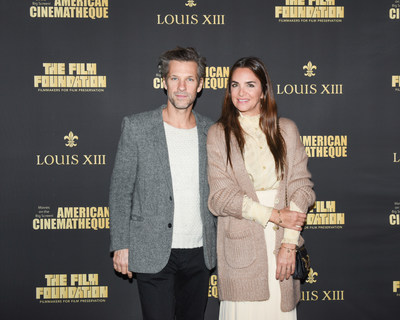 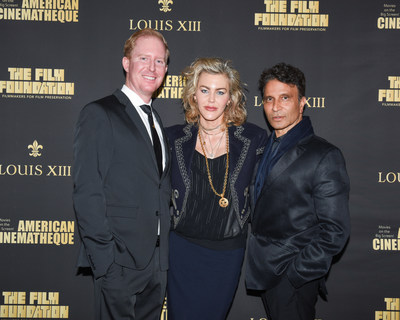 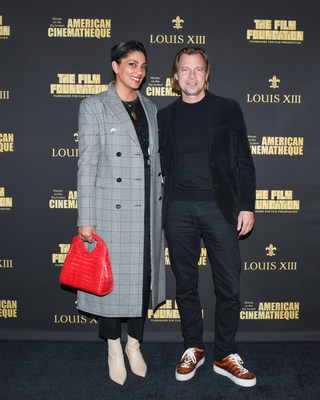 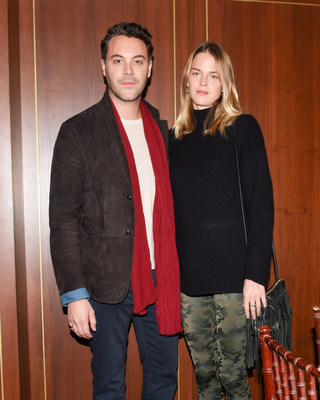 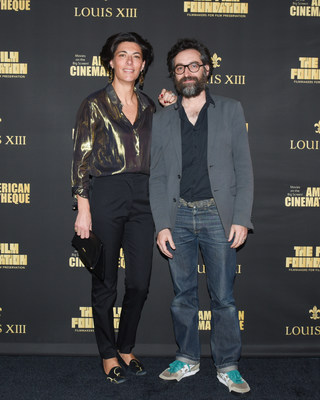 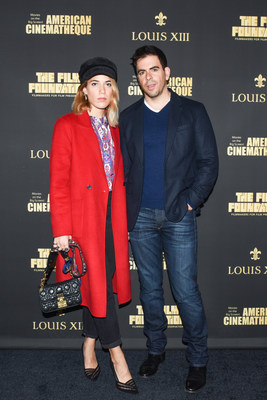 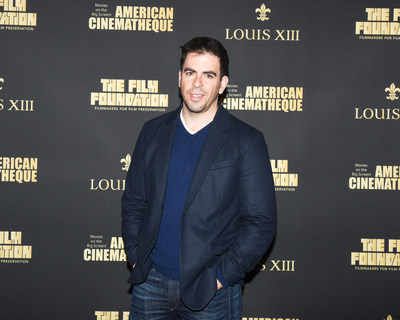 "To see a pristine print of this beautiful 1919 film is to make history alive with vitality by traveling through time to see it for ourselves – this is only one of the reasons it is a treasure to preserve and restore these remarkable cinematic artifacts," David O. Russell, filmmaker.

"I'm grateful for The Film Foundation's partnership with LOUIS XIII. For many years, they have provided generous support for the foundation's preservation, exhibition, and education programs. LOUIS XIII is passionate about its own legacy, and it's gratifying to know they are equally committed to protecting the world's cinematic heritage and sharing these great works of art with audiences for decades to come," said Martin Scorsese, Founder & Chair of The Film Foundation.

"Thanks to The Film Foundation and Martin Scorsese, THE BROKEN BUTTERFLY can be experienced once again one century later. Restoring this piece of memory is for us, at LOUIS XIII, a real pleasure and honour. Time is our raw material," said Ludovic du Plessis, Global Executive Director of LOUIS XIII.

In continuance of "100 Years," a series of artistic projects curated by LOUIS XIII, THE BROKEN BUTTERFLY was originally completed in 1919 to be rediscovered 100 years later, thanks to a meticulous restoration by Scorsese's The Film Foundation, supported by LOUIS XIII. A hauntingly beautiful film by director Maurice Tourneur, THE BROKEN BUTTERFLY tells the eternal story of love lost and found; of emotions and memories that shape a lifetime. The Los Angeles screening is the third in a series of events by LOUIS XIII and TFF to showcase the artistic project.

The movie THE BROKEN BUTTERFLY is available as of December 14th, 2019 on The Film Foundation website: www.film-foundation.org

Photography provided by Owen Kolasinski / BFA on behalf of Louis XIII and is available here.

THE UNIQUE STYLE OF A SILENT ARTISTMaurice Tourneur (1876-1961) began his film career in France in 1912. Over two years, he made numerous films about fiery young spirits, often orphans, seeking shelter and love. In 1914, he moved to New Jersey, and then Hollywood, and spent the next 14 years directing more than 50 silent films. Renowned in America for his mastery of lighting, design, and atmosphere, his unique sense of stylization helped to shape the industry. Maurice Tourneur worked in many genres, but a recurring theme ran throughout his opus: the universal story of women and the ingenuity they often have to use to find happiness - a theme that continues to resonate today.

ABOUT THE FILM: THE BROKEN BUTTERFLYBased on the novel Marcene by Penelope Knapp, THE BROKEN BUTTERFLY is about a young woman, Marcene Elliot, who one day while wandering through the woods, meets Darrell Thorne, a visiting composer looking for inspiration to write a symphony. Darrell finds his muse in Marcene and the two soon fall in love. Darrell writes a symphony named for Marcene and asks her to accompany him to New York for its premiere, but she refuses, fearing the reaction of her Aunt Zabie. After Marcene gives birth to a daughter, her aunt's anger and her own fears drive her to attempt suicide. Darrell returns to hear from a repentant Aunt Zabie that Marcene is dead. He travels to relieve his suffering and meets Marcene's sister on the Riviera where she is conducting his symphony. They marry and return to Marcene's home to discover Marcene still alive but dying of a broken heart. Darrell's love revived; he proposes to Marcene after his wife releases him. Marcene dies happy and Darrell and her sister resume their marriage, now with Marcene's child.

Restored in 2019 by The Film Foundation at L'Immagine Ritrovata Laboratory in association with La Fondation Jérôme Seydoux-Pathé. As a tribute to its longstanding relationship with time and dedication to preserving craftsmanship, LOUIS XIII COGNAC has partnered to restore this rarely seen movie to be rediscovered 100 years after. Restored from the 35mm nitrate duplicate negative from La Fondation Jérôme Seydoux-Pathé. 4K scanning, colour grading, digital image restoration and film recording by L'Immagine Ritrovata, Bologna, Italy.

ABOUT LOUIS XIII COGNACThink a century ahead. Each decanter is the life achievement of generations of cellar masters. Since its origins in 1874, each generation of cellar master selects from our cellars the most precious eaux-de-vie for LOUIS XIII. Today, Cellar Master Baptiste Loiseau is setting aside our finest eaux-de-vie as a legacy to his successors for the coming century. LOUIS XIII is an exquisite blend of up to 1,200 eaux-de-vie sourced from Grande Champagne, the first cru of the Cognac region. The legendary decanters have been made of fine crystal for generations, mouth-blown by some of the most skilled master craftsmen. LOUIS XIII features exceptional aromas evoking myrrh, honey, dried roses, plum, honeysuckle, cigar box, leather, figs and passion fruit.

ABOUT THE FILM FOUNDATIONCreated in 1990 by Martin Scorsese, The Film Foundation is dedicated to protecting and preserving motion picture history. By working in partnership with archives and studios, the foundation has helped to restore over 850 films, presenting them at festivals, museums, and theatres around the world. To date, TFF's World Cinema Project has enabled the restoration of 40 films from 24 countries, representing the rich diversity of global cinema. The foundation is also teaching young people about film through The Story of Movies, an innovative curriculum used by over 100,000 educators across the U.S. Joining Scorsese on the board of directors are Woody Allen, Paul Thomas Anderson, Wes Anderson, Francis Ford Coppola, Clint Eastwood, Peter Jackson, Ang Lee, George Lucas, Christopher Nolan, Alexander Payne, Robert Redford, and Steven Spielberg. The Film Foundation is aligned with the Directors Guild of America.