LOS ANGELES, April 12, 2021 /PRNewswire/ -- MeWe®, the ad-free social network with data privacy and no newsfeed manipulation, today announces that Jeffrey Edell has been appointed the company's new CEO and joins its Board of Directors. Edell succeeds MeWe founder Mark Weinstein whose new role is Chief Evangelist. 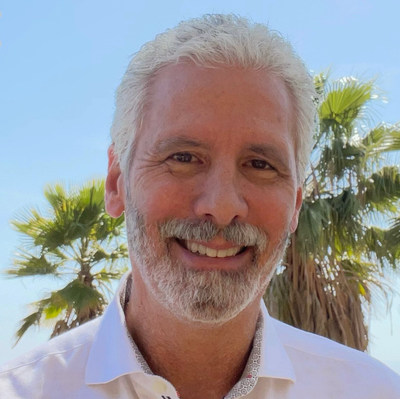 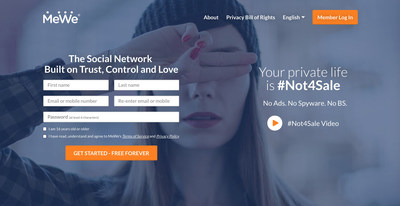 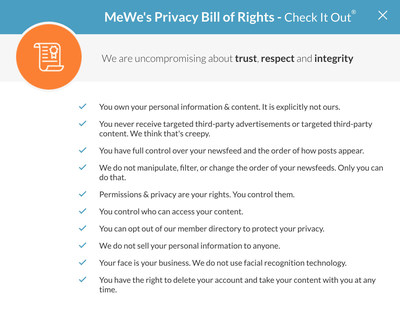 People worldwide are joining MeWe because members are customers to delight and not data to sell, target, or manipulate.

An experienced private and public company leader in the tech and entertainment industries, Edell has previously held Chairman, CEO and other C-level roles at Intermix Media (NASDAQ), the parent of MySpace; Soundelux Entertainment Group/Liberty Media; Cinedigm (NASDAQ); and DIC Entertainment. He has a deep and long production/Hollywood background, perfectly suited for MeWe's next stages of growth. Edell is a member of the Academy of Motion Picture Arts & Sciences (Oscars), the Academy of Television Arts & Sciences (Emmys), and the Producers Guild of America (PGA). He is also a CPA from KPMG.

"People worldwide are migrating from Facebook, Instagram, and other major platforms to MeWe because it is the social network that respects its members as customers to serve and delight, not data to share, target, or manipulate. MeWe has achieved remarkable growth with zero paid marketing or member acquisition costs. I am thrilled to lead the company as we position for rapid growth by expanding our marketing efforts and product offerings, bringing on the world's most compelling content creators, and growing our team to welcome millions of new members in the months ahead," says Edell.

Authentic Timeline Sharing – No Newsfeed ManipulationMeWe is for authentic, real-life sharing with friends, family, and common interests via timeline-ordered personal newsfeeds, private and open groups, as well as in pages following celebrities, artists, and influencers, all without ads, algorithms, or amplified content interfering. MeWe members join and create communities based on their interests, such as music, hiking, cooking, sports, gaming, entertainment, and more, and these niche-based communities inspire uplifting social interaction and positive connections. MeWe members enjoy full control of their newsfeeds and are empowered to decide what kind of content they want to see and interact with, instead of having algorithms decide what content they see.

Artists, musicians, athletes, content creators and celebrities/influencers are attracted to MeWe pages because they reach 100% of their MeWe followers, compared to Facebook/Instagram where content creators reach 5% or less of their followers due to reach-stifling algorithms.

Rapid Membership Growth and Revenue GrowthMeWe's membership grew by 36% in Q1 2021 and by an average of 173% per year for the last three years. 50% of MeWe's traffic is outside of North America. MeWe is translated into 20 languages and was recently the #1 downloaded social app in Hong Kong for nearly 3 months. MeWe's revenue grew 800% in 2020, and in Q1 2021 MeWe has already doubled its 2020 revenue.

Advisory Board – Privacy Bill of Rights – Terms of ServiceThe company's Advisory Board includes Sir Tim Berners-Lee, inventor of the Web. MeWe's groundbreaking "Privacy Bill of Rights" guarantees members have total control of their data, newsfeeds, and privacy. The company encourages civil discourse of different ideas and safeguards its members with a strong Terms of Service designed to keep bad actors out.

Members can upgrade to MeWe Premium and get a bundle of enhanced features such as video journals for stories; live voice/live video calling; extra cloud storage; unlimited custom themes; and unlimited custom emoji packs and sticker packs for $4.99/month.

MeWe is the new mainstream social network with data privacy and cutting-edge features. No Ads, No Targeting, No Newsfeed Manipulation, No BS. MeWe is social done right! #LetsMeWe