NEW YORK, Nov. 12, 2020 /PRNewswire/ -- The Michael J. Fox Foundation for Parkinson's Research (MJFF) announced today it is granting $380,000 in extension funding to the California Parkinson's Disease Registry (CPDR) to be used through June 30, 2021. The investment comes after Governor Gavin Newsom signed a bill to extend the registry by one year. The CPDR was created in 2004, and funding for 2021 was nearly discontinued due to COVID-related financial priorities in the state. In alignment with its mission to accelerate Parkinson's research, MJFF has allocated gap funding to support the continuation of this critical work.

The California Parkinson's Disease Registry is responsible for conducting epidemiological assessments of the incidence and prevalence of Parkinson's disease (PD) throughout the state. By collecting health information on the estimated 116,900 individual cases of PD in California, researchers can monitor and identify connections to environmental and chemical exposures and deepen our understanding of the disease.

"This registry is a critical data collection effort that could transform Parkinson's care and treatment," said Todd Sherer, PhD, MJFF CEO. "We are glad that we can fill this gap in research funding, and we will continue to work with legislators to build and support programs and policies that serve people and families with Parkinson's."

Across the United States, little information is available about the patterns and trends of incidence and prevalence across populations diverse in race and ethnicity, socioeconomic status and history of exposure to occupational and environmental toxins. Due to its rich demographic diversity and large population size, California provides an ideal environment to conduct this program and model by which to create data collection systems in other states.

The U.S. Centers for Disease Control and Prevention's National Neurological Conditions Surveillance System pieces together various national and state data sets. Not only will the data from California be integral to the success of their endeavor, it also will make the federal system far more robust.

"The Governor's ongoing support of the registry is greatly appreciated, and our financial commitment to help keep it going signals how important the CPDR is to the research community," said Ted Thompson, JD, MJFF senior vice president of public policy.

"With advances in science happening more rapidly than ever before, we need all possible hands on deck when it comes to Parkinson's research," said Michael Sweet of Lakewood, California. "As someone who lives with Parkinson's disease, I call on Governor Newsom to extend funding for the Registry and provide recurring funding in the state budget every year," he added. "California has the highest number of people with Parkinson's in the United States, and we are counting on him to do the right thing for Californians and the rest of the country."

The Michael J. Fox Foundation has, since its founding in 2000, invested more than $147 million in Parkinson's research in California. MJFF also spearheads the UCLA-California PD Registry-EHR (UCE-PD) Demonstration Project that strives to set a framework of standards, clinical decision support, patient engagement, and electronic health record tools that will improve the accuracy, validity, and completeness of the CPDR within natural clinical workflows.

About The Michael J. Fox Foundation for Parkinson's ResearchAs the world's largest nonprofit funder of Parkinson's research, The Michael J. Fox Foundation is dedicated to accelerating a cure for Parkinson's disease and improved therapies for those living with the condition today. The Foundation pursues its goals through an aggressively funded, highly targeted research program coupled with active global engagement of scientists, Parkinson's patients, business leaders, clinical trial participants, donors and volunteers. In addition to funding $1 billion in research to date, the Foundation has fundamentally altered the trajectory of progress toward a cure. Operating at the hub of worldwide Parkinson's research, the Foundation forges groundbreaking collaborations with industry leaders, academic scientists and government research funders; increases the flow of participants into Parkinson's disease clinical trials with its online tool, Fox Trial Finder; promotes Parkinson's awareness through high-profile advocacy, events and outreach; and coordinates the grassroots involvement of thousands of Team Fox members around the world.

For more information, visit us on at https://www.michaeljfox.org. 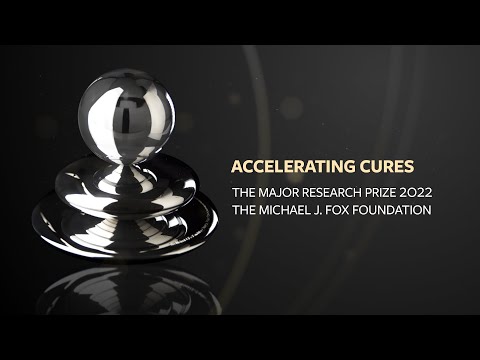