NEW YORK, Dec. 2, 2021 /PRNewswire/ -- The Michael J. Fox Foundation for Parkinson's Research (MJFF) announced a major expansion of its landmark Parkinson's Progression Markers Initiative (PPMI). The study is reopening to enroll vastly more participants, notably including online enrollment of up to 100,000 individuals with and without a Parkinson's diagnosis. First launched in 2010, PPMI is a critical component of the Foundation's relentless mission to accelerate better treatments, cures and even prevention of the disease.

Now entering its most ambitious era, the study is open to new participants through year-end 2023. These participants will share data online and through a smartphone app; some also will contribute biological samples and undergo assessments at nearly 50 clinical sites around the world. In order to accelerate frameworks for prevention of Parkinson's disease, PPMI will work to characterize Parkinson's risk by studying cohorts representative of the full continuum of disease — those not diagnosed; the newly diagnosed; and those with progressing disease.

"The large-scale expansion of PPMI promises to change our understanding of Parkinson's disease diagnosis and enable the development of new PD therapeutics," said PPMI's Principal Investigator Ken Marek, MD, scientific advisor to MJFF and president and senior scientist of the Institute for Neurodegenerative Disorders in New Haven, Connecticut. "PPMI data will provide researchers globally the tools to uncover key biological and clinical changes that occur both once PD has begun and more importantly even before symptoms arise with the ultimate goal of disease prevention."

Prevention research holds potential to deepen understanding of the relationship between Parkinson's and aging, a topic of increasing urgency given U.S. population demographics and a recent estimate published in the Journal of the American Medical Association that the number of people with Parkinson's will double by 2040, to an estimated nearly 13 million. (A major prevention study also could shed light on poorly understood protective factors that keep some people from ever developing Parkinson's disease in spite of genetic or lifestyle factors such as pesticide exposure.)

Diverse Cohorts of Volunteers Needed to Power the PPMI Study

Over its first decade, PPMI has built the most robust Parkinson's data set and biosample library in the world — and made all de-identified data available to researchers worldwide. The study's expansion builds on this strong infrastructure to exponentially grow the impact of PPMI in profiling who does and does not get Parkinson's. That information could identify predictive factors and measures to track progression, which would speed potential blockbuster therapies to stop and even prevent disease. Calling on the power of community, the collective input from a diverse cohort of volunteers could enable the development of transformational therapies, and ultimately a cure, for Parkinson's.

Anyone over age 18 in the United States can participate through the study's online platform. Some volunteers will be invited to enroll in person at a PPMI site. (Participating centers outside the United States also are recruiting high-interest groups.) The valuable data on health and disease collected online will complement the rich data and biological samples contributed at in-person visits from:

"Tapping the power of community to expand our knowledge of Parkinson's biology and the patient experience is how MJFF works to deliver practical results patients can feel in their everyday lives," said MJFF CEO and Co-Founder Deborah W. Brooks, who has participated in PPMI as a control volunteer since 2010. "By amplifying the patient voice and empowering members of the broader community to contribute to a cure, PPMI promises to fundamentally alter how scientists understand Parkinson's and conduct brain research."

Multiple measures are in place to safeguard PPMI information contributed online. All identifiable information is kept in a secure database. Every measure is taken to protect the privacy of this information, including use of the most rigorous security protocols available, regular security updates and other technological and administrative processes. The data contributed to PPMI is de-identified and shared with qualified researchers who must apply for access and sign a form agreeing to protect data privacy. Participants' information is never sold and will never be shared outside the research community. The online portion of the PPMI study is built on industry leader Evidation's research platform. Evidation worked hand in hand with MJFF to create an accessible, user-friendly, and privacy-protected participant experience.

PPMI Resource for and Product of Partnership with Scientific Community

Since launching in 2010, PPMI has sought to identify objective biological markers of Parkinson's disease onset and progression — critical tools for the development of new and better treatments to transform patients' lives. Its unparalleled data set is a cornerstone of brain disease research, shared in real time with qualified scientists around the globe who now download study data on average 2,200 times per day.

Dozens of clinical trial sponsors have leveraged PPMI to speed trial design, and studies built on PPMI data have yielded significant findings. These include the use of sophisticated brain imaging to track early disease progression and tests of protein activity in spinal fluid to diagnose disease. The biosample collection, storage and analysis methods pioneered by PPMI have been widely adopted, enabling cross-study analysis and comparison foundational for advancing understanding and treatment of Parkinson's.

The Michael J. Fox Foundation is the sponsor of PPMI (it is rare for a nonprofit to take on the role of sponsor, which more commonly is held by a government agency or biopharmaceutical company). It is made possible with financial and strategic contributions from the Aligning Science Across Parkinson's (ASAP) initiative and longtime supporters Lily Safra and the Edmond J. Safra Foundation as part of a coalition of 40 industry players, nonprofit organizations and individual funders.

PPMI's expansion comes as The Michael J. Fox Foundation recognizes 20 years of research progress and an innovative model that has generated more than $1.5 billion dollars to support global research programs.

"When the Foundation started in 2000, we set out to change the game on how Parkinson's research gets done," said Michael J. Fox. "Two decades later, I'm proud that we have continued to meet this challenge and have become more than just a research organization, but a space where patients bring their wisdom and energy. PPMI's expansion is about getting this done, curing Parkinson's, boiling down to a biomarker that we can identify early on and prevent the disease from ever impacting another family."

About The Michael J. Fox Foundation for Parkinson's Research (MJFF)

As the world's largest nonprofit funder of Parkinson's research, The Michael J. Fox Foundation is dedicated to accelerating a cure for Parkinson's disease and improved therapies for those living with the condition today. The Foundation pursues its goals through an aggressively funded, highly targeted research program coupled with active global engagement of scientists, Parkinson's patients, business leaders, clinical trial participants, donors and volunteers. In addition to funding $1.5 billion in research to date, the Foundation has fundamentally altered the trajectory of progress toward a cure. Operating at the hub of worldwide Parkinson's research, the Foundation forges groundbreaking collaborations with industry leaders, academic scientists and government research funders; creates a robust open-access data set and biosample library to speed scientific breakthroughs and treatment with its landmark clinical study, PPMI; increases the flow of participants into Parkinson's disease clinical trials with its online tool, Fox Trial Finder; promotes Parkinson's awareness through high-profile advocacy, events and outreach; and coordinates the grassroots involvement of thousands of Team Fox members around the world. For more information, visit us at www.michaeljfox.org, Facebook, Twitter, LinkedIn. 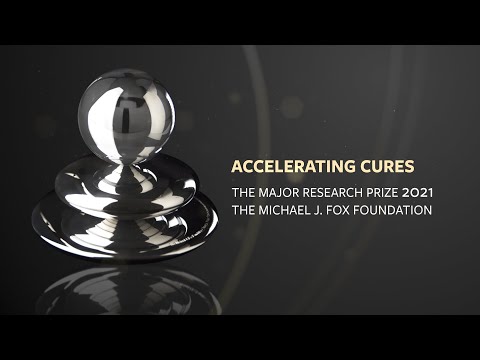