NEW YORK, Nov. 19, 2020 /PRNewswire/ -- The Michael J. Fox Foundation for Parkinson's Research (MJFF) has awarded the 2020 Robert A. Pritzker Prize for Leadership in Parkinson's Research to Caroline Tanner, MD, PhD, professor of neurology at the Weill Institute for Neurosciences, University of California, San Francisco. The Prize recognizes researchers who make exceptional contributions to Parkinson's research and are committed to mentoring the next generation of Parkinson's scientists.

"Dr. Tanner has been a champion of Parkinson's patients for the duration of her esteemed career," said MJFF CEO Todd Sherer, PhD. "Her research spans biology, biomarkers and therapies, and her notable scientific discoveries — such as around increased Parkinson's risk from exposure to commonly used pesticides — have contributed to new areas of research and prevention strategies. Many of today's brightest scientists honed their craft with her guidance."

Sherer and Connie Marras, MD, PhD — associate professor at the University of Toronto and a mentee of Tanner's — presented the prize to Tanner at the Foundation's virtual Research Roundtable event on November 17, 2020.

Tanner's varied research interests include epidemiological investigations with a focus on how environmental factors contribute to disease, and her work linked exposure to commonly used pesticides such as rotenone and paraquat with increased risk of Parkinson's disease (PD). Today there is legislation circulating in Congress that would ban paraquat from the United States agricultural system due in large part to its association with PD.

Tanner's observational research extends to the experience of Parkinson's disease. She is the principal investigator of MJFF's online clinical study Fox Insight, helping grow its base of volunteers contributing health and wellness data to nearly 50,000. Most recently, she spearheaded an initiative to learn directly from patients about the impact COVID-19 was having on symptoms and care, which resulted in nearly 9,000 responses from the Parkinson's community and provided some of the first information on the coronavirus in people with PD.

"I am honored to be the recipient of the 2020 Robert A. Pritzker Prize," said Tanner. "It is my hope that my work is contributing insight into the many complexities of Parkinson's disease, moving in the right direction toward new treatments and, ultimately, prevention of PD, and advancing opportunities for the very dedicated next generation of Parkinson's disease researchers."

About the Robert A. Pritzker Prize for Leadership in Parkinson's Research

The Robert A. Pritzker Prize for Leadership in Parkinson's Research is named in honor of the late Robert A. Pritzker, a renowned industrialist, entrepreneur and philanthropist. Pritzker was founder of The Marmon Group and president of Colson Associates, Inc., holding companies for a variety of manufacturing and medical businesses. Additionally, he was an early promoter of the field of medical engineering at his alma mater, the Illinois Institute of Technology (IIT) in Chicago, where he also played a key role in expanding the biomedical research community through his support of The Pritzker Institute for Biomedical Science and Engineering at IIT.

The MJFF Scientific Advisory Board serves as the jury panel. Selection criteria include the nominee's complete body of work in the PD field with an emphasis on its impact on accelerating drug development; field-wide impact of the nominee's work; dedication to patient-relevant science; and influence on and encouragement of the next generation of PD investigators. The award itself is designed by renowned artist and Parkinson's patient Tom Shannon.

As the world's largest nonprofit funder of Parkinson's research, The Michael J. Fox Foundation is dedicated to accelerating a cure for Parkinson's disease and improved therapies for those living with the condition today. The Foundation pursues its goals through an aggressively funded, highly targeted research program coupled with active global engagement of scientists, Parkinson's patients, business leaders, clinical trial participants, donors and volunteers. In addition to funding $1 billion in research to date, the Foundation has fundamentally altered the trajectory of progress toward a cure. Operating at the hub of worldwide Parkinson's research, the Foundation forges groundbreaking collaborations with industry leaders, academic scientists and government research funders; increases the flow of participants into Parkinson's disease clinical trials with its online tool, Fox Trial Finder; promotes Parkinson's awareness through high-profile advocacy, events and outreach; and coordinates the grassroots involvement of thousands of Team Fox members around the world. 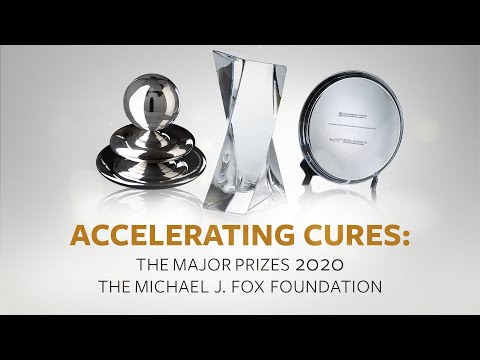