CHICAGO, April 21, 2021 /PRNewswire/ -- A new report from the American Lung Association finds more than 4 in 10 people (135 million) in the U.S. live with polluted air, placing their health and lives at risk. The 22nd annual "State of the Air" report shows that people of color were 61% more likely to live in a county with unhealthy air than white people, and three times more likely to live in a county that failed all three air quality grades. While the report finds some improvements in the nation's air quality, it is clear that in many parts of the country climate change is making our air quality worse.

"This report shines a spotlight on the urgent need to curb climate change, clean up air pollution and advance environmental justice," said American Lung Association President and CEO Harold Wimmer. "The nation has a real opportunity to address all three at once – and to do that, we must center on health and health equity as we move away from combustion and fossil fuels to clean, renewable energy."

The 2021 "State of the Air" report analyzes data from 2017, 2018 and 2019, the three years with the most recent quality-assured data from the U.S. Environmental Protection Agency (EPA). Notably, those three years were among the six hottest in recorded global history.

New research also shows that air pollution exposure can result in worse health outcomes from COVID-19. As the nation continues to respond to the pandemic and its disproportionate burden on hard-hit communities of color, reducing air pollution is critical for respiratory health now and in the future.

Each year, "State of the Air" reports on the two most widespread outdoor air pollutants: ground-level ozone pollution and particle pollution. Each is dangerous to public health and can be lethal. Below are the report findings for each category graded.

Particle PollutionUnhealthy particles in the air come from wildfires, wood-burning stoves, coal-fired power plants, diesel engines and other sources. Particle pollution, sometimes called soot, can be deadly. Technically known as PM2.5, these microscopic particles can trigger asthma attacks, heart attacks and strokes and cause lung cancer. New research also links particle pollution to the development of serious diseases, such as asthma and dementia, and to worse COVID-19 outcomes.

The report has two grades for particle pollution: one for "short-term" particle pollution, or daily spikes, and one for the annual average, "year-round" level that represents the concentration of particles day-in and day-out in each location.

Short-Term Particle PollutionIn large part due to wildfire smoke and residential woodburning, nearly 54.4 million people lived with dangerous spikes in short-term particle pollution, more than in any of the last five "State of the Air" reports.

Year-Round Particle PollutionMore than 20.9 million people lived in counties with unhealthy levels of year-round particle pollution. Of the 25 cities most polluted year-round by particle pollution in the U.S., 13 suffered worse year-round levels during 2017- 2019 than in the 2020 report that covered 2016-2018.

Ozone PollutionGround-level ozone pollution, often called smog, is a powerful respiratory irritant whose effects have been likened to a sunburn of the lung. Inhaling ozone can cause shortness of breath and trigger coughing and asthma attacks, and may shorten life. New research also links ozone exposure to an increased risk of metabolic disorders, including diabetes. Warmer temperatures driven by climate change make ozone more likely to form and harder to clean up.

More than 123.2 million people lived in a county earning a failing grade for ozone pollution, including many vulnerable people who are at an increased risk of harm from ozone, such as 28.1 million children and 18.2 million people age 65 or older.

Top 10 Cities Most Polluted by Ozone:

Cleanest CitiesThe report also recognizes the nation's cleanest cities. To make the list, a city must experience no high ozone or particle pollution days and rank among the 25 cities with the lowest year-round particle pollution levels.

"Too many people are breathing unhealthy air, and they are disproportionately likely to be people of color," Wimmer said. "Join us in calling on President Biden to promote environmental justice by prioritizing historically burdened communities for pollution cleanup and to receive the benefits of investments in the transition to electric vehicles and clean, renewable electricity."

Learn more about "State of the Air" at Lung.org/sota and sign the petition for the Biden Administration to promote clean air, a safe climate and environmental justice. For media interested in speaking with an expert about lung health, air quality, and climate change or threats to air quality in metro regions nationwide, contact the American Lung Association at [email protected] or 312-801-7628. 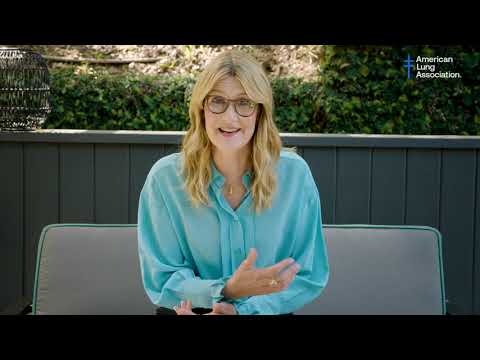