WASHINGTON, Sept. 29, 2020 /PRNewswire/ -- In honor of National Public Lands Day on Saturday, September 26, an annual celebration dedicated to restoring and improving public lands, the National Park Foundation announced a more than $3.7 million investment in service corps programs across the country during fiscal year 2020, up from approximately $3.5 million in fiscal year 2019.

Each crew consists of approximately ten individuals. They are following guidance from the Centers for Disease Control and Prevention to reduce the spread of COVID-19 and also adhering to Leave No Trace principles, helping to ensure the health and safety of both crew members and the parks themselves.

"Through public-private partnerships like service corps programs, we are able to engage a diverse group of park stewards," said Margaret Everson, Counselor to the Secretary, exercising the delegated authority of the National Park Service Director. "As we work to implement the historic Great American Outdoors Act, programs like this represent the type of important restoration work many of our national parks need."

According to The Corps Network, the national association of service and conservation corps, there are more than 130 service corps organizations across the country. Today's service corps follow in the footsteps of the Civilian Conservation Corps (CCC), a Great Depression-era federal work relief program that provided food, shelter, education, and a $30-a-month stipend to three million young men as they restored and enhanced public lands across the country. Trails, roads, and campgrounds that they built between 1933 – 1942 are still in use today.

Unlike the CCC, most present-day service corps are funded through public-private partnerships, like the crews funded by the National Park Foundation.

"Partnerships between corps and national parks are a win-win: young adults have the opportunity to learn new skills while helping our park managers complete critical maintenance work on our country's natural and cultural treasures," said Mary Ellen Sprenkel, president and CEO of The Corps Network. "Thank you to the National Park Foundation and numerous donors for making this work possible. These projects are an investment in our parks and in a new generation of stewards."

"Being on an all-women's crew this summer meant I could not only feel comfortable in my womanhood, but also empowered to break gender roles on a daily basis," said Stephanie Greenwood, senior crew leader for the Nevada Conservation Corps. "Being surrounded by such smart and capable women inspires me to work harder every day as a leader and I feel very honored to lead this amazing women's crew. I can only hope for a future full of more women's crews."

"I am so grateful for the National Park Foundation and the amazing women staff who work at Great Basin National Park," said Aurora Pinkey-Drobnis, director of operations at Nevada Conservation Corps (NCC), who created NCC's first all-women's crew. "They have provided a visibility that illuminates a pathway towards a successful career in conservation."

Last year, National Park Foundation-supported service corps crews contributed over 74,000 hours of service to 30 national parks, resulting in the building and restoring of over 250 miles of trail and the planting of more than 36,000 trees and other plant species.

The National Park Foundation is investing more than $3.7 million in service corps programs, including support from Find Your Park/Encuentra Tu Parque premier partner Nature Valley and partners Apple, REI Co-op, Free People, The North Face, and 3M Open Fund. Select projects are also being leveraged with federal funds that were authorized and appropriated for the National Park Foundation under the 2016 National Park Service Centennial Act (PL 114-289).

The values shared by the National Park Foundation and partners help ensure the service corps program will expand for years to come. The collective dedication to youth, job training, and the continued preservation of the National Park System are key to the program's success.

"We believe nature brings out the best in all of us. That's why Nature Valley is committed to supporting service corps crews across the country," said Scott Baldwin, business unit director, Grain Snacks at General Mills. "From the volcanic shores of Hawaii, to the highest peaks of the Blue Ridge Mountains, we are proud to support over 10 thousand miles of trail restoration in our national parks."

"It's time to ensure that everyone has access to the unforgettable, life-changing experiences made possible outside, and a meaningful role in shaping the future of our parks," said Nicole Browning, manager of local and inclusion marketing at REI Co-op. "An important piece of that work is shining a light on the ways that conservationists and stewards are leading in the fight for life outside, in a way that centers and celebrates voices and experiences that have too often gone unheard. Bringing together trail crews with a shared identity is one way we can elevate and connect communities working toward more inclusive and sustainable outdoors, and help build interest and capacity for the future of our national parks and public lands."

"We love that the women's service corps not only positively impacts the park with targeted restoration work, but also provides a professional experience for young women that otherwise wouldn't have gotten such a unique opportunity," said Julie Verdugo, director of sustainability and social impact at Free People. 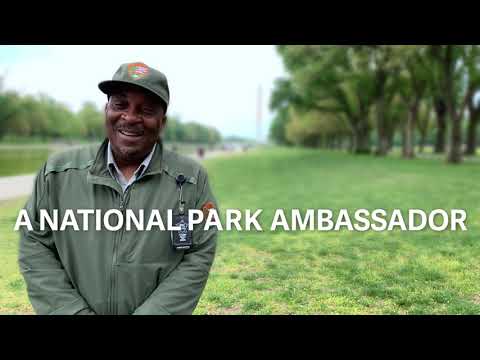