WASHINGTON, Aug. 19, 2020 /PRNewswire/ -- To commemorate the centennial of the 19th amendment, which prohibited states from denying the right to vote on the basis of sex, and recognize centuries of under recognized sacrifices and contributions to the U.S. made by women, including Black women, Indigenous women and all women of color, the National Park Foundation (NPF) today released the results of a new survey of 1,000 U.S. adults underscoring the need for investments in women's history and preservation efforts. A majority of respondents (64 percent) wish they knew more about women in U.S. history, and nearly two in three (60 percent) expect they would get a C or lower if they took a test on U.S. women's history. Another 74 percent indicated it is extremely or very important that national parks connect people to history.

To help bridge this gap, NPF announced 23 inaugural grants through its Women in Parks initiative which was launched in June 2019. With support from generous individuals, foundations and companies, these grants, totaling more than $460,000, will fund projects that unearth, preserve and highlight women's stories tied to national parks across the country. The grants will help connect people with these stories through physical and digital park exhibits, guided walks, talks and special events, online content like YouTube videos, podcasts, webinars and more.

"The National Park Service offers unique opportunities to learn about women's important contributions and how even their silent and diverse everyday lives formed the foundations of America," said National Park Service Chief Historian Dr. Turkiya Lowe. "Parks are spaces to ask complex questions about the history of the United States, including, 'Did all women obtain full voting rights after the passage of the 19th amendment?' 'And, if not, which women and where?'"

Whether it is documenting the life and legacy of prominent figures like Coretta Scott King, who had global significance through her civil rights work, or exploring women's political activity on the regional stage in copper mining communities in Michigan, the Women in Parks initiative supports a range of projects that will highlight the contributions women have made to our country and the role they continue to play in our ever-evolving narrative.

"Every park has a connection to women that can inspire current and future generations," said NPF President and CEO Will Shafroth. "The National Park Foundation and our donors, who played a key role in inspiring the launch of our Women in Parks initiative last year, are thrilled to make stories about women's contributions to our country, past and present, accessible to all people through parks and online."

NPF's Women in Parks initiative is inspired by the National Park Service's commemoration of the 100th anniversary of the ratification of the 19th Amendment and the bipartisan Women's Suffrage Centennial Commission. The initiative, which will continue throughout 2020 and beyond, is part of the National Park Foundation's ongoing efforts to help expand the stories and perspectives shared through national parks.

"The centennial of the 19th Amendment is an extraordinary opportunity to strengthen knowledge, research and outreach efforts related to the impact of women in all aspects of U.S. history," said Margaret Everson, Counselor to the Secretary, exercising the delegated authority of the National Park Service Director. "This partnership will enable national parks to tell a more complete and compelling story of the history of our nation."

From local philanthropic organizations and friends groups, to community-based organizations, national park and program partners are key collaborators in preserving women's history and making it accessible to all people. In addition, just like the parks themselves, every partner group has a connection to women.

"This grant will help ensure that the voices of women farm workers and union organizers are included in César E. Chávez National Monument's exhibits and public programming," said Eleanor Mahoney, NPS Mellon Humanities Postdoctoral Fellow in the History of Labor and Productivity, who is working with the César E. Chávez National Monument team on their NPF-funded Women in Parks project. "It will also hopefully serve as model for other national parks that want to highlight working-class Latinx and Asian American histories."

The inaugural NPF-funded projects include:

Individuals, foundations, and companies can support the National Park Foundation's efforts to ensure that women's history in the United States is shared, preserved, and leveraged to inspire current and future generations by visiting the NPF website. Thanks to generous anonymous donors, gifts to the Women in Parks fund will be matched up to $175,000. 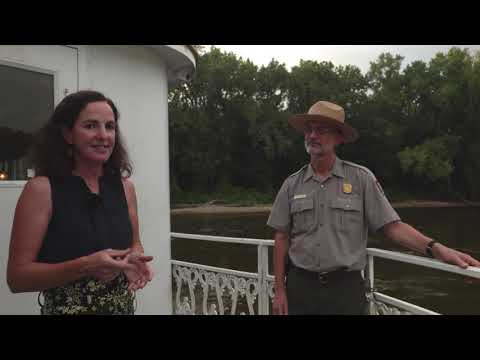