PARIS, Oct. 3, 2019 /PRNewswire/ -- In 2015, HRH Prince Robert of Luxembourg made a daring bet by presenting the cuisine of chef Christophe Pelé in a private mansion located in the luxurious heart of the "golden triangle" in Paris. The chef's approach instantly dazzled the world of gastronomy and Le Clarence was awarded two Michelin stars only one year after the restaurant's official opening. 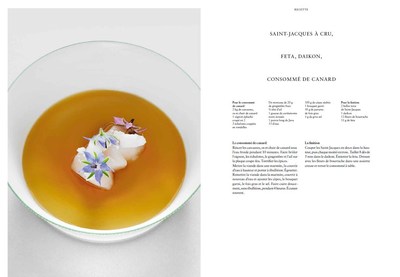 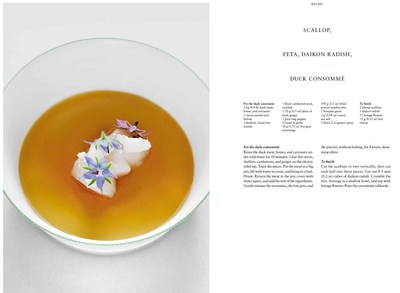 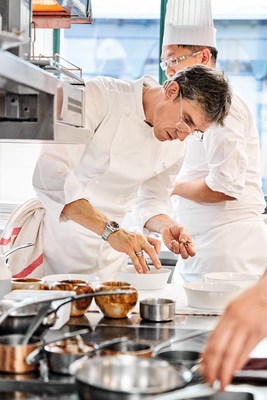 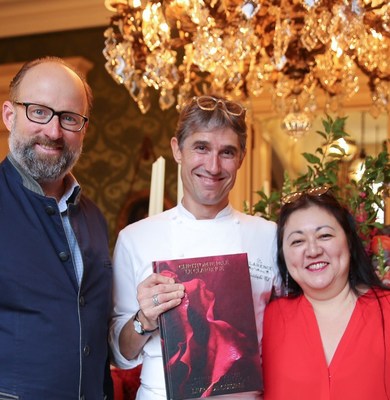 A stone's throw from the Champs-Élysées, Le Clarence is set in the Parisian seat of the family company Domaine Clarence Dillon. This illustrious entity is also the proprietor of three prestigious Bordeaux wine estates: Château Haut-Brion, Château La Mission Haut-Brion and Château Quintus. Over the last two decades a fine wine merchant, Clarence Dillon Wines and a retail business, La Cave du Château were also added to its portfolio by the Dillon family. In 2005, the Clarendelle family of wines introduced a further jewel in the crown.

"My plan was to create an environment similar to that of Château Haut-Brion right in the heart of the City of Lights", explains Prince Robert of Luxembourg. It may seem incongruous to some presenting such a free and modern cuisine in this most classic of settings. The creations of chef Christophe Pelé immediately won over Prince Robert of Luxembourg, who identified the Chef as "… kind of a rebel, who has acquired a very solid foundation and a deft command of traditional French cuisine". And so, Prince Robert invited Christophe Pelé to take the helm at Le Clarence.

A Cuisine that is inspired, passionate and dissident

Le Clarence offers not only one of the world's most surprising and exceptional cuisines, but also boasts one of the world's best wine list almost exclusively devoted to France's finest wines and spirits. This new establishment celebrates the French "Art de Vivre" in gastronomy and wine and elevates this to a whole new level.

It was necessary to call on the sensitivity and references of a true professional and seasoned epicurean, Mrs Chihiro Masui. Chihiro explains and expresses the discrete genius of Christophe Pelé's cuisine - his spontaneity, his inspiration, his compositions that stimulate the intellect and leave one spellbound.

"Never superficial, always honest, Christophe Pelé's cuisine is pure, timeless and without frills. His imagination and powers of seduction set him apart from all other", writes Chihiro Masui before going on to state: "Every dish, is both straightforward and yet remarkable in its precision. Without artifice, they cut right through and challenge any of our preconceived ideas about taste. Every composition, to the eye, nose and palate, display a purity, a restraint and something of the divine…". Chihiro Masui breathes in aromas, caresses ingredients and dissects textures to a point where the reader can actually taste what she is describing. Christophe Pelé's recipe book contains some 70 recipes, around 20 of which take the form of a dialogue and exchange with the Chef. Chihiro guides the reader to accompany the Chef on the journey of inspiration that allowed each dish to be born and reach the table where the flavours can reach their apex. His creative narrated recipe chronicles, come to resemble travel logs.

Richard Haughton's highly defined and suggestive photography perfectly complement and underline the exceptional prose of this book. His work aims to reflect the sensual and hedonistic experience that overwhelms anyone who has had the pleasure of dining at Le Clarence.

Christophe Pelé, chef at Le Clarence, author of the recipes

Two Michelin stars already adorned the entrance of his hugely popular small Parisian restaurant, La Bigarrade. Almost immediately after its opening, Le Clarence, situated at 31 Avenue Franklin Roosevelt in the 8th district of Paris, earned its two Michelin stars with Christophe Pelé as its resident chef. He knows this district well, having worked in the neighbourhood's finest establishments: Ledoyen, Lasserre, Pierre Gagnaire, Le Bristol and Le Royal Monceau. His naturally reserved disposition has kept him protected from the glare of the spotlight, despite his exceptional talent, that is now recognised worldwide. It is through this book that he makes his genius and recipes public for the first time. This is a long-awaited event for the French and international gastronomic scenes. In the ranking of the best restaurants in Paris drawn up by Atabula.com, Le Clarence won first place. The restaurant was rapidly featured on the prestigious La Liste. In February 2019, Le Clarence won its category in the international Oscars of wine, the World Restaurant Awards.

Chihiro Masui, author of the book

Chihiro Masui left Japan at the age of four with her journalist parents who settled in New York, London and finally Paris, where Masui studied philosophy. On her travels she gained extensive knowledge of the world's cuisines. She writes in three languages, for the international press and publishing, with a preference for the creations of great chefs. Several of her books have become benchmarks: Anton – Le Pré Catelan (2008), Éric Briffard – Le Cinq (2012), Noriyuki Hamada (2014), all published by Glénat, and also Astrance (2012), Kei (2014) and Sola (2015) published by Le Chêne, again in conjunction with Richard Haughton for the photographs.

Irish photographer Richard Haughton lives in London. He was first published at the age of 14 in The Architectural Review. His range of talents is wide and eclectic, from photography of the music world (Paul McCartney, Luciano Pavarotti, Daniel Barenboim, David Bowie and others), extending to dance and theatre (Bolshoi Ballet, English National Ballet, Michael Clark, James Thierrée and others) to the travel and fashion worlds. He has worked with Chihiro Masui on a large number of gastronomic projects over some 20 years.