NEW YORK, Dec. 16, 2019 /PRNewswire/ -- OUTFRONT Media Inc. (NYSE: OUT) announced today their Best in Show award and three discipline winners of their inaugural art competition OUTFRAME, which has given the "Artists of Adland" the opportunity to share their personal artwork outside of their everyday client projects, with the rest of the country. 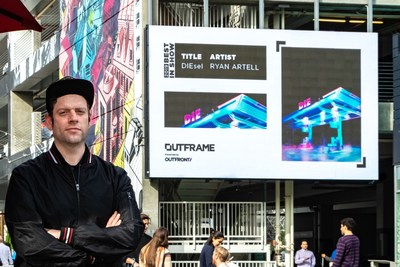 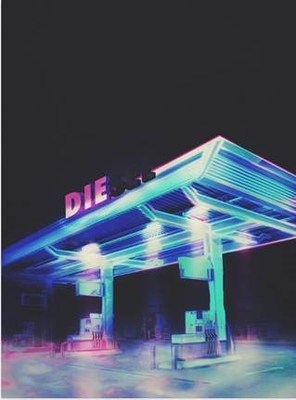 The four winning entries will be displayed on digital out of home assets across the country this month. In addition, the Best in Show's charity of choice, The Nature Conservancy, will be given media space in January. This displays the power of OOH canvases and the power of good.

"[The] image is clever, haunting, elegant, and poetic. Fossil fuels are finite and the earth and its species are fragile, so the word DIE could have multiple meanings. The image is seductive, but the soft haze in the image can be seen as dreamy or nightmarish. The colors are exhilarating, but unnatural, the aesthetics and statement of this image are rendered superbly," said Judge Shepard Fairey on Artell's winning artwork.

Ryan Artell, Art Director at RED Interactive Agency was awarded Best in Show for his piece titled "DIEsel," which was submitted within the digital discipline. Artell's artist statement was: "The year is 2085, all hope in humanity has been lost, and there are all but a few remaining outposts that contain life. Among the abandoned neon and technology there exists evidence of a past existence. Remnants of a time that once was, full of mass consumption and corruption. These structures have become statues, monoliths to a society that once was, but never will be again."

There were three 'Best in Discipline'  awards:

The OUTFRAME competition was created as a way to highlight adland artists and give them the chance to create without guidelines or brand rules, and share their true passions with the public.

Visit www.wegetyou.com/OUTFRAME or @OUTFRAME2019 on Instagram to view all the winners.

About OUTFRONT Media Inc. OUTFRONT leverages the power of technology, location and creativity to connect brands with consumers outside of their homes through one of the largest and most diverse sets of billboard, transit, and mobile assets in North America. Through its technology platform, OUTFRONT will fundamentally change the ways advertisers engage audiences on-the-go.