A Parkinson's Foundation Center of Excellence is a medical center with a specialized team of neurologists, movement disorder specialists, rehab professionals, mental health professionals and others with deep expertise in the latest PD medications, therapies and research to provide the best care. The Parkinson's Foundation Center of Excellence network is now comprised of 48 leading medical centers around the world, with 34 based in the U.S.

"The newly designated Centers of Excellence join a network that is setting the highest standards of care for people with PD worldwide," said John L. Lehr, Chief Executive Officer and President of the Parkinson's Foundation. "We are proud to further our commitment to improving the quality of life for people with Parkinson's and making a difference in underserved communities across the country."

In an effort to better serve areas with the greatest need, medical centers that focus on underserved populations were given priority in the application process. Other criteria included the ability to provide the highest level of evidence-based patient-centered care, conduct relevant clinical research that serves patient priorities, demonstrate leadership in professional training and conduct impactful patient education and community outreach.

"We learned so much about our own program going through the rigorous process to receive the designation as a Parkinson Foundation Center of Excellence," said Maureen Leehey, MD, FAAN, Professor of Neurology and Chief, Movement Section at University of Colorado Anschutz Medical Campus. "The team at the University of Colorado is thrilled to be part of a larger network of high-performing sites that allow us to share what we do well and create opportunities to raise the bar by incorporating successful programs from other sites."

It is estimated that a small percentage of those diagnosed with Parkinson's receive the best care from health professionals who specialize in this complex disease. The Center of Excellence network is an important part of the Parkinson's Foundation goal to ensure that everyone living with Parkinson's has access to expert care so they can live better lives. Every center must recertify after five years to ensure the required standards of care.

Many Parkinson's Foundation Centers of Excellence participate in the Parkinson's Outcomes Project — the largest clinical study of Parkinson's funded by the Foundation which tracks more than 12,000 people living with the disease over time to identify which treatments and therapies provide the best outcomes. Indiana University also plays a key role in the PD GENEration initiative, providing free genetic counseling for the study.

To search for a Parkinson's Foundation Center of Excellence, visit Parkinson.org/search or call 1-800-4PD-INFO.

About Parkinson's Disease Affecting nearly one million Americans and 10 million worldwide, Parkinson's disease is the second-most common neurodegenerative disease after Alzheimer's and is the 14th-leading cause of death in the United States. It is associated with a progressive loss of motor control (e.g., shaking or tremor at rest and lack of facial expression), as well as non-motor symptoms (e.g., depression and anxiety). There is no cure for Parkinson's and 60,000 new cases are diagnosed each year in the United States alone. 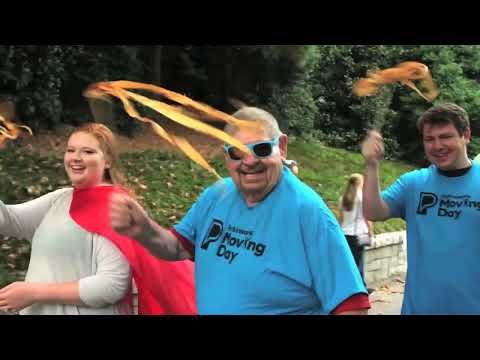