PURCHASE, N.Y., May 10, 2018 /PRNewswire/ -- Today, Pepsi announced its summer plans as part of this year's global creative campaign, Pepsi Generations, celebrating the brand's iconic role in music history. With the help of Pepsi musicians past and present, including King of Pop Michael Jackson, Ray Charles and Britney Spears, the new iteration of the campaign will continue to excite fans with a focus on music and entertainment programming, limited-edition cans, a seasonal release of Pepsi Stuff and breakthrough digital content. Through this summer celebration, Pepsi is reminding fans of all ages to unleash their youthful spirit and live life to the fullest. 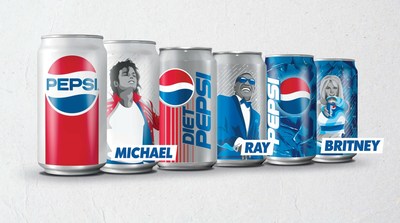 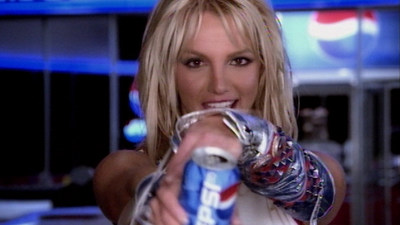 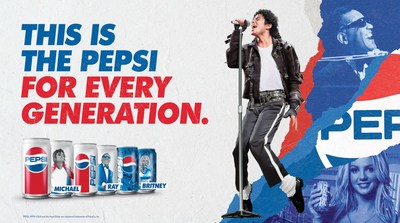 The world was first introduced to the Pepsi Generations campaign – a celebration of some of the brand's biggest pop culture moments – earlier this year through the "This Is the Pepsi" national Super Bowl commercial. From supporting emerging musical talent through platforms like Pepsi Sound Drop to marquee ads featuring world-class musicians and jaw-dropping Super Bowl Half Time Show performances, Pepsi's strong heritage in music will shine through in this phase of the global campaign, showcasing Pepsi as a force in music for decades to come.

"My partnership with Pepsi has always been really special to me. I'm so excited to be featured in the new Pepsi Generations Summer campaign," said Britney Spears. "It's fun, fresh and all about music. To be featured on a Pepsi can is such an honor, and I can't wait to see my fans enjoying them!"

"Pepsi Generations has been an incredibly special campaign for us and music has always been at the heart of it," said Stacy Taffet, Sr. Director, Marketing, Pepsi Trademark, North America. "This summer, we're continuing that momentum for consumers of every generation with incredible music partnerships, performances, integrations and brand new music and summer-themed Pepsi Stuff. We can't wait to give our fans a reason to celebrate the summer season."

Limited-Edition Icon Cans: To honor iconic musical partnerships of Pepsi past and present, the brand is rolling out limited-edition Pepsi Generations icon cans featuring superstars Michael Jackson, Ray Charles and Britney Spears, and retro Pepsi logos from each artist's era. The exclusive packaging will be found on regular Pepsi and Diet Pepsi for a limited time this summer and available at major retailers nationwide in 20-oz., 12-oz. can 12-packs and 24-packs. Fans can collect all three cans via multipacks which will feature one of the three artists in each pack.

Pepsi Stuff Summer Edition: Pepsi Stuff, the U.S. loyalty program that made its long-awaited return this year, is expanding its collection to feature summer-inspired retro gear and exclusive music giveaways. New Pepsi Stuff will be available starting May 14 through consumer codes found on specially-marked Pepsi packaging across regular, Diet Pepsi, Pepsi Zero Sugar and Pepsi Wild Cherry, and will include premiums such as beach coolers, grills, towels, headphones, beach chairs, t-shirts and more, as well as giveaways including the hottest concert tickets of the season such as Austin City Limits, Lollapalooza, VMAs, the Pepsi-sponsored Britney Spears tour – including meet and greets – and more. Visit PepsiStuff.com to participate.

To introduce the summer collection, Pepsi will release a new "This Is the Pepsi" commercial featuring one of today's top music superstars who will give fans a fun look at new Pepsi Stuff. Additional details around the advertisement will be released in the coming weeks.

Summer Music Integrations: Throughout the summer, Pepsi will be delivering exclusive music experiences and activations to its fans, including a concert event with Live Nation featuring some of today's biggest names in music. Pepsi is also partnering with Live Nation to integrate Pepsi Generations artist cups into their venues across the country this summer. Additional details and schedule for Pepsi's music initiatives will be announced early this summer.

Visit Pepsi.com for more information on Pepsi Generations and join the conversation via @pepsi and #PepsiGenerations #ThisIsThePepsi.