PURCHASE, N.Y., Dec. 7, 2020 /PRNewswire/ -- The city of Detroit has an energy – an uncrushable spirit and an unmistakable vibe. From the famed Detroit Industry Murals to the legends of motown, Detroit's role within American art, music and entertainment culture is immeasurable, and its people full of talent, passion and resiliency. To celebrate the vibrant soul of the city and partner with its community, Pepsi, a brand with a rich music and entertainment heritage, today unveiled "Full of Detroit Soul" – the brand's ode to the city it's inhabited for more than eight decades. 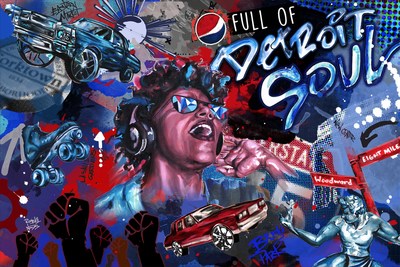 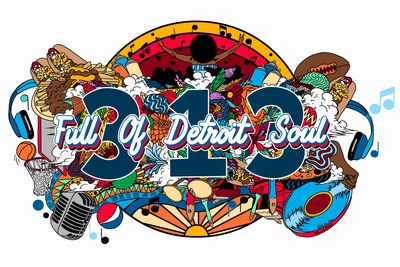 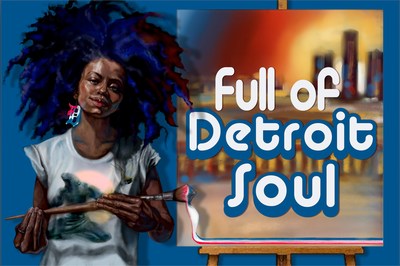 Pepsi "Full of Detroit Soul" is a multi-year community platform and creative campaign that builds upon and amplifies years of ongoing support of the Detroit community, all now housed under this new initiative. Made in collaboration with Detroit based artists and creators, the platform celebrates the city's storied history and impact on culture, while spotlighting the new class of artists influencing it today and providing ongoing and much needed support to the community it serves.

"For more than 80 years, Pepsi has been a part of Detroit's creative culture and community," said Nancy Gold, Marketing Sr. Manager, PepsiCo Beverages North America.  "As a Michigan resident, I am proud to showcase the creative energy, artwork and music this community has created from such talented people who reside in Detroit. Our hope through this platform is to partner with the community to shine light on its talent, both established and emerging, and give back to the community we call home."

To kick-off the first phase of "Full of Detroit Soul," Pepsi partnered with internationally renowned Detroit raised R&B singer/songwriter, KEM, as well as some of Detroit's most prolific and innovative local muralists – Désirée Kelly, Ndubisi Okoye and Sydney James – to create powerful Detroit-inspired murals which now canvas the city through "Full of Detroit Soul" billboards and wallscapes.

Throughout the month and into 2021, Detroit residents will see "Full of Detroit Soul" come to life across a multitude of ways.

Pepsi "Full of Detroit Soul" is the brand's latest initiative in the city. With a manufacturing facility and distribution center that employs more than 400 employees, over 470 pouring partners across the city, a 19-year partnership with the Detroit Lions, as well as the Detroit Tigers and more, Pepsi is no stranger to the city.  For years, the brand has been committed to giving back to the Detroit community. Over the last four years, Pepsi has contributed more than $1 million through local charitable donations and long-standing partnerships, including the Mosaic Youth Theatre of Detroit, Detroit NAACP, SER Metro Detroit, The Urban League of Detroit and Southeastern Michigan, Latin Americans for Social and Educational Development (LaSED) and many more.

In 2020 alone, PepsiCo and The PepsiCo Foundation have taken an active role in Detroit through trusted partners and causes to help in COVID-19 relief and racial equality efforts including a $600,000 grant to the Community Foundation of Southeast Michigan and Urban League Detroit for increased medical and economic aid to Black and Latino communities and a $30,000 donation to G1 Impact for Entrepreneurship Access. PepsiCo has also donated nearly 150,000 meals and products to Detroit residents through various partners this year.

For additional information on the "Full of Detroit Soul" campaign please visit FullOfDetroitSoul.com.

About PepsiCoPepsiCo products are enjoyed by consumers more than one billion times a day in more than 200 countries and territories around the world. PepsiCo generated more than $67 billion in net revenue in 2019, driven by a complementary food and beverage portfolio that includes Frito-Lay, Gatorade, Pepsi-Cola, Quaker and Tropicana. PepsiCo's product portfolio includes a wide range of enjoyable foods and beverages, including 23 brands that generate more than $1 billion each in estimated annual retail sales.

Guiding PepsiCo is our vision to Be the Global Leader in Convenient Foods and Beverages by Winning with Purpose. "Winning with Purpose" reflects our ambition to win sustainably in the marketplace and embed purpose into all aspects of the business.  For more information, visit www.pepsico.com