SEATTLE, April 20, 2018 /PRNewswire/ -- In remembrance of military members who have lost their lives while serving the United States, and in honor of the surviving families, PepsiCo launched its fourth annual "Rolling Remembrance" relay to help spread awareness for Children of Fallen Patriots Foundation (Fallen Patriots) yesterday in Seattle. 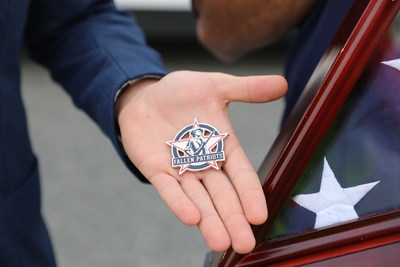 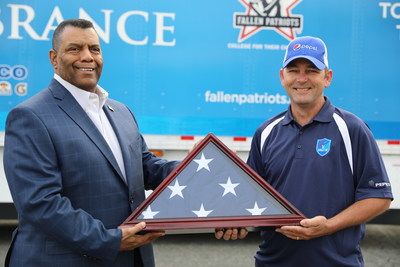 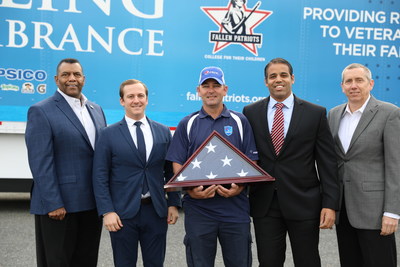 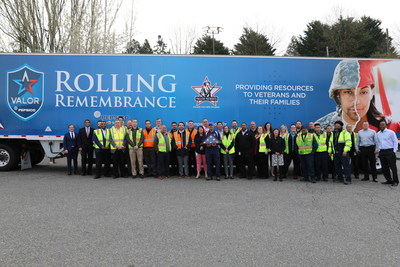 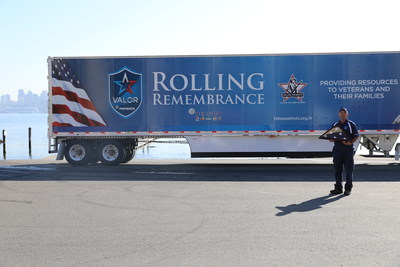 After leaving Seattle, this year's "Rolling Remembrance" relay will journey more than 8,000 miles throughout the United States and will conclude in White Plains, N.Y. Thursday, May 24, ahead of Memorial Day. Using normal business routes, U.S. Military Veteran PepsiCo North America Beverages and Frito-Lay North America drivers will pass off a flag to one another at 50 different relay points. After yesterday's stops in Tacoma, Wash. and Tumwater, Wash., the relay will stop in Mt. Angel, Ore. today before heading to its next location in Tracy, Calif.

Existing programs intended and designed to provide assistance for the education of children of deceased veterans do not cover the full cost of college and many surviving families struggle to make ends meet, with 63 percent of surviving spouses making less than $50,000 per year. Through scholarships and educational counseling, Children of Fallen Patriots Foundation has helped to bridge the $32,000 gap between government assistance programs and the cost of a four-year degree that scholars face. Children of Fallen Patriots Foundation believes that investing in the education of Gold Star children is one of the best ways we can honor those who died defending our country.

"Rolling Remembrance allows us to recognize the sacrifices of veterans and their families and contribute to a cause we believe in deeply," said Jim Farrell, PepsiCo Vice President of Logistics, Distribution and Transportation. "It is an honor to also have the ability to involve our own employees who have served their country, whether it's by giving them the opportunity to drive a leg of the trip or organizing events along the route."

The "Rolling Remembrance" flag was originally flown on a UH-60M Blackhawk Helicopter in Afghanistan during Operation Enduring Freedom 2012. As the flag moves from region to region, drivers and representatives will show their support locally by cheering on the drivers and taking photos to share on social media using #RollingRemembrance. Local communities can also show their financial support for Children of Fallen Patriots Foundation by visiting http://www.fallenpatriots.org/rr.

To date, "Rolling Remembrance" has raised more than $360,000 for Fallen Patriots, with $203,000 coming from last year's campaign. Children of Fallen Patriots Foundation continues to identify and support the 20,000 Gold Star children who have been left behind by troops killed in the line of duty over the past 35 years.

"PepsiCo is known for its passionate dedication to serving veterans and their families. PepsiCo's Rolling Remembrance program has provided 58 years of college to children whose parents made the ultimate sacrifice for our country," explains David Kim, co-founder and CEO of Children of Fallen Patriots Foundation. "PepsiCo and its dedicated and caring employees have played a crucial role in honoring the sacrifice of our fallen heroes by investing in the future of those they loved most – their children."

About Children of Fallen Patriots Foundation Since 2002, Children of Fallen Patriots Foundation has provided more than $21 million in total assistance, including college scholarships, supplemental grants and educational counseling to more than 1,000 military children who have lost a parent in the line of duty.  Nearly 20,000 children from all across America will need future assistance.  Help today by visiting fallenpatriots.org/rr .

At the heart of PepsiCo is Performance with Purpose – our fundamental belief that the success of our company is inextricably linked to the sustainability of the world around us. We believe that continuously improving the products we sell, operating responsibly to protect our planet and empowering people around the world is what enables PepsiCo to run a successful global company that creates long-term value for society and our shareholders. For more information, visit www.pepsico.com.

MTN DEW® Invests in HBCU Gamers to Level the Playing Field with...