PURCHASE, N.Y, Jan. 10, 2018 /PRNewswire/ -- Three former NFL greats are back in the limelight – not on the field, but in the kitchen, as part of PepsiCo's (NASDAQ: PEP) Game Day Grub Match. 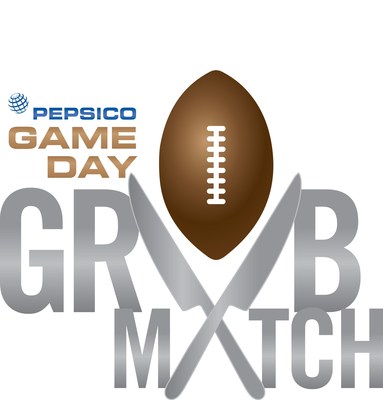 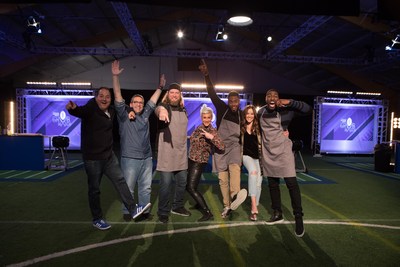 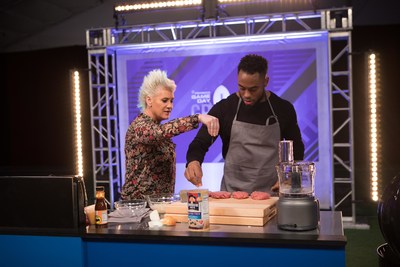 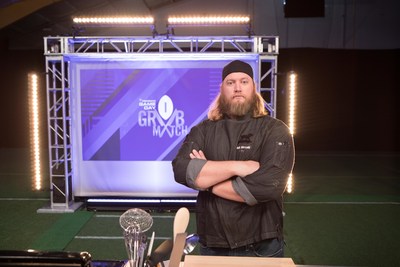 The athletes were challenged to prepare game day dishes using PepsiCo food and beverage products as ingredients – from Doritos to Tropicana, Sabra hummus to Naked Juice, Tostitos to Quaker Oats. The three-episode competition, which was designed and brought to life by PepsiCo in collaboration with Vox Media, owner of SB Nation and Eater, and their in-house content studio, Vox Creative, can be viewed at www.GameDayGrubMatch.com, starting today.

The winning athlete's dish will be featured on the Buffalo Wild Wings menu at Mall of America in Minneapolis during Super Bowl LII weekend. The athletes each incorporated a Buffalo Wild Wings sauce into a wing challenge featured in the final episode. PepsiCo will also provide a $25,000 donation to Taste of the NFL's Kick Hunger Challenge to benefit a local food bank in the city of the winning athlete's choice. As part of the program, PepsiCo and the PepsiCo Foundation are once again sponsoring Taste of the NFL's "Party with a Purpose," a charity event that raises money and awareness for the fight against hunger.

One lucky fan will also have a chance to be part of the action. Through January 15, consumers are encouraged to visit www.GameDayGrubMatch.com and enter a 60-second video about why they deserve to be the PepsiCo Super Bowl LII Social Correspondent and win a trip for two to Minneapolis for the big game. The winner will post about their on-the-ground experiences during Super Bowl weekend on SB Nation's social handles.

"PepsiCo's snacks and beverages have been staples of Super Bowl parties for decades and Game Day Grub Match takes it to the next level, bringing the worlds of food and football together in a really fun way," said Chef Kalil. "The athletes brought their A-game to this competition and I was really impressed at what they cooked up – especially under the pressure of a time clock and heckling judges like me!"

The Contestants… and their Dishes

The contestants competed in three challenges, each chronicled in one of the Game Day Grub Match episodes:

Spoiler alert – the winner was Nick Mangold! His Cool Ranch Doritos-Crusted Wings with Buffalo Sauce and Sabra Ranch Tzatziki Dip will be featured on the Buffalo Wild Wings menu at Mall of America during Super Bowl LII weekend. His recipe and others can be found on www.pepsico.com/recipe. Mangold has also decided to direct the $25,000 donation to a New York City food bank, through PepsiCo's partnership with Taste of the NFL.

"Great food, great football. It doesn't get any better than that – especially when you win!" said Mangold. "I'm thrilled my skills in the kitchen also allowed me to support the fight against hunger and help feed those in my local community."

About PepsiCo        PepsiCo products are enjoyed by consumers one billion times a day in more than 200 countries and territories around the world. PepsiCo generated approximately $63 billion in net revenue in 2016, driven by a complementary food and beverage portfolio that includes Frito-Lay, Gatorade, Pepsi-Cola, Quaker and Tropicana. PepsiCo's product portfolio includes a wide range of enjoyable foods and beverages, including 22 brands that generate more than $1 billion each in estimated annual retail sales.

At the heart of PepsiCo is Performance with Purpose – our fundamental belief that the success of our company is inextricably linked to the sustainability of the world around us. We believe that continuously improving the products we sell, operating responsibly to protect our planet and empowering people around the world is what enable PepsiCo to run a successful global company that creates long-term value for society and our shareholders. For more information, visit www.pepsico.com.

About PepsiCo FoundationEstablished in 1962, the PepsiCo Foundation works with non-profit partners to develop innovative, sustainable solutions that address challenges in underserved communities around the world. The Foundation, along with PepsiCo and its employees, seeks to catalyze efforts that advance our Performance with Purpose 2025 goals.