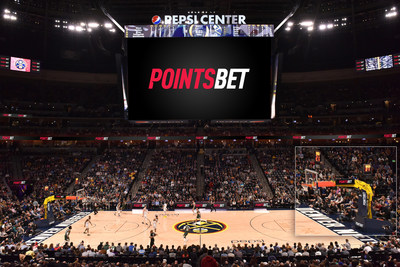 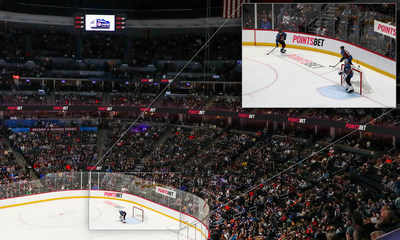 "PointsBet is renowned within the gaming industry for product innovation and its unique PointsBetting product, as well as for having the fastest app in the marketplace," KSE EVP & Chief Operating Officer Matt Hutchings said.  "Sports fans are hungry for the added dimension that fantasy sports and gaming add to their experience.  We know that Nuggets, Avs, and Mammoth fans will be excited to have the opportunity to engage more deeply with their favorite teams via PointsBet.  PointsBet demonstrated just how much they value Denver and the Rocky Mountain Region, when they chose to locate their United States headquarters here in Colorado. They recognize, as do we, that Denver is a fast-growing and dynamic city home to some of the most passionate sports fans in the world."

"It was instant from day one there were shared values between the Kroenke Sports & Entertainment team and PointsBet, with a clear focus for putting our fans and customers first. We've long stated that our goal is to become synonymous with Colorado sports betting, and this exclusive partnership with our hometown teams in the Denver Nuggets, Colorado Avalanche, and Colorado Mammoth, plus premium entertainment spaces within their playing arena, is a momentous step in that process," noted Johnny Aitken, CEO of PointsBet USA. "We have defined ourselves via our proprietary, in-house technology on delivering the fastest and easiest sports betting experience in the USA, and Denver sports fans in-arena or at home watching games on the Altitude Sports Network will be provided many ways to elevate their viewing experience engaging with our market-leading PointsBet Sportsbook app."

The partnership is soon to be bolstered with the release of the upcoming KSE mobile app, designed to dramatically improve the experience of planning and attending an event at Pepsi Center. Upon launch, PointsBet will be the app's title sponsor and will be prominently incorporated via digital media and branding, social posts, push notifications, and more. PointsBet-specific push notifications and a PointsBet digital presence will also be featured in the respective apps of the Nuggets, Avalanche, and Mammoth. PointsBet will work with the Nuggets and Avalanche to further enhance fan engagement and experience via alumni appearances and events.

Though not yet available in the state of Colorado, PointsBet is expected to soon release its market-leading sports wagering app for sports bettors within the Centennial State. Those interested can currently participate in the company's free-to-play challenge, the PointsBet Pick 6, a contest-style game that allows sports fans across the country to experience PointsBet's premier service and technology while presenting an opportunity to win $25,000 every week. A true hometown sportsbook for the Colorado consumer, PointsBet is proud to have recently began construction on their new flagship US headquarters, based in the LoDo area of downtown Denver. The premier global sportsbook operator will also have a retail presence at Double Eagle Hotel & Casino in Cripple Creek, CO.

About PointsBetHeadquartered in Denver, Colorado, PointsBet is one of the fastest growing sportsbooks in the country and is rapidly expanding its U.S. footprint. Originally founded in Australia, PointsBet is a cutting-edge sportsbook operator that prides itself on having the quickest and most user-friendly app (iOS and Android) while also providing the best content and experience for sports bettors. PointsBet is the only U.S. online bookmaker to offer PointsBetting – a unique and innovative way to bet – and has also introduced a slew of well-received, bettor-first initiatives. PointsBet offers the most markets on all four major U.S. sports (NFL, NBA, MLB, NHL) and PointsBetting in the world. PointsBet announced the company's Initial Public Offering on the Australian Securities Exchange on June 12, 2019. For more information, visit www.PointsBet.com.