ELDON, Mo., Dec. 17, 2019 /PRNewswire/ -- Today, advocates for the Rock Island Trail applauded the signing of an interim trail-use agreement between the Missouri Department of Natural Resources (DNR) and the Missouri Central Railroad Company, a subsidiary of Ameren Missouri (Ameren). The agreement, announced at an event at Rock Island City Park in Eldon, marks a significant, historic step forward in the years-long effort to preserve the 144-mile Rock Island Railroad corridor between Windsor and Beaufort, Missouri, as a trail.

"Missouri is incredibly lucky; corridors of this type are few and far between. That's why we've been working so hard alongside our partners in the state to protect this corridor and its potential to become a world-class trail," said Eric Oberg, director of trail development for Rails-to-Trails Conservancy's (RTC's) Midwest Regional Office. "So many people—from Missouri, across the country and around the world—are looking forward to the day they can experience the Rock Island Trail. Today, we're closer than ever before to making that experience a reality."

The interim trail-use agreement signed today between Ameren and the state of Missouri creates a two-year contingency period to conduct a capital campaign to generate private investment in the trail. During years of negotiation with trail advocates, local residents and Ameren, the state has made clear its interest in securing local partnership and private funds to develop the corridor. To date, more than $600,000 has been pledged to support trail development, and communities along the corridor have indicated their willingness and ability to develop the corridor as a trail. This summer, Gov. Mike Parson signed a bill establishing the Rock Island Trail State Park Endowment, managed by the Missouri Treasurer's office, to accept donations and grants to develop the trail.

"This is a good day for the Rock Island Trail," said Greg Harris, executive director of Missouri Rock Island Trail, Inc. "All along the route of the Rock Island line, there is incredible enthusiasm for what a trail could deliver—economic opportunity, tourism, recreation and more. We've heard from tens of thousands of Missourians that they want this trail. The Rock Island Trail communities are ready to do their part to develop the trail. Now, the state is taking a big step in making that happen. Next is getting this deal to a place where we can begin to break ground."

Under the agreement, Ameren has committed to funding the entire second phase of the environmental assessment of the corridor, further demonstrating their commitment to the trail and the potential it holds for the state and the communities along the corridor. In 2014, Missouri State Parks, RTC and other Missouri partners succeeded in convincing Ameren, the corridor's owner, to pursue railbanking of the 144-mile segment between Windsor and Beaufort for rail-trail conversion. The rails and ties have been removed, and the corridor is ready to be donated for trail development. Numerous communities have offered partnerships to further develop the trail within their city limits, and then to maintain and police it.

The Rock Island corridor could become a piece of one of the world's largest rail-trail loops; when complete, it will connect with the Katy Trail for a seamless route stretching more than 450 miles across the state. The trail's potential economic benefit has already been demonstrated by the Katy Trail, which, according to a 2012 Missouri State Parks report, attracts 400,000 visitors annually and generates a total economic impact of over $18 million. The Rock Island Trail would serve as a multiplier of these benefits.

To date, RTC and its partners in Missouri have mobilized nearly 30,000 public comments in favor of developing the Rock Island Railroad corridor into a trail.

Rails-to-Trails Conservancy is the nation's largest trails organization—with a grassroots community more than 1 million strong—dedicated to connecting people and communities by creating a nationwide network of public trails, many from former rail lines. Connect with RTC at railstotrails.org and @railstotrails on Facebook, Twitter and Instagram.

Missouri Rock Island Trail, Inc. is a 501(c)(3) nonprofit coalition of citizens and communities with a mission to preserve the Rock Island corridor and build a hiking and biking trail. Learn more at rockislandtrail.org. 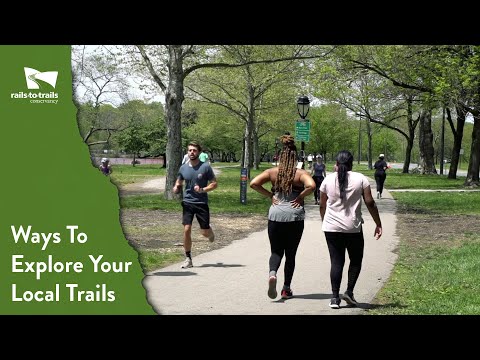 Experts Point to Safe Spaces Away From Busy Streets, Like Trails, ...