LAS VEGAS, Oct. 6, 2020 /PRNewswire/ -- Today, Morrissey announces his rescheduled, not-to-be-missed, sure-to-be-life-changing residency "Morrissey: Viva Moz Vegas" at The Colosseum at Caesars Palace on the Las Vegas Strip for five nights only in summer 2021. Tickets are now on sale to the general public. 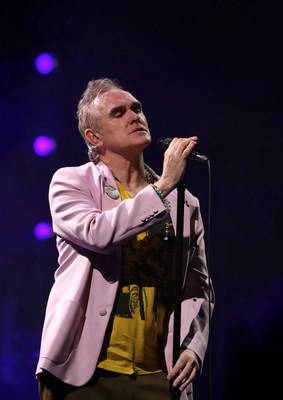 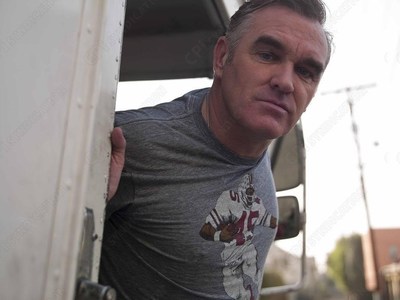 Morrissey, once voted the second-greatest living British cultural icon (behind David Attenborough and before Paul McCartney), takes on this residency as his second theatrical outing following a hallmark sold-out Broadway residency at the Lunt-Fontanne Theater in New York City, a string of acclaimed tour dates with alt-rock icons Interpol last fall, and the release of his 13th solo album "I Am Not A Dog on a Chain." The Vegas residency will serve as an intimate, invigorating dive into Morrissey's expansive career from his early days to the new album. As an artist who is always trying new things, and never wanting to repeat himself, this could be fans' only chance to experience the provocative combination of Morrissey in Las Vegas. These shows are not to be missed.

General ticket prices beginning at $59, plus applicable tax and fees, are now on sale at www.ticketmaster.com/morrisseyvegas

The full performance schedule with new dates is below with all shows starting at 8:30 p.m.

"All of the mood swings are centered by his voice: a long-breathed croon that breaks, at precise moments, into a cascading melisma...on Broadway, Morrissey had been as intimate as his songs themselves, but he stayed true to his persona."—The New York Times

"...he milks all of his inherent self-deprecation for what it's worth, and that's exactly what his fans want... Morrissey's singing that was the star of the night."—Rolling Stone

"The alt-rock icon was comfortable, crackling and alive when he hit the stage."—Billboard

"...his voice has barely aged at all; it's like a Dorian Gray of the larynx."—Variety

"With Morrissey's laconic, lyrical baritone ringing through the theater, it was as if he was fulfilling a choirboy's childhood dream to sing on Broadway..."—New York Post