BOSTON, Sept. 30, 2021 /PRNewswire/ -- SimpliSafe®, maker of award-winning home security systems, and USAA Alliance Services, LLC, the top organization serving active and retired military and their families, today announced a relationship that will offer USAA members savings on SimpliSafe's DIY smart home security and professional monitoring. This is the latest way SimpliSafe is delivering on its mission to help make every home secure and protecting homeowners from key causes of costly insurance claims.

Starting today, USAA members will be able to choose between one of two discounts on SimpliSafe's custom-designed DIY solution offering:

The 16-piece system was curated with the needs of USAA members in mind and includes components that help protect against many of the leading causes of homeowners insurance claims, such as leaks, fires, theft and more.

SimpliSafe offers USAA members an additional home security option that is easy to set up with no long-term commitments to help members keep their families safe.

Matt Wolf, Head of Partnerships at SimpliSafe, elaborates, "We are pleased to be working with USAA Alliance Services, LLC, a brand that, like SimpliSafe, is synonymous with trust. As we forge forward in our mission to make every home secure by expanding our services to more homeowners, we are honored to offer protection and peace of mind to active and retired military members and their families who do so much to serve our country."

About SimpliSafeSimpliSafe fundamentally changed the alarm industry, pioneering a new way to make home the safest place on earth for everyone. Founded in 2006, SimpliSafe now protects millions of people and is committed to its founding goal: to make every home secure. SimpliSafe has been coined the number one home security pick by several highly-esteemed publications and was recently awarded in multiple categories for "Best Home Security Systems of 2021" by U.S. News & World Report.

SimpliCam, SimpliSafe, and the SimpliSafe logo are the registered trademarks of SimpliSafe, Inc. in the US and other countries.

About USAA Founded in 1922 by a group of military officers, USAA is among the leading providers of insurance, banking and investment and retirement solutions to more than 13 million members of the U.S. military, veterans who have honorably served and their families. Headquartered in San Antonio, TX, USAA has offices in seven U.S. cities and three overseas locations and employs more than 36,000 people worldwide. Each year, the company contributes to national and local nonprofits in support of military families and communities where employees live and work. For more information about USAA, follow us on Facebook or Twitter (@USAA), or visit usaa.com.

1 SimpliSafe offer valid only for those who purchase a new SimpliSafe system that includes at least one (1) Base Station, one (1) Keypad and two (2) Additional Sensors. Not valid with any other offers. SimpliSafe Terms of Sale and all other applicable SimpliSafe Terms and Conditions apply. 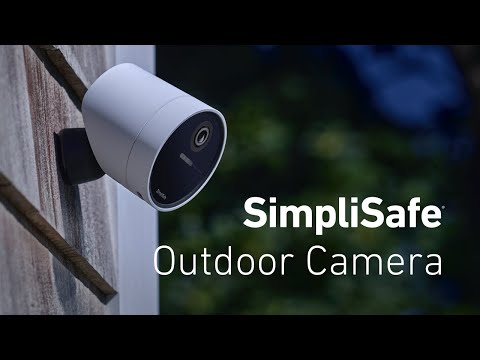