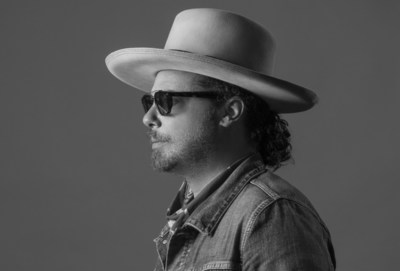 Under the agreement, Audio Up is expected to create new original scripted podcasts for SiriusXM and its owned audio platforms - which include the SXM App, Pandora, and Stitcher - while also collaborating with SiriusXM to develop new audio entertainment concepts and forge new promotional and distribution synergies across SiriusXM properties, furthering SiriusXM's place as a leader in podcast hosting, production, distribution, analytics, and monetization.

The agreement gives SiriusXM an exclusive "first-look" co-production option for new Audio Up original podcast concepts, with accompanying options for exclusive distribution across SiriusXM properties, as well as exclusive rights to manage and sell advertising inventory and sponsorship in connection with any podcast produced for SiriusXM through its SXM Media combined sales organization.

In addition, Audio Up announced today that it has completed a $12 million Series B funding round led by SiriusXM. Andrew Moss, SiriusXM's Senior Vice President, Business Affairs and Programming Operations, has also joined the Board of Directors of Audio Up.

Forthcoming new Audio Up original podcast series include The Playboy Interview, which presents teleplay-type reenactments of some of the most iconic Playboy Interview conversations in history, featuring Taye Diggs as Muhammad Ali, Rosanna Arquette as Betty Friedan, Gina Gershon as Oriana Fallaci, among others.

A variety of original podcasts from Audio Up's back catalog will also be re-presented across the SXM App, Pandora, and Stitcher, including:

"Podcasts have only scratched the surface of their potential as a powerful driver for discovery, and an entertainment medium with virtually no creative boundaries," said Audio Up CEO and Founder, Jared Gutstadt. "With the vast reach and wide diversity of listeners that SiriusXM, Pandora and Stitcher together represent, we not only have a massive new multi-platform outlet for our original programming, but in SiriusXM we have a creative ally who shares our ambitions to keep pushing podcasting forward."

Audio Up is expected to be an additional creative driver for SiriusXM in connecting artists, labels, brands, and creators of all types in developing new audio entertainment programming across SiriusXM channels, and exploring new possibilities for original scripted, podcasts and branded audio content opportunities for advertisers.

"Whether it's inventing a new breed of boundary-breaking original podcasts or developing innovative audio concepts that let brands and creators connect with listeners in new ways, Jared and Audio Up have become the place where talent meets technology," said Scott Greenstein, President and Chief Creative Officer of SiriusXM. "Audio Up is known for creating podcasts that combine music, entertainment, and rich storytelling to create bold new listening experiences, and we're thrilled to welcome them to our extended SiriusXM family."

About Audio UpAudio Up Media is a podcast content production studio, housing a world of infinite, audio-based properties. Headed by Audio Up CEO and Adweek's 2020 Podcast Innovator of the Year and Podcast Producer of the Year recipient, Jared Gutstadt (formerly of the Jingle Punks), Audio Up is building an ecosystem of premium entertainment content within the music and audio space. From fictional scripted podcasts, which include a Marvel-like universe of musicals, where the records themselves become the story foundation, to one-on-one interview formats, Audio Up's goal is to create a new and innovative form of IP.  They are bringing audio blockbusters to life and taking this media from black and white, into technicolor. Current properties include the riveting top 20 crime podcast Where The Bodies Are Buried, Michael Cohen's new chart-topping podcast Mea Culpa, and recent Webby honoree in Podcasts: Interview/Talk Show, Going to Bed with Garcelle with Garcelle Beauvais.  Scripted projects include 2021 Webby nominee Make It Up As We Go with Scarlett Burke, Miranda Lambert, Lindsay Ell and other huge country entertainment; recent Webby honoree for Best Limited Entertainment Series Podcast Halloween in Hell with Machine Gun Kelly, 24kGoldn and iann dior; and Strawberry Spring, the first-ever adaptation of the classic short story by Stephen King, and current number one trending podcast globally, according to charitable, starring Garrett Hedlund and Milo Ventimiglia.

Alicia Keys Returns to the Apollo to Perform One Night Only...

Nathaniel Rateliff & The Night Sweats to Perform in New...